Brian Little reports that Circuit City has dropped their price on Freelancer to $19.99. Their online site appears to be out of stock, but a quick look around reveals some other price drops. Electronics Boutique and Best Buy have lowered the price as well and they do appear to have copies in. Amazon.com has the best deal we've found at a whopping $16.99. GameStop seems to be about the only place that hasn't yet dropped, and I expect them to follow soon. Best Buy is also listing an interesting Freelancer Soundtrack. 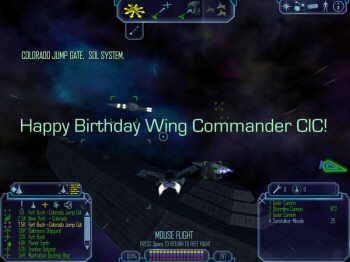 Well, LOAF has made it to Boston and has met up with ace, and they're having a great time. LOAF has already been attacked by vicious Boston birds who stole an entire sandwich from him. Meanwhile Frosty is trying to make his way there, but has somehow managed to miss several trains.

Update: Frosty reports that he is now on the train and heading to Boston. But there was no background noise at all on the phone, so he is probably lying.