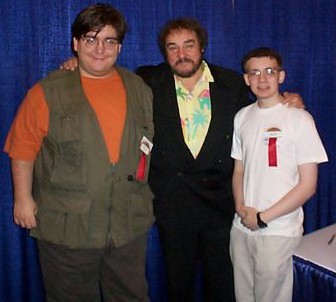 In an unusual twist, the Amazon.com date for Prophecy Advance has jumped up a month. They are now expecting the game to ship on May 13. Although these dates do seem highly tentative, you have to wonder what information they get to move a date up. You can see for yourself here.

TC and Tolwyn keep reminding me that a number of talented fans are ambitiously trying to pull off a big Privateer mod for Freelancer.

Hello, I'm Bob McDob. You may already know me as the "Account ID" guy, or from wcnews, or "the guy who keeps dying in a Rhino" on the Drakhai server. Anyway, my plan is to make a WIng Commander Privateer Mod for FL.
There is already preliminary work on models, thanks to the Wing Commander Universe mod for the open-source Vega Strike engine. Most of the fighters have been completed, however problems have been encountered regarded capital ships. I understand work is progressing on capital ships in FL, but not enough for them to be totally reliable. Nevertheless, we will proceed.
To summarize: If we can work out a project, and consolidate our efforts and procedures to maximize productivity, we shall be victorious, and maybe I can stop talking like Dilbert's boss.

Information on this project is scattered a lit bit as they're in the process of organizing. The original background info can be found in the Lancers Reactor forum here. Most of their efforts are being organized here. Get in touch with the team if you think you can help!

We'll have to ask Wilson to do the Elvis Pose for us at Dragon*Con this year.