Thanks. I have a question for all you. I need a Kilrathi name for some new ships. One of them is the Starbase Constructor from this image. Similar to the Ralarrad Destroyer but smaller. Other ship with a Kilrathi name would be the Colony Ship. Any suggestions? 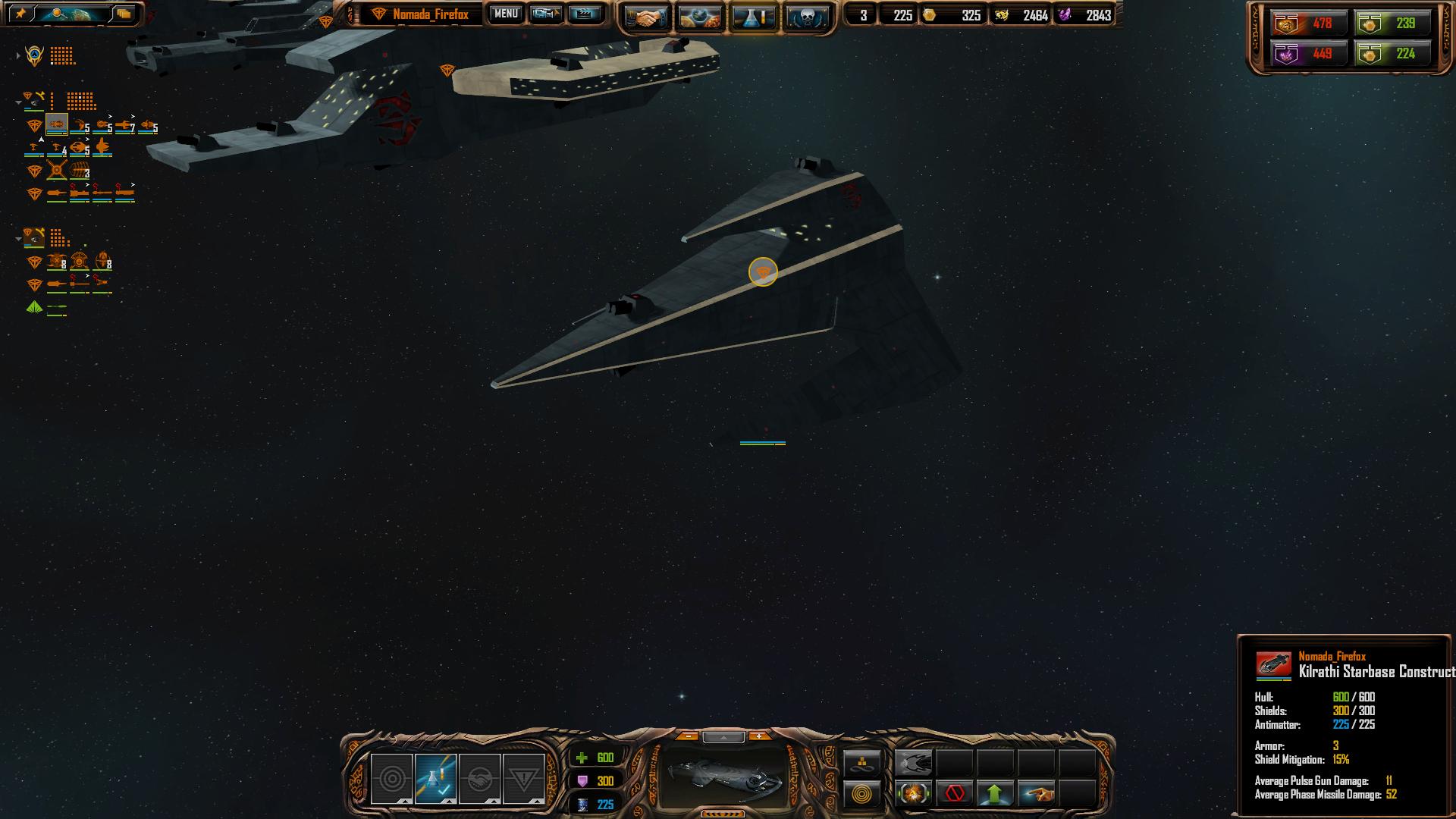 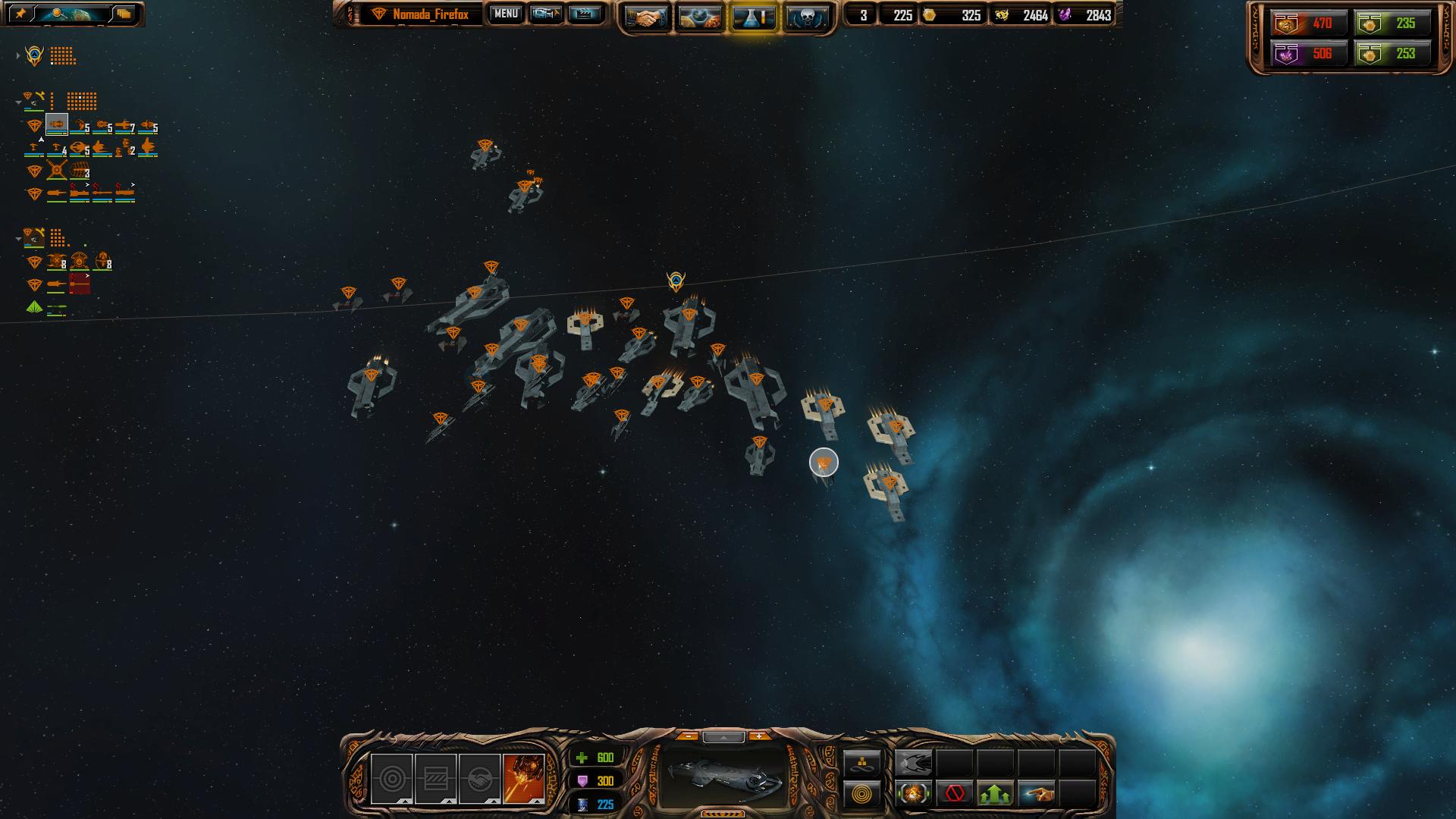 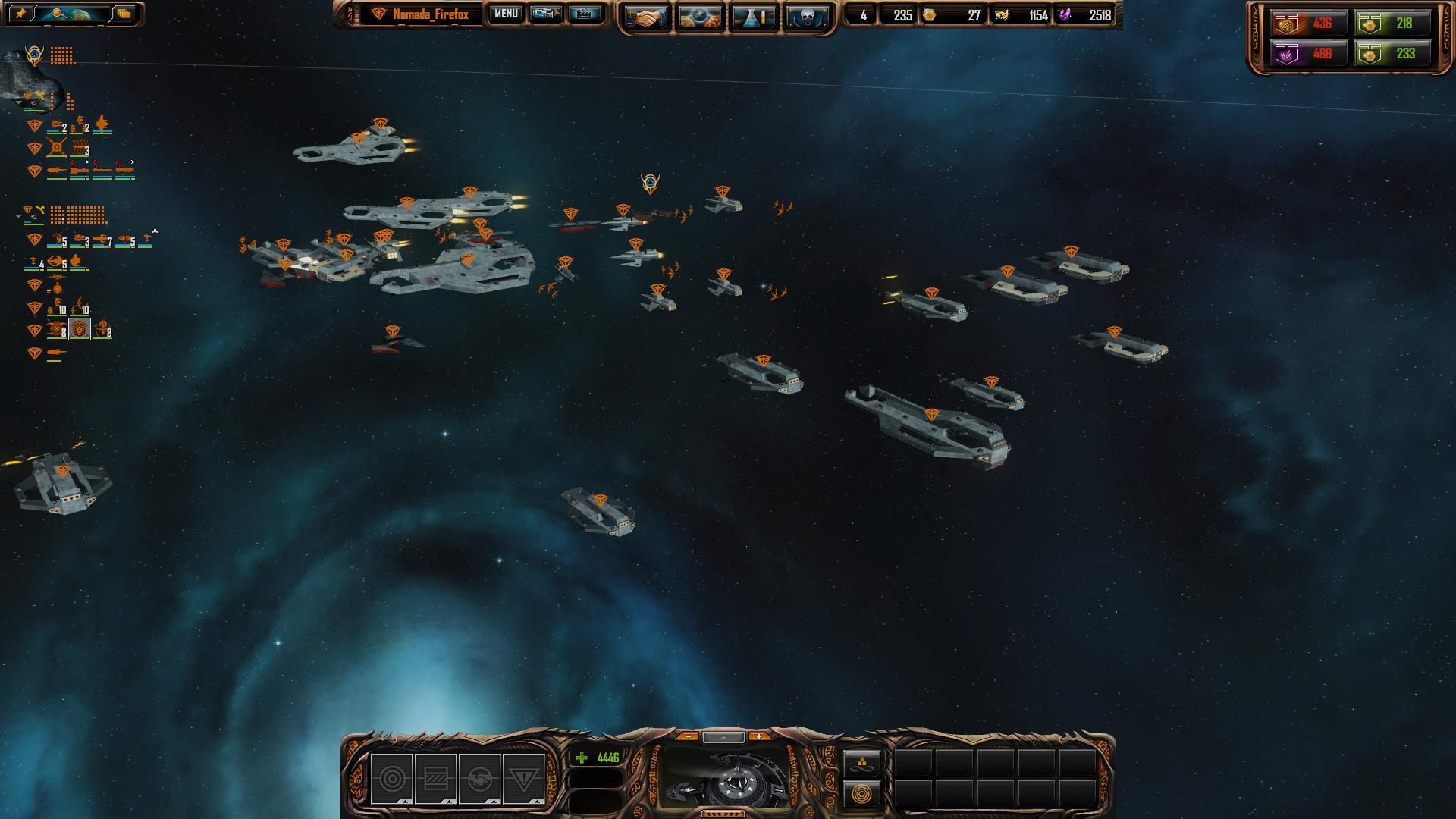 Hmm...if I were using my K/E lexicon, I might suggest Dantdargi-class or Dantdargbhi-class for the starbase constructor, and perhaps Dalant-class for the colony ship (a longer version would be "Dalantakavant-class" if you wanted to use the full word for "colony", though that strikes me as a bit of a mouthful). Both suggestions would be somewhat literal translations of what the craft does, and both suggestions make use of -ant (craft) over the more literal shint (ship).

Thanks by the info.
D

You make me to install this game again

Good. Just for the record, there is a small misunderstanding in the WC news. I did not tell how I have been developing the mod for one year. I told how I was thinking about it. All the stuff showed, it was added from one month ago until now.

Today perhaps you think how I have reduced the speed but.........it is not true. I have been adding more icons, some of music, some proyectiles because I wanted show this weekend or before a video playing with the Kilrathi.

More progress. The Zhufeng, Shivier and the Kilrathi Shuttle. The Shivier is the Snakier from the Wing Commander film renamed because there is other Snakier from the older games. Other curious thing is the scale, I use a similar scale to WC Invasion game from EAW which it is very similar to the original scale from SOASE. I find some lenght descriptions from the WC Encyclopedia very curious because they are very big.

About the turrets added in the Shivier. Their purpose is only cosmetic, the turrets in SOASE have not movement. There was some tries with it but nothing good. By this reason, I do not need very good designs and at the end, I can improve them in the future. But one point from all the mod is to get massive battles and these easy models are great for it.

The Kilrathi Shuttle is the replacement for the corvette. It has small weapons and it can capture enemy ships with boarding parties. With some additions in the texture effects, a poor model looks very good.

The Zhufeng is a fast attack capital ship similar to the Hades from the Confederation. 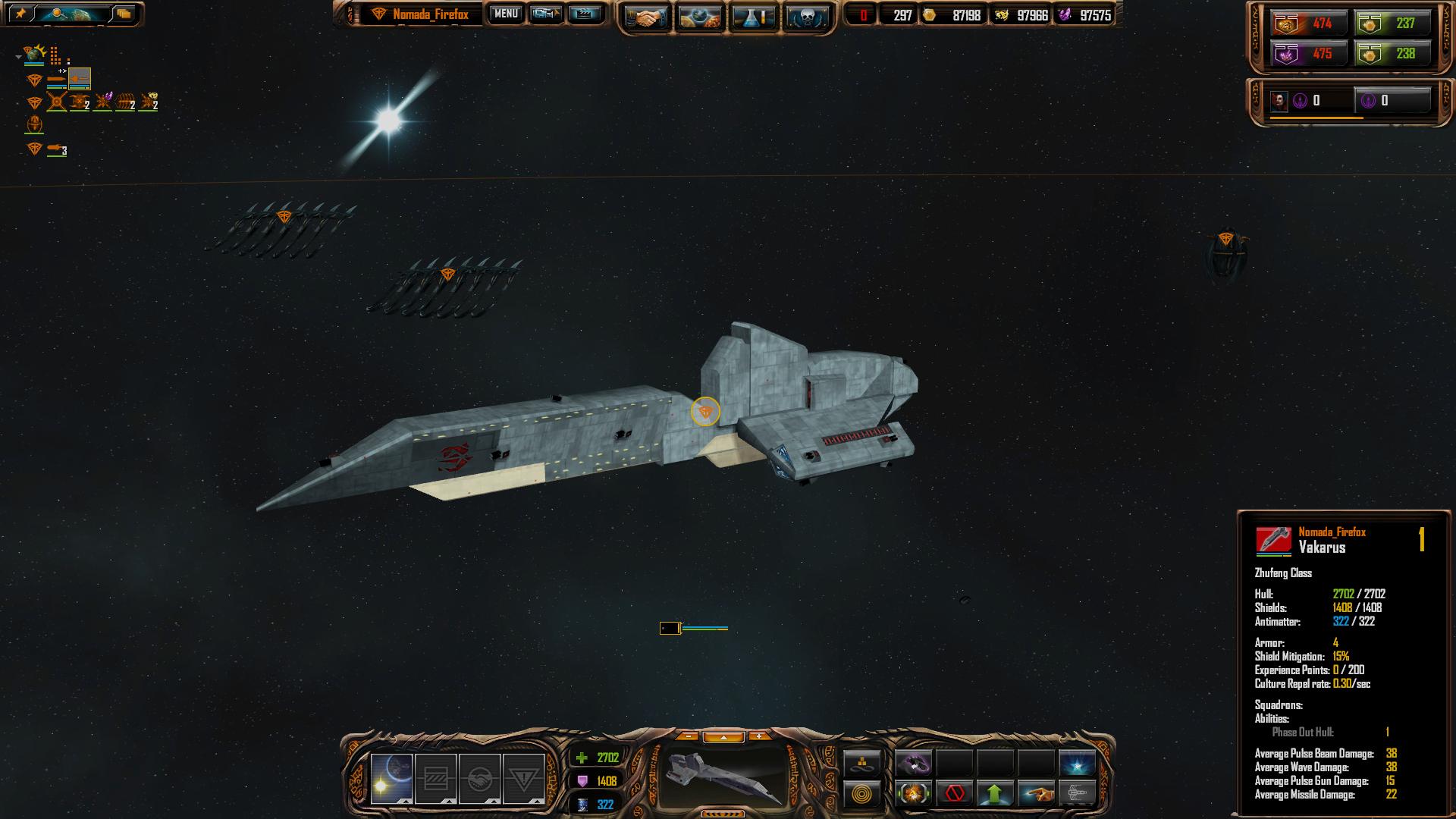 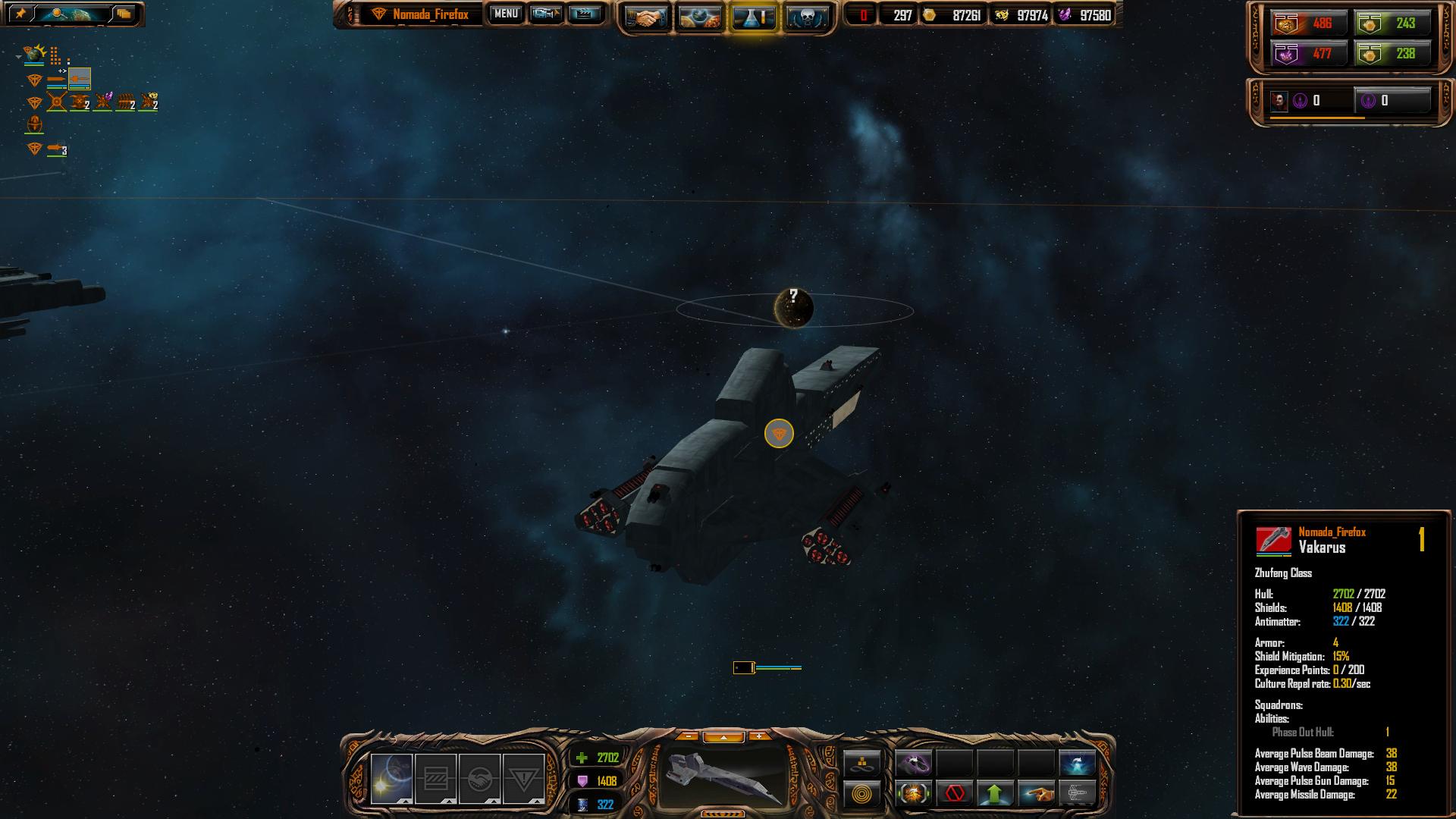 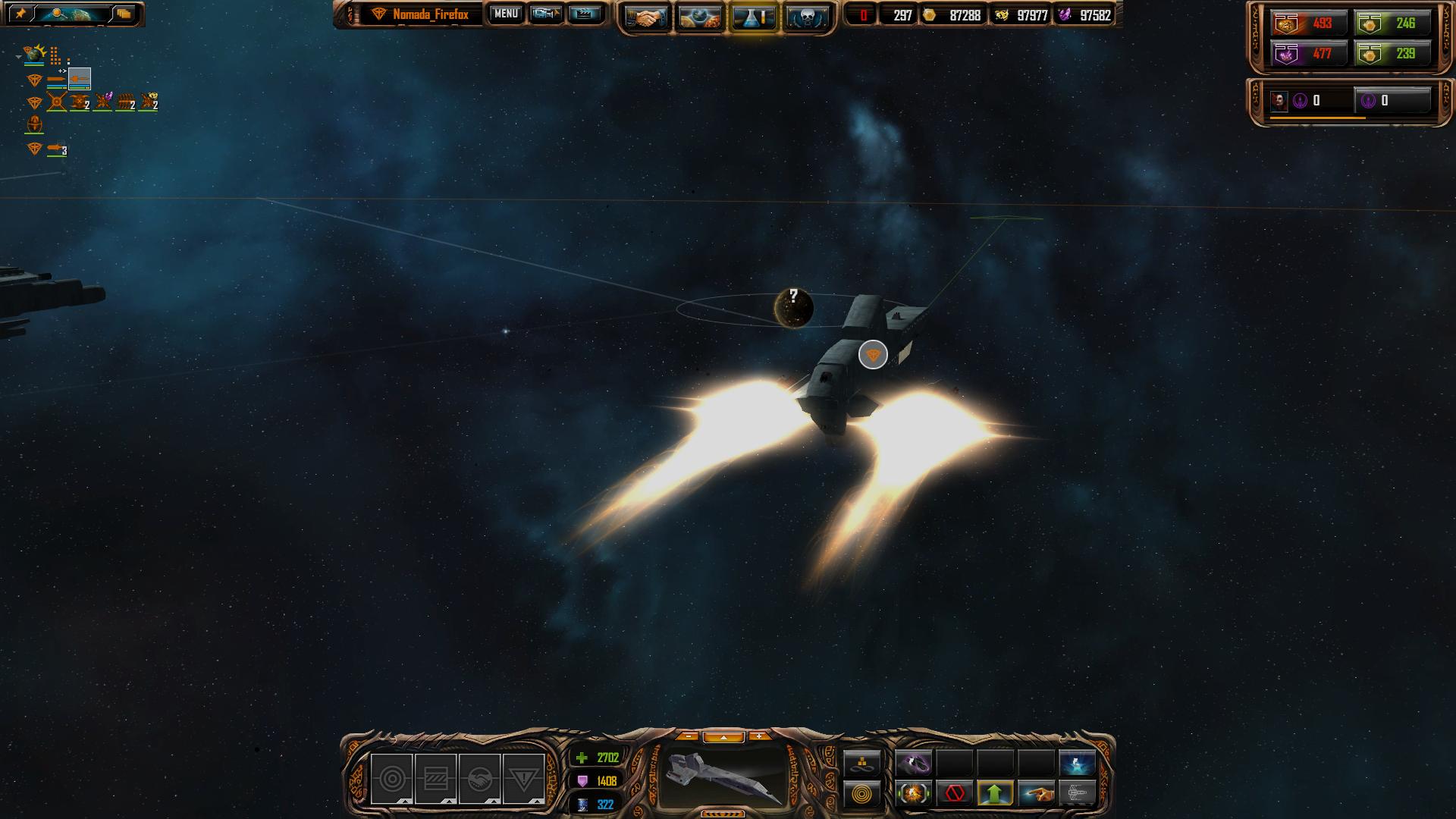 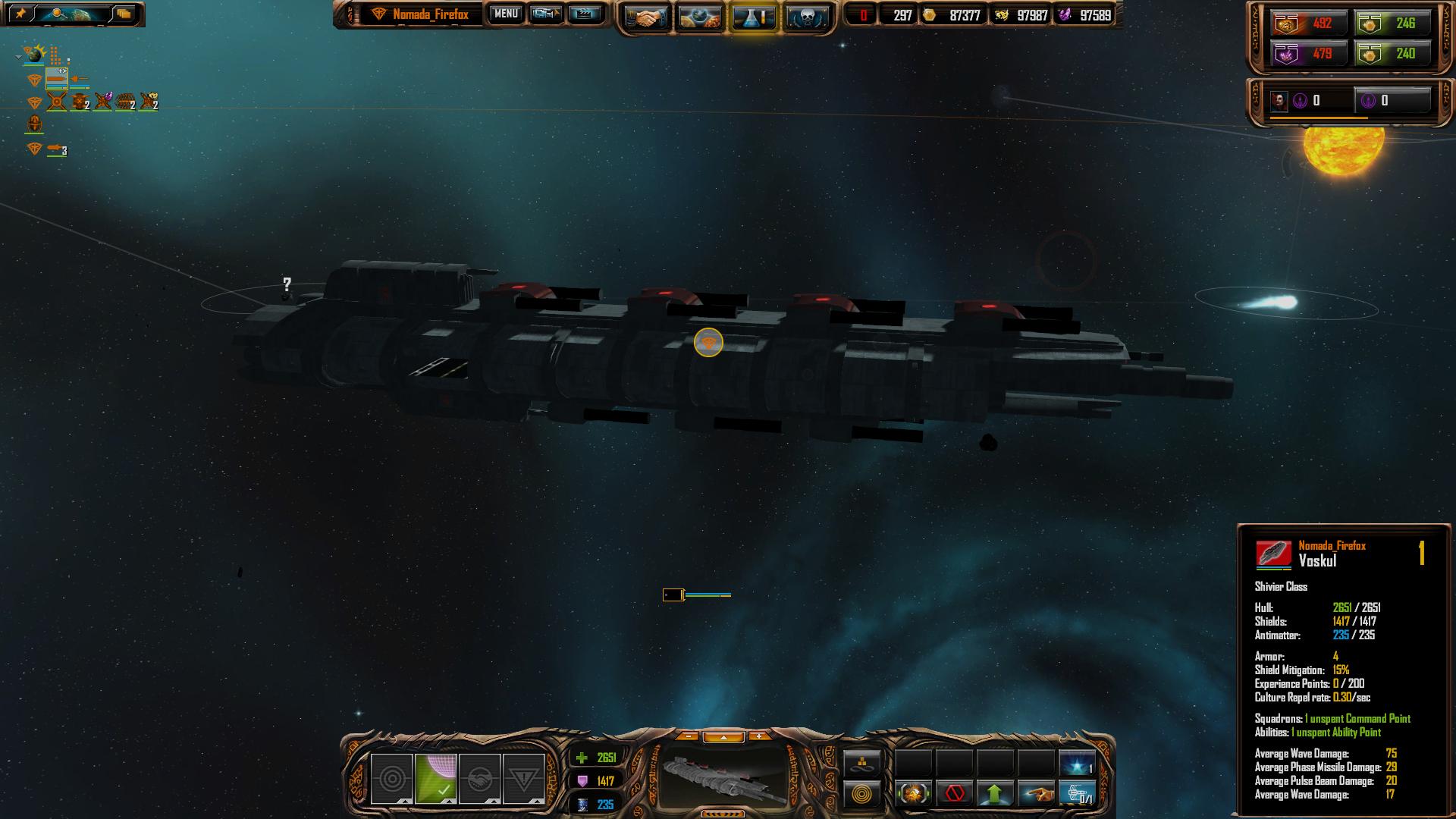 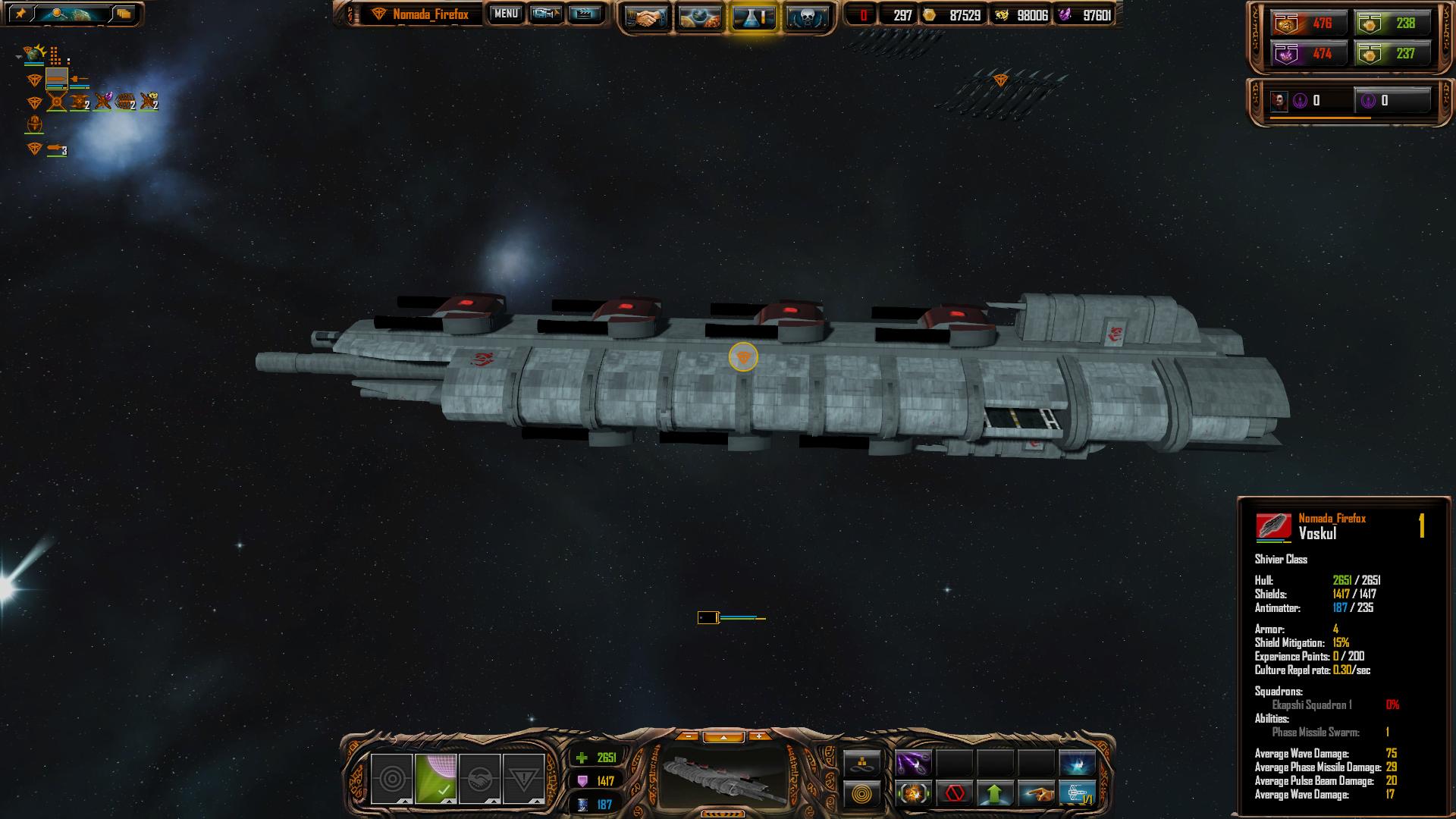 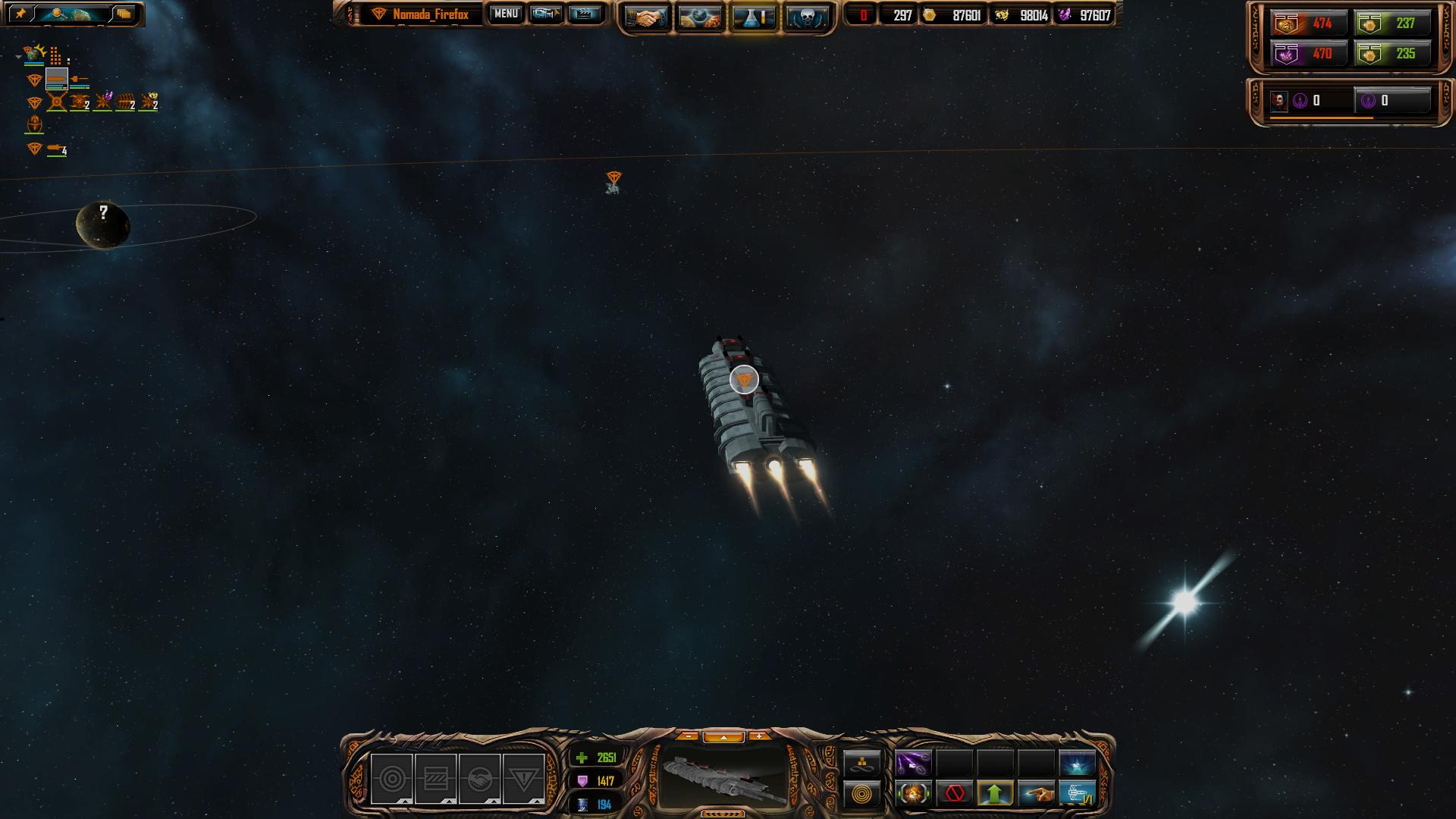 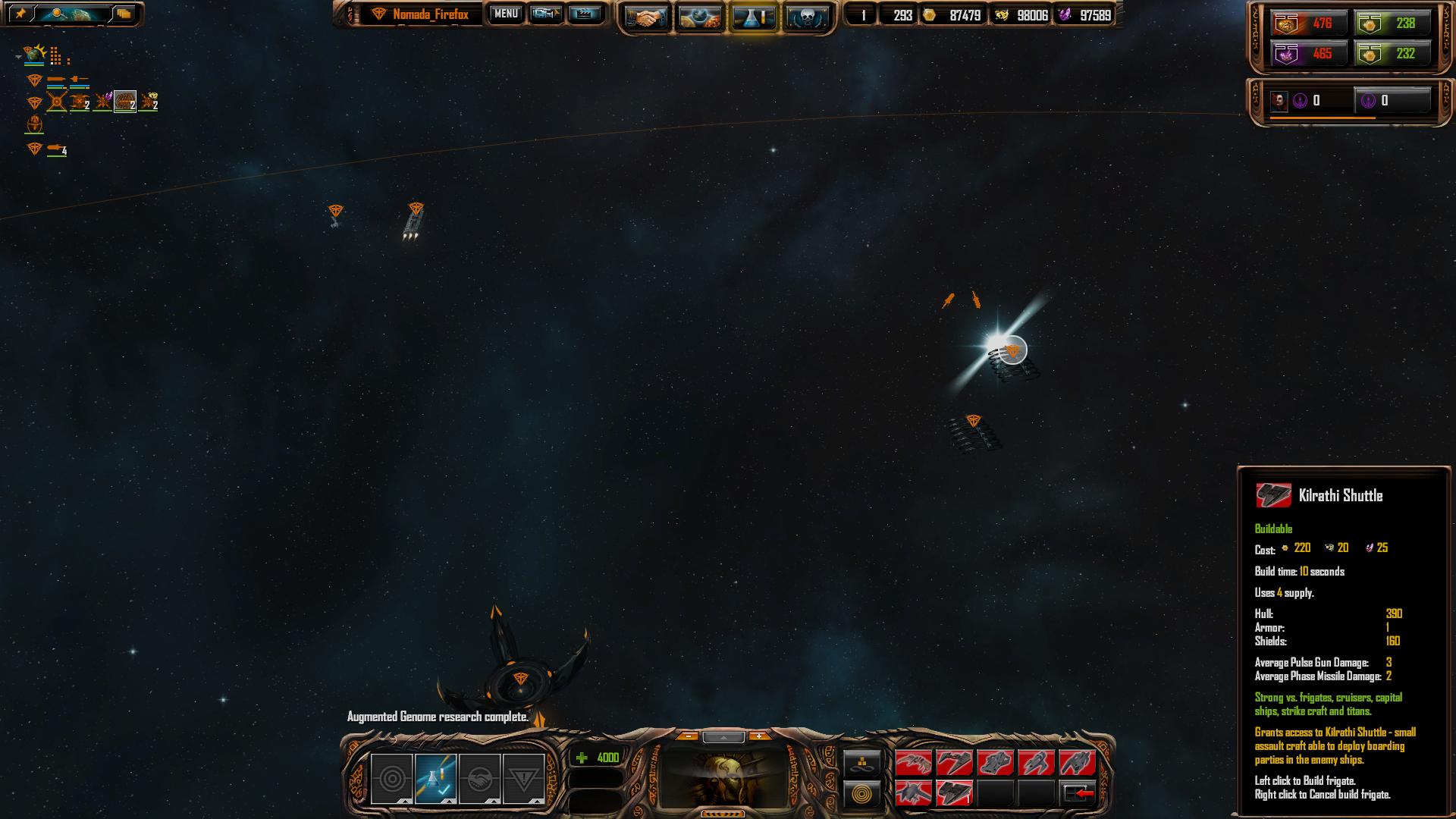 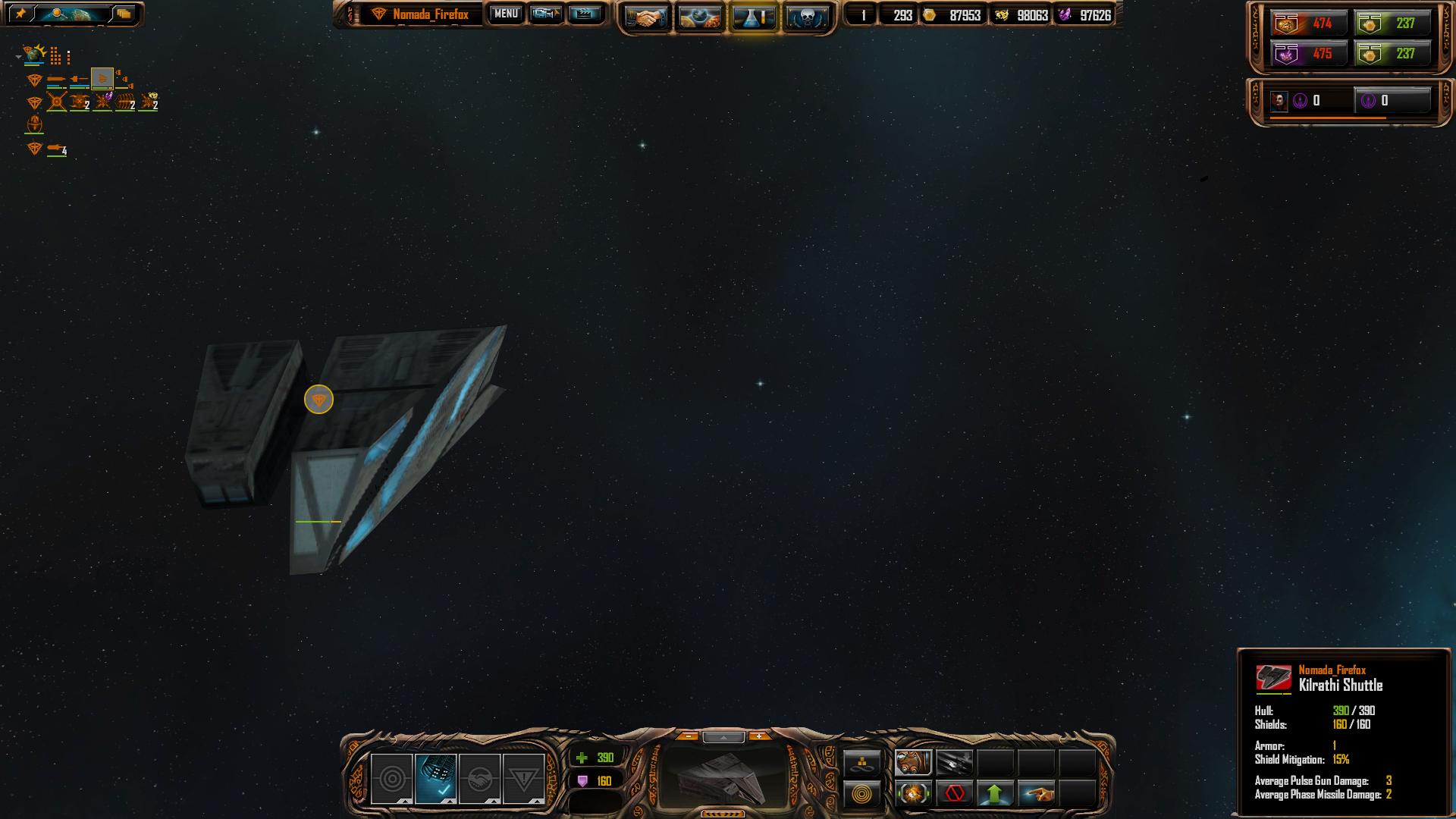 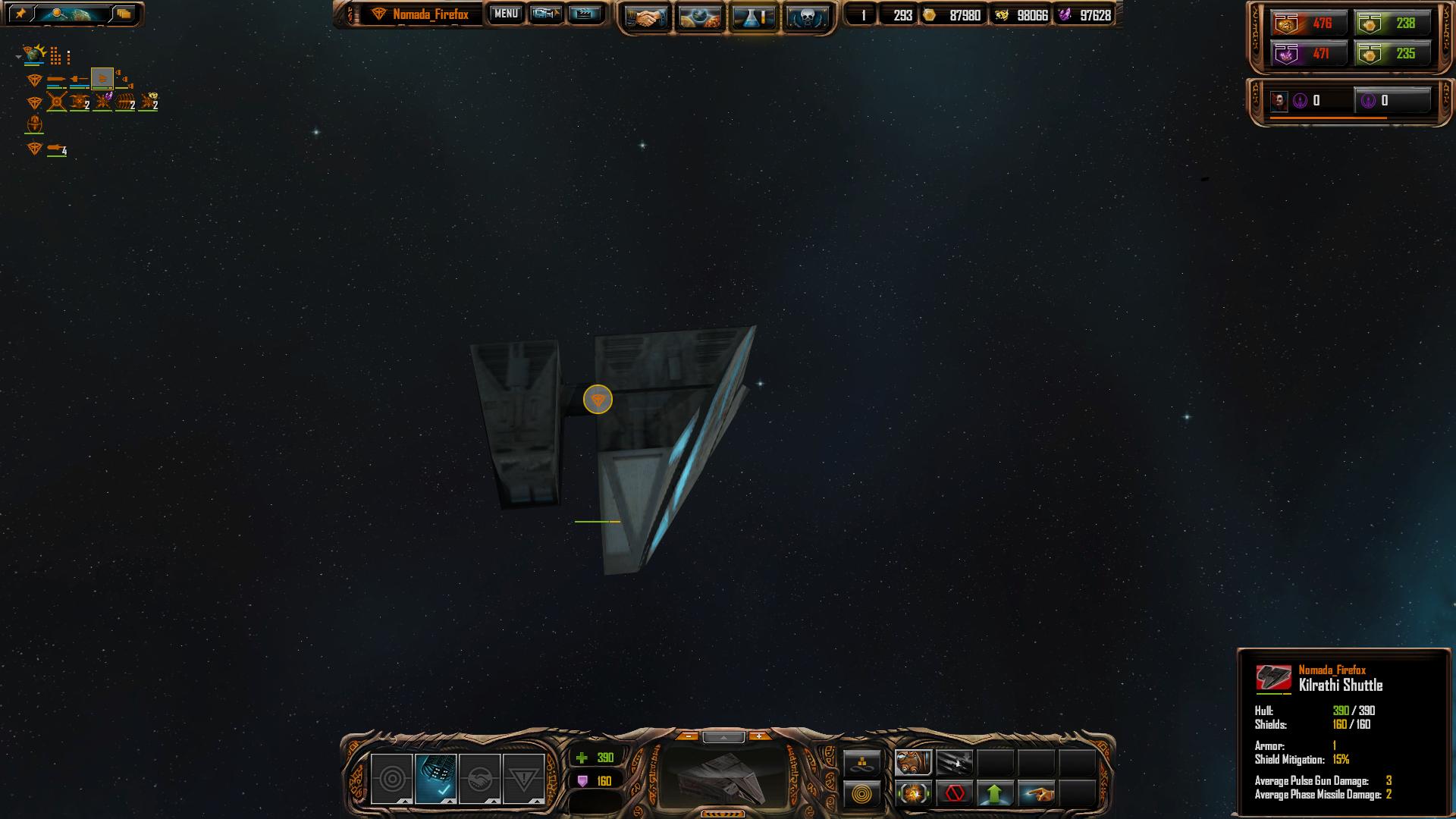 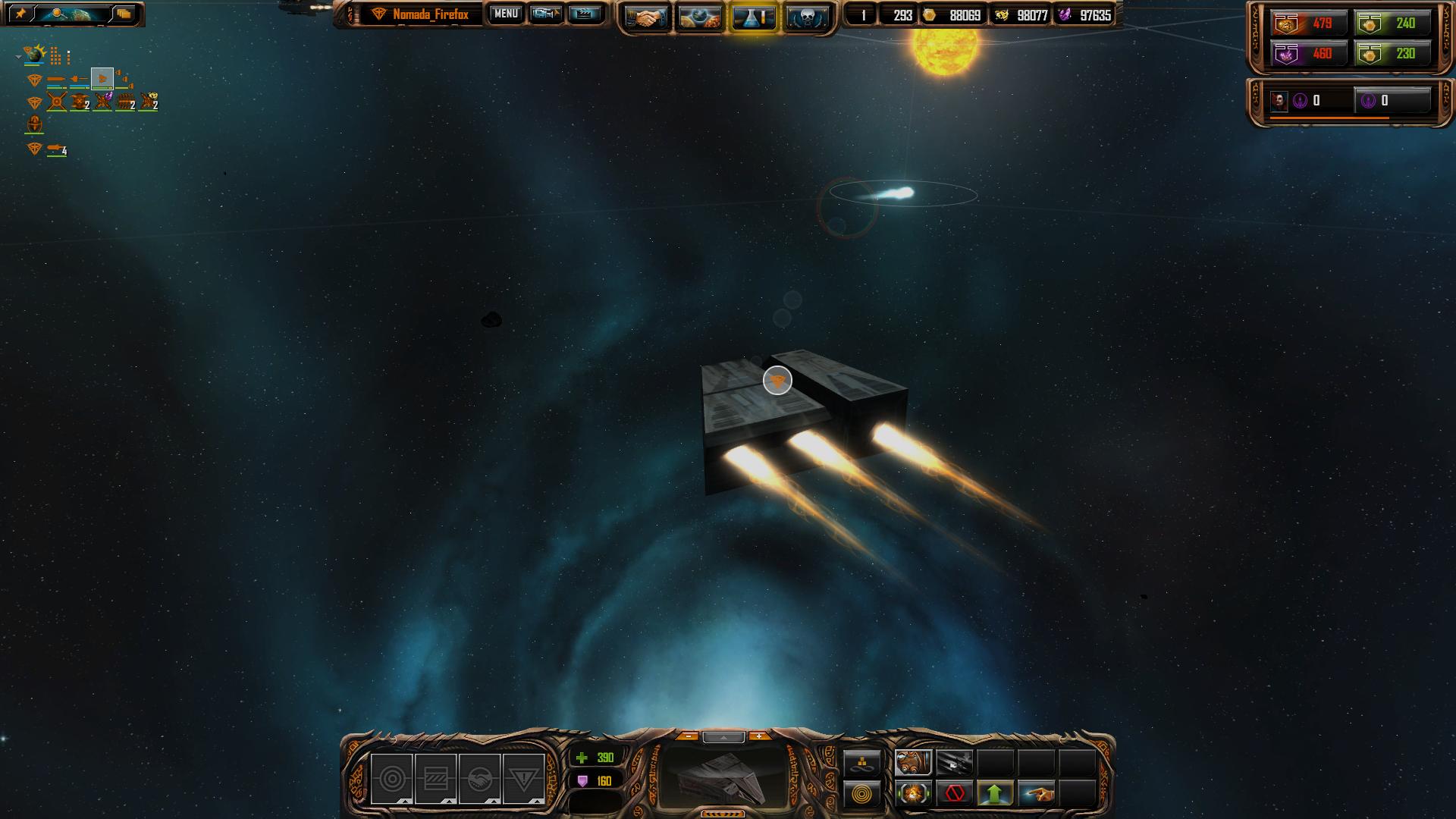 OMG these are gorgeous. You, sir, are a godsend...and here I was starting to think I'd have to give up gaming until Star Citizen releases...

Bless you, and your endeavors!

Just in case somebody reading this thread is interested in one day playing Nomada_Firefox's mod, but does not currently have Sins of a Solar Empire: Rebellion, it looks like this weekend is your chance! GOG is selling the game at 50% discount this weekend:

Mind you, at $22 (after the 50% discount), the game still seems pretty expensive for a stand-alone expansion of a game from 2008, but I guess that's about as good as it gets for the time being.

Just for the record I play with the 1.85+Outlaw Sectors DLC. I can not tell you if the final version from the mod will run without any problem. Perhaps yes because I do not edit nothing from the DLC and I do not make as other mods in the world where they add all the files from the game, even if they do not edit them. Just I add the files where I have edit something.

About SOASE, it is a game from 2008 but it is one of the very few games updated with the past of the time with a lot of improvements.

That looks absolutely amazing, you'll probably have read earlier that I was considering doing a mod myself, but you're way ahead of where I am. I was struggling bit time with the modelling. I'm really looking forward to seeing this or even getting to play the test version.

Yes, I saw your answers about how you wanted create some like that. You and other people will be welcome if after I publish it if you want use the stuff for your own version from the Wing Commander universe at SOASE. Just with maintain the credits.

I have a question for all you. Do you know these fighters/Bombers? they are in the Star Wars Empire at War Forces of Corruption Wing Commander Invasion mod but I can not find nothing about them around the world.

This is the last addition, the Shaalkhar. I have added it as a Capital Ship. 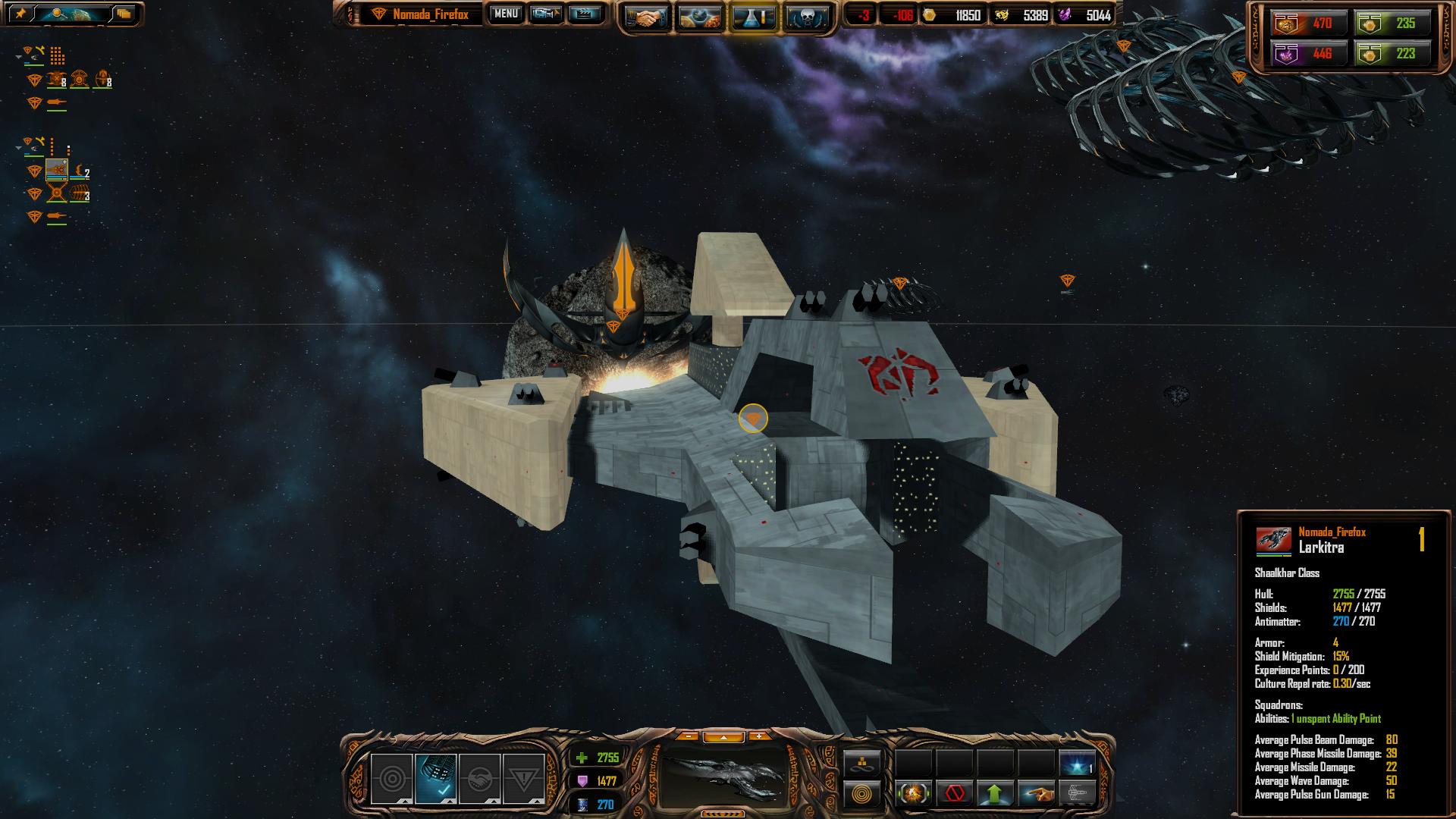 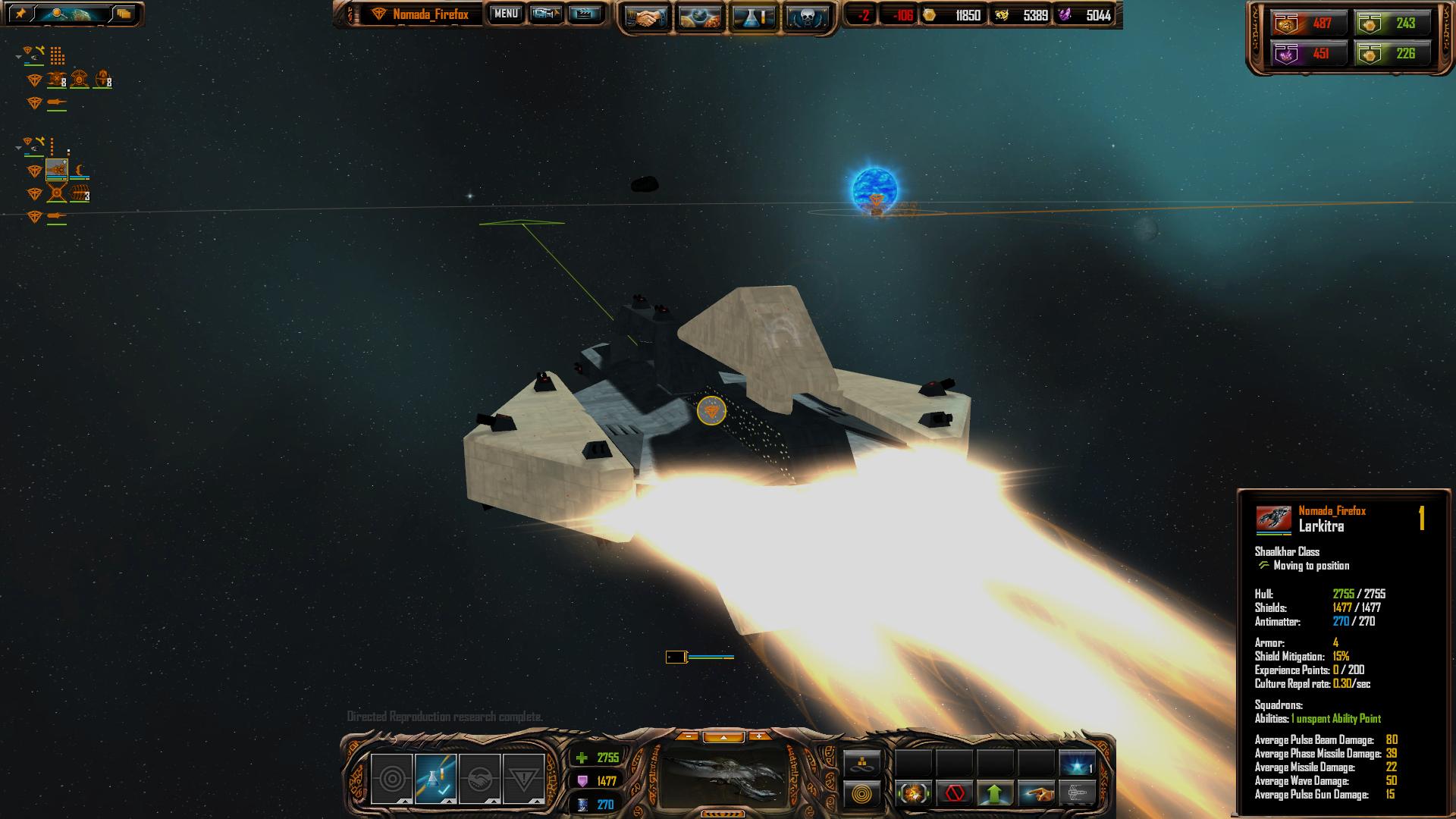 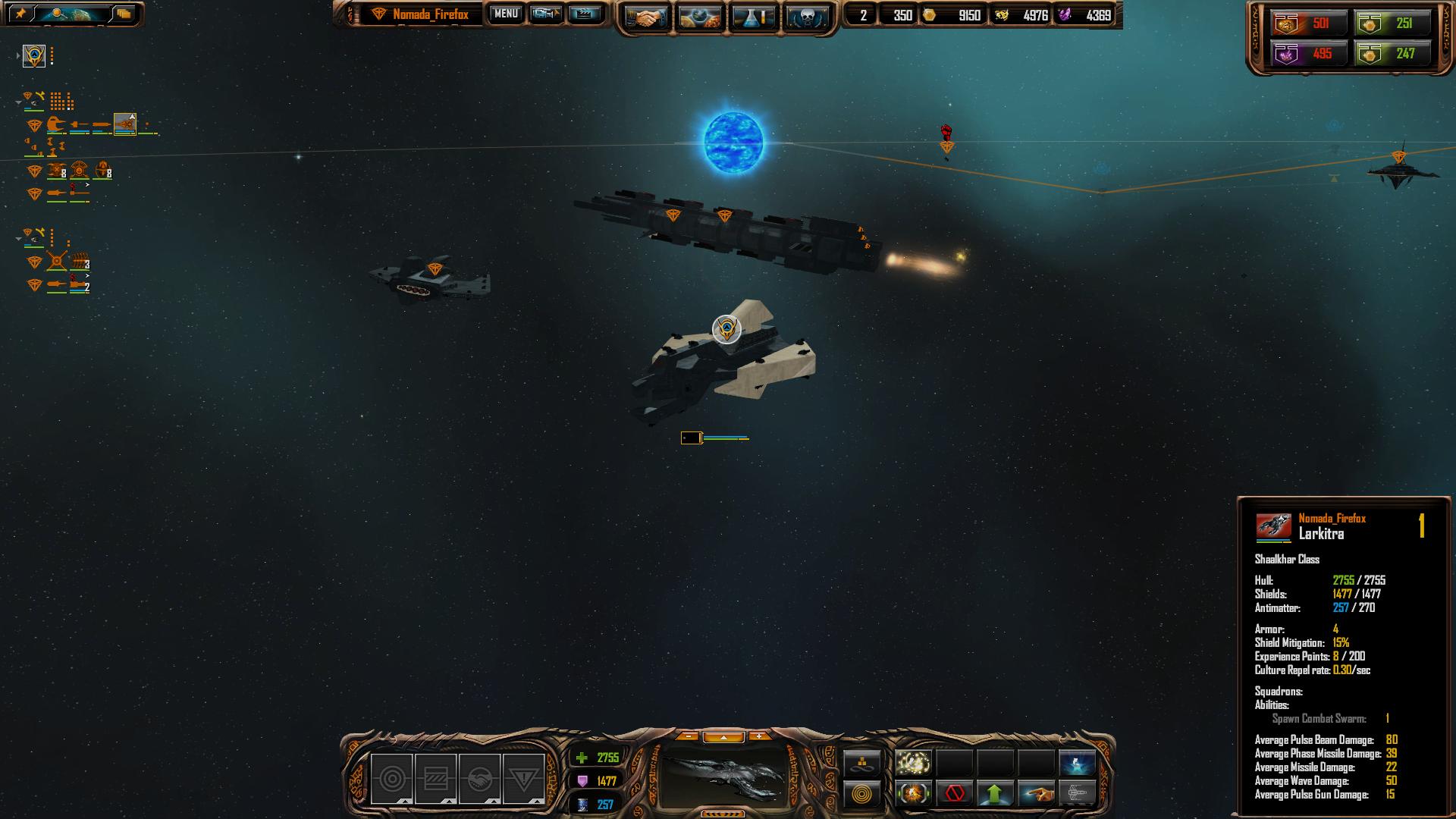 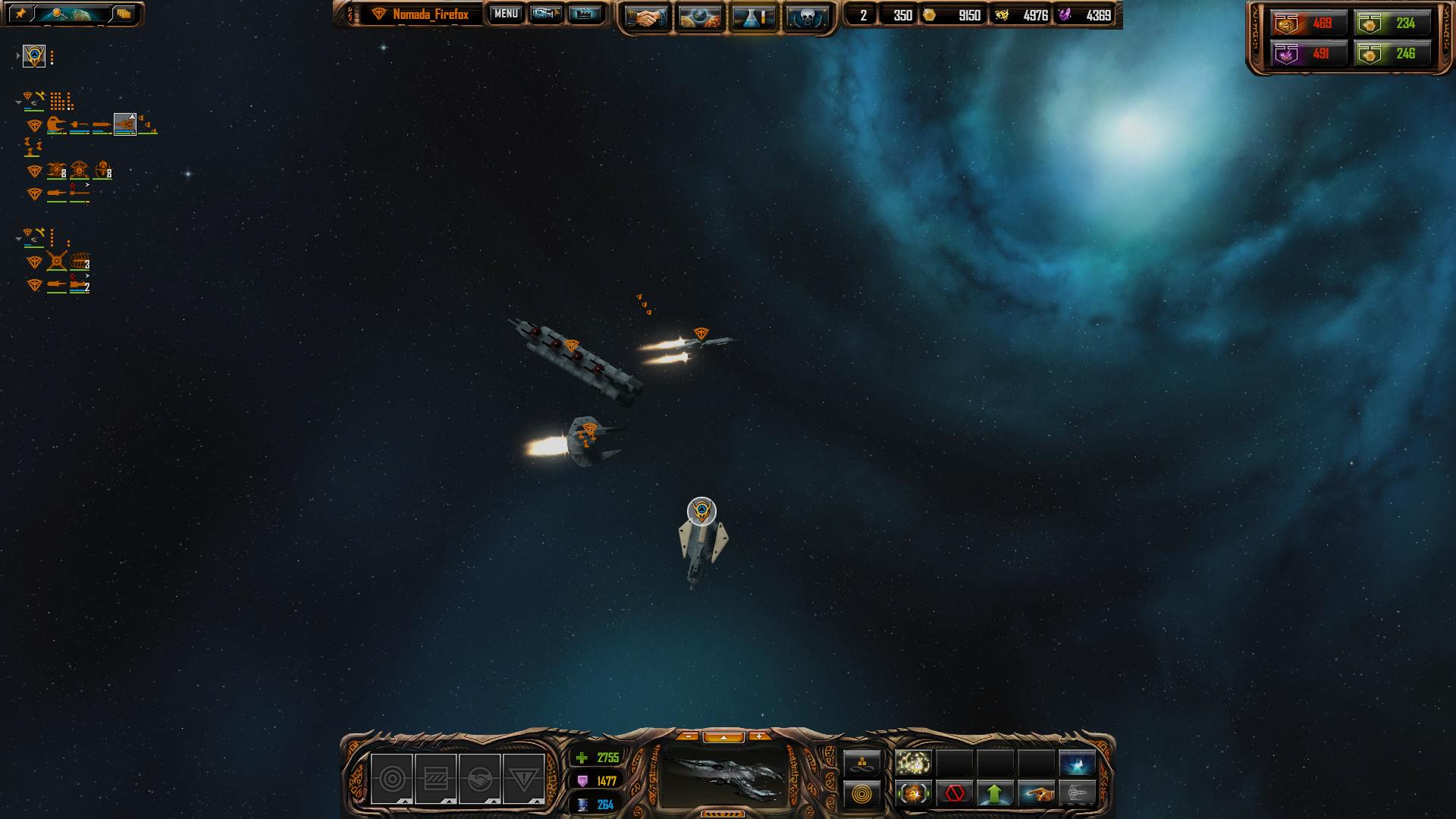 Nomada_Firefox said:
I have a question for all you. Do you know these fighters/Bombers? they are in the Star Wars Empire at War Forces of Corruption Wing Commander Invasion mod but I can not find nothing about them around the world.

I don't think I've ever seen the mod you mention, but the only one of these names that might be canonical is the Heretic, which did appear in Privateer 2. The others are all made up by the creator(s) of the mod. Even with the Heretic, I don't know if the use of the name means that their ship is based on the P2 Heretic, or if it's something new. Either way, the Heretic would not be appropriate for any mod outside of the Privateer 2 story setting.

I have not problems with non-canonical ships, in fact I would be hypocrite if I would say the opposite because there are several starships non-canonical and many stations will not be canonical. It is the unique way where a mod with this amount of units can be made.

Other question are these fighters. I do not go to add them by one good reason. Too many fighters/bombers are not neccesary. At the end, many of them would be very similar and without differences between them.

Nomada_Firefox said:
Other question are these fighters. I do not go to add them by one good reason. Too many fighters/bombers are not neccesary. At the end, many of them would be very similar and without differences between them.
Click to expand...

You know, this is an aspect of warfare that I have yet to see convincingly well-portrayed in any game or mod: the strategic differences between relying on few aircraft types, versus many aircraft types. If you look at WWII, for instance, you'll notice that the Allied forces tended to rely on many fighter types that were quite similar to one another, while the Axis (Italy excepted) seemed to generally prefer having fewer types.

The benefit of having many types is that you're able to push new technologies into battle faster, because while one fighter is being mass-produced, another fighter can be revised even with a pause in production, without significant disruptions to the flow of equipment to the front lines - and it is feasible to make bigger, bolder upgrades, without worrying about failure, because risks are spread out among more fighter types. The disadvantage is logistical - individual types are produced in fewer numbers, and it is harder to keep everyone supplied with spare parts, because you need to produce a bigger variety of parts, and you need to better coordinate which unit gets which parts. And of course, there's also the issue of pilots having to constantly change fighter types.

Conversely, the benefits of having fewer types are that you get to produce them in greater quantities, thus avoiding shortfalls at the frontline. And it's easier to keep everyone supplied, and your pilots can master their aircraft faster. But, their aircraft will also eventually be rendered somewhat obsolete, because it's harder to pause production for a major overhaul of a fighter (the Germans constantly had this problem: to change anything in the Bf-109, they needed to pause production for a few days, at a time when their frontline units needed thousands of aircraft every month just to keep up).

I'm just thinking aloud here, but I wonder if any of these games, whether it's SOASE or Homeworld, provide sufficiently sophisticated scripting capabilities to even try simulating this kind of thing with bonuses and maluses applied depending on the number of fighter types in service at any given moment. That could make for very interesting gameplay, where all of a sudden, introducing a new fighter that's better than the one you're currently using, but not hugely better, actually becomes a dilemma instead of a no-brainer.

If you look at WWII, for instance, you'll notice that the Allied forces tended to rely on many fighter types that were quite similar to one another, while the Axis (Italy excepted) seemed to generally prefer having fewer types.
Click to expand...

Ummmm depending from if you take just a small look. Each airplane from the WWII had their capabilities. But the Allied forces was more a matter from different companies making the same. However there were some airplanes more builded than others.

WWII is other from my hobbies, I have made several mods for the Close Combat games.

But just for the record. Some players think how all factions must be similar between them. But for me......it is a bit incorrect. Each faction need be different from others and at some ways, a faction can have advantages against others. The point from all the game is defeat a enemy with strategy, not only amount. At least it is my point of view.

Another capital ship, the Snakier. One capital ship more and the Titan, without count the fighters/bombers for end the starships from the Kilrathi. But fighters can be made at very few time. One starship as this Snakier, it can take me 1 hour and 30 minutes without count the icons. Just the model, code and strings. 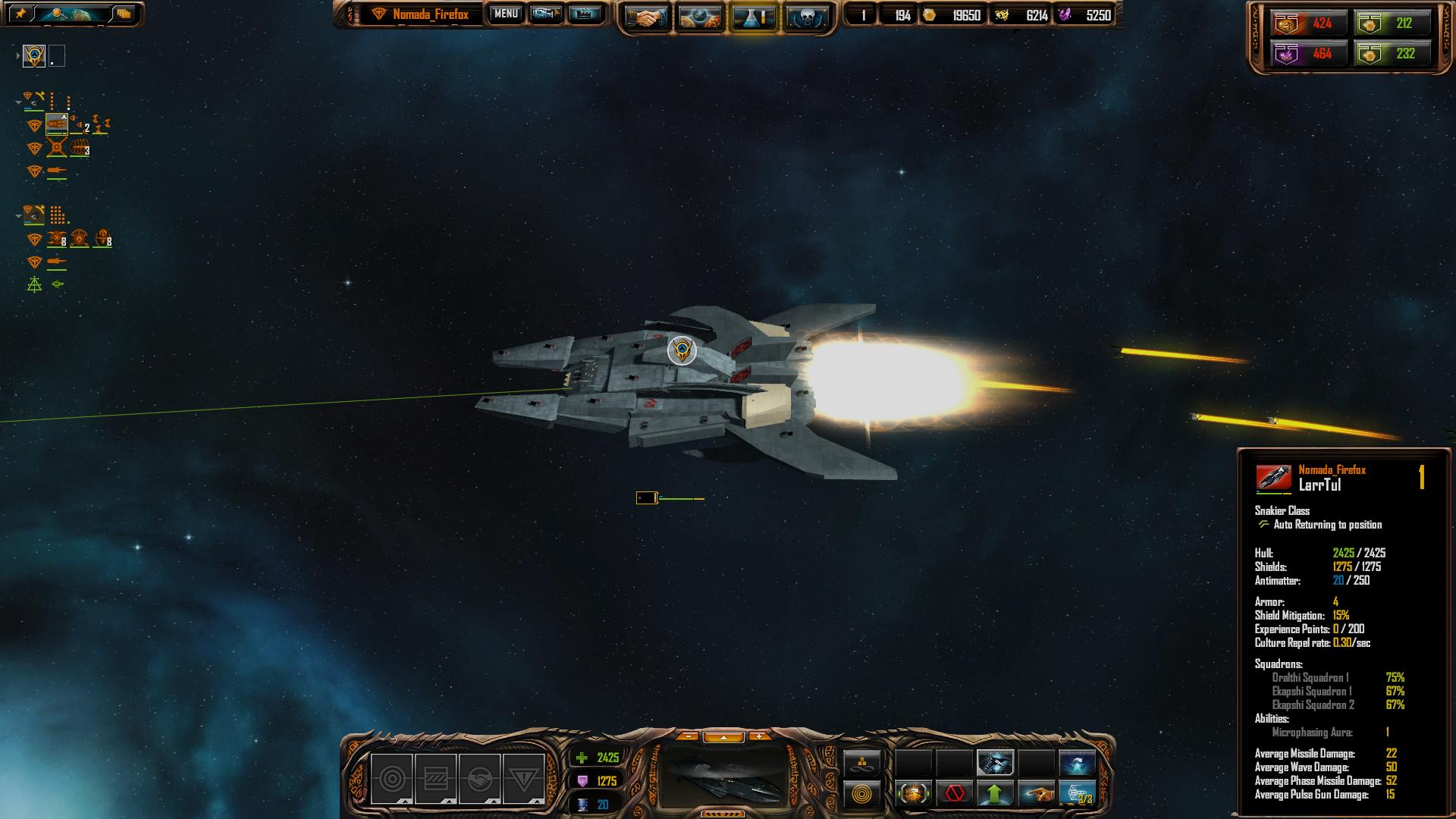 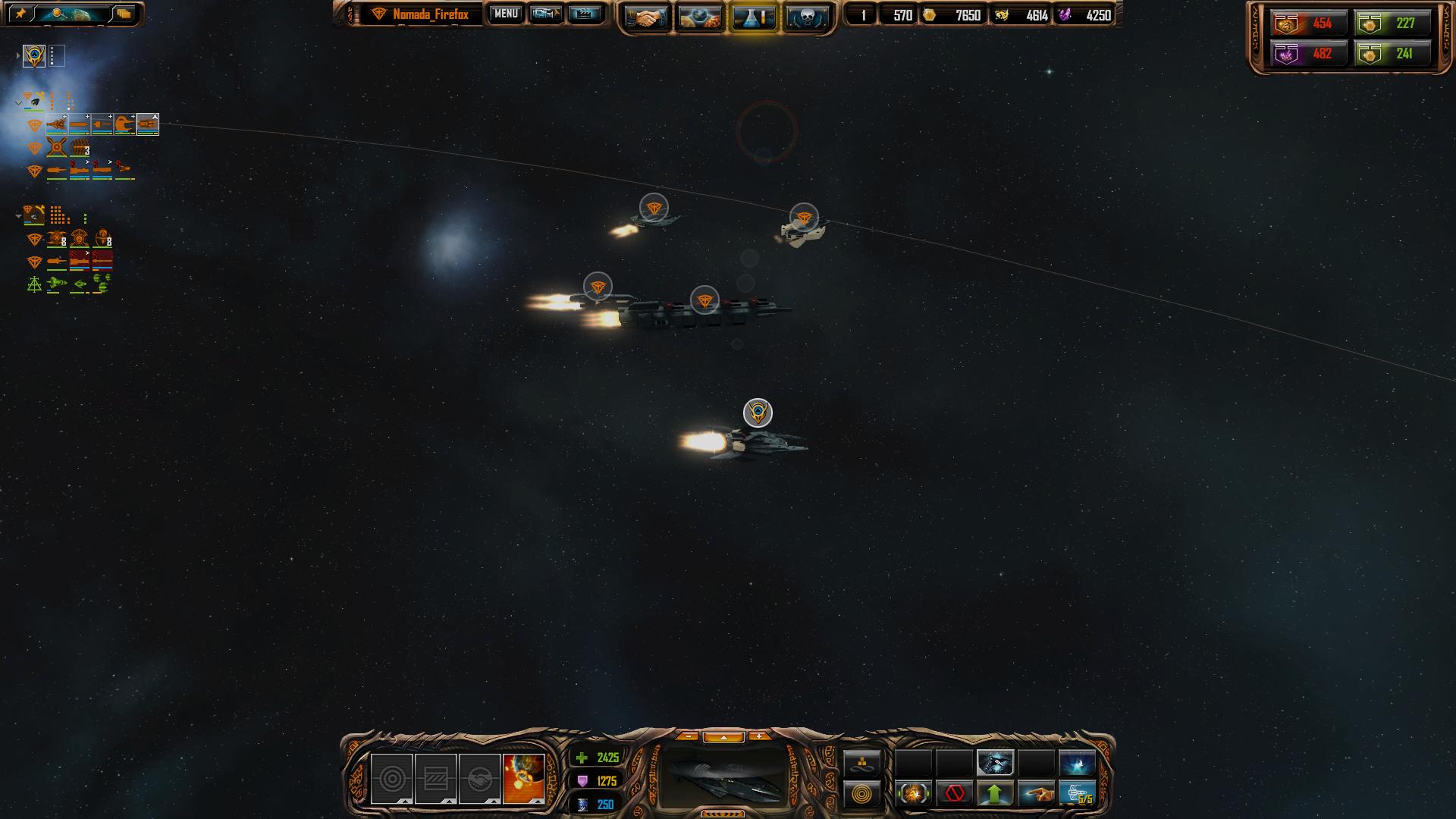 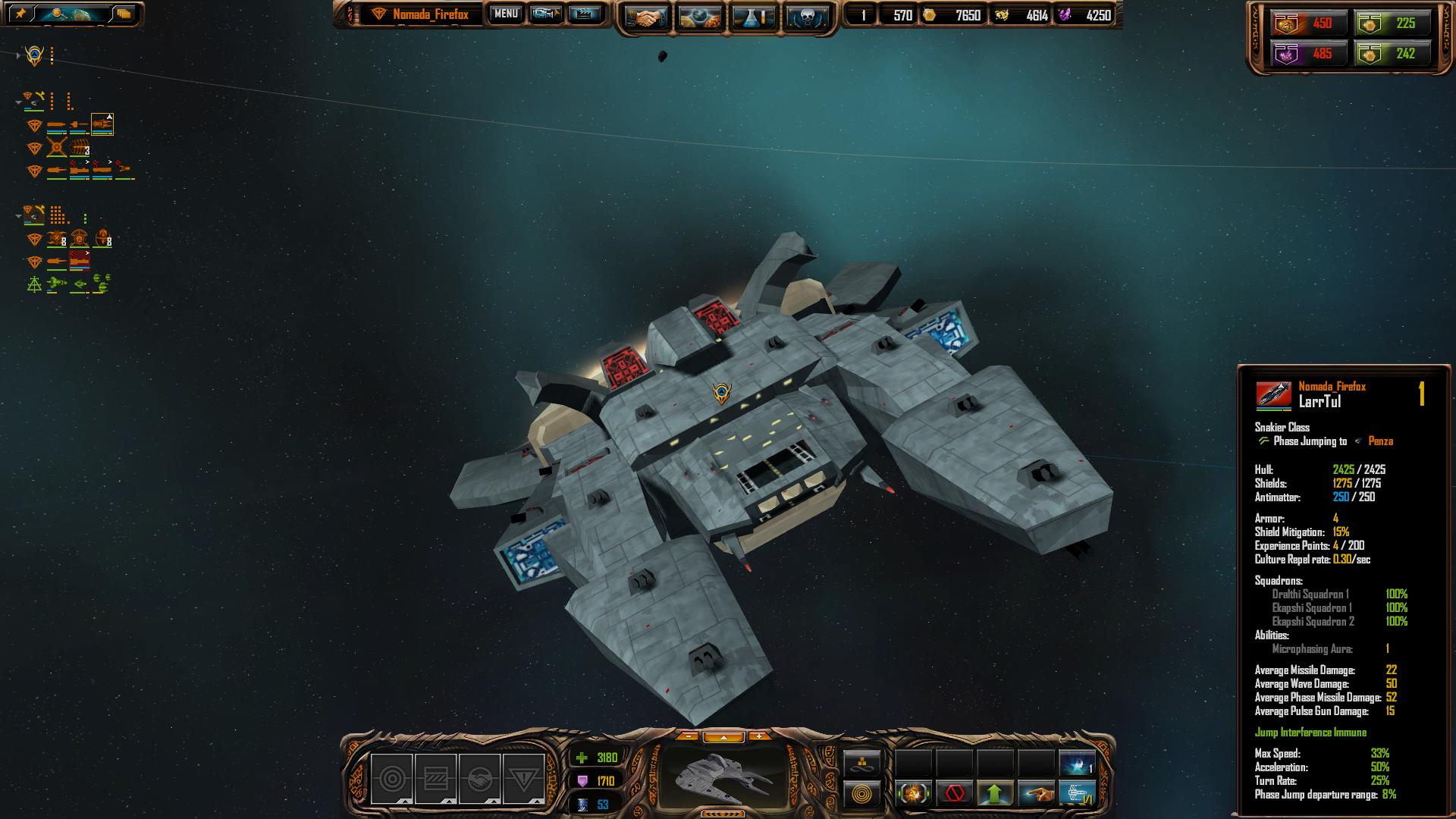 Must I use this size? what do you think?
Click to expand...

Depending on how you have things scaled, it may be tough to include Hvar'kann in your mod. You might ask the Saga folks what their decision making process was for the class's inclusion in their mod; I know it's in there, I've blown one up...
Last edited by a moderator: May 24, 2018
You must log in or register to reply here.
Share:
Twitter Reddit Pinterest Tumblr WhatsApp Email Share Link
Top