We are sad to report that Wing Commander author Christopher Stasheff passed away June 10, 2018 after a battle with Parkinson's Disease; he was 74. Mr. Stasheff was an extremely talented writer and anthologist known for blending science fiction, fantasy and humor together. He was responsible for several long-running, well known novel series including Warlock of Gramayre, Wizard in Rhyme, Rogue Wizard and Starship Troupers. You can read his complete obituary here.

Mr. Stasheff is best known to Wing Commander fans as the author of Milk Run, the novella which precedes (and prologues) Dr. William Forstchen's End Run in the book of the same name. He was brought in to work on the series by frequent collaborator Bill Fawcett as part of a 'soft reboot' that took it in a harder military science fiction direction. Milk Run is a joy to read as it both captured the contemporary spirit of the Wing Commander universe and wove in Mr. Stasheff's distinct wit. The resulting adventures of the corvette Johnny Greene are, without question, the most literary single piece of Wing Commander fiction ever published. You can read the entirety of Milk Run online here for free, courtesy of publisher Baen Books. Thank you for your contribution to our universe, it won't be forgotten! 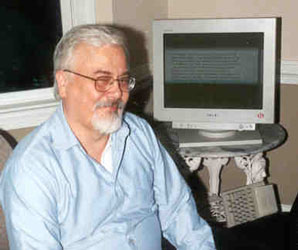 Almost three years ago the online Wing Commander community was stunned by the sudden death of Jason Bernard, Captain Eisen from Wing Commander 3 and 4. From that event, a number of online tribute sites were created. With the recent passing of False Colors/Heart of the Tiger co-author Andrew Keith, we'd like to put together a simple tribute for him as well. Since he worked behind the scenes, it's harder to relate to him compared to Bernard, but he was a real great guy who was very attentive towards the fans. If you'd like to contribute to a memorial, you can begin by posting a message to the CIC Chat Zone or emailing us, we'll be compiling submissions soon. Update: tributes have been compiled here.