Garth Harmon has scanned and sent in a nice high quality scan of the Super Nintendo Wing Commander manual. Like many of the various iterations of the WC1 documentation, it's a derivative of Claw Marks, but there are some cool elements. It has some nice representations of the SNES controller (which later inspired a similar spread in the Arena Star*Soldier manual), and the initial pages with screenshots of the cockpits and Tiger's Claw are all in color. We previously had the Secret Missions manual in our archive, so it's nice to add this missing link. Grab a copy for yourself here!

Object of the Game

The game begins on your mother ship, the TCS Tiger's Claw. Onboard, you move from room to room to learn about your comrades-in-arms and your combat mission. Once you know your flight mission, you're off to fight the Kilrathi. If you fail, the dreaded Kilrathi will prevail as overlords on all human worlds. So get out there and kick some tail! 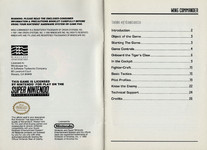 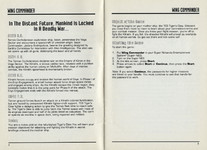 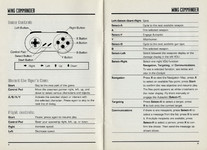 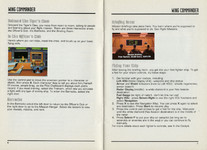 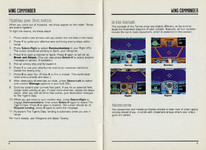 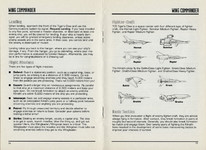