Today DefianceIndustries gave fans a sneak peek at the centerpiece of his next update to the Secret Ops Model Upgrade Pack. His highly anticipated TCS Midway is now ready to go! There's some gorgeous shots of it in action below, but the new carrier is just the beginning. Ships across the board will start to get new emit maps for new glow effects. This update should also be followed soon by another iteration that will include the Nephilim Hydra. There's lots to look forward to! Get your hands on the latest at the CIC Birthday Party this Saturday! 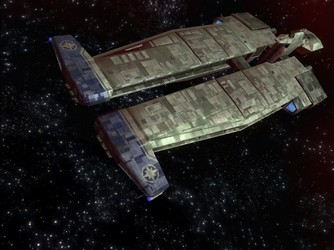 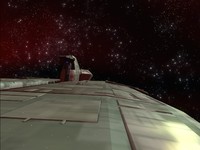 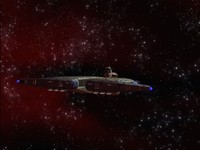 So good news and bad news. First the bad: we ran out of time on converting the Hydra for this release - (BOOO HISSSS - I know) the upside though is that it's almost ready and could be added as a fast follow on. Now the really good news: The package is ready and being assembled so we can release it in time for the CIC's Birthday party next weekend!

Technical additions include the new GL patch which includes emit mapping which we intend on implementing for all ships in the game, The bug ships are the first candidates.

The full list of additions will be in the readme as always. Looking forward to the party all!