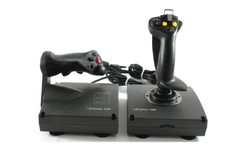 Wing Commander Meme of the Day: The Most Interesting Man in the World

I think we can all relate