Do you remember Wing Commander III's smallest, cutest spaceship? You have to look carefully! The Confederation and Kilrathi transports in Wing Commander III are designed to have cargo pods attached to their latticework. These components change the look of the ship and can be shot off during combat. For some reason, the Kilrathi transports don't ever actually have pods attached in-game... but the Confederation transports you escort do (pictured.) And when you examine the individual cargo tanks and pods you will find included: a tiny, smaller ship! So here's your exhaustive look at the model. Is it a shuttle or lander? A 27th century 'family car'? Some kind of environment pod? Who knows!? (Interestingly, the Wing Commander IV transports don't have pods... making for several missions where you seem to be escorting shipments of nothing.) 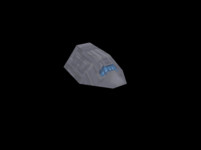 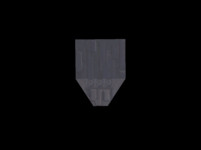 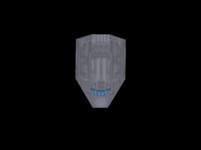 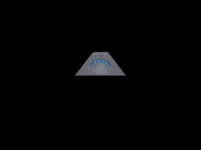 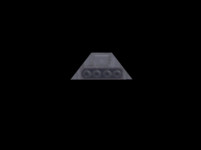 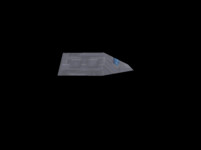