SciFi Tech Talk is a site that analyzes various science fiction products and attempts to pick apart the technology involved. The Wing Commander movie is their latest subject. All three commentators had different reactions - one hated it, one liked it and one thought it was about average. There are comparisons to Das Boot and the speakers touch on many of the obvious topics like sound in space and gravity aboard the ship. They don't have much knowledge about the game series, so the reviewers get hung up on such things as the movie being named "Wing Commander" despite the main protagonist not commanding a wing. There's even surprise by how "WW2 in space" it feels. Of all things, the space ships are their favorite part.

The podcast concept seems like it's a good way to suck the fun out of any film, and it doesn't even get into tech very much. Still, it can be interesting to hear some people's take from a slightly different perspective sometimes. It's just kind of amazing that they can carry on like this for almost 50 minutes! (with some bonus hating on Starship Troopers tossed in) You can listen in for yourself here. 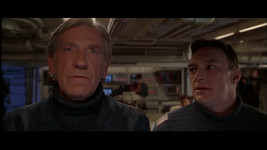 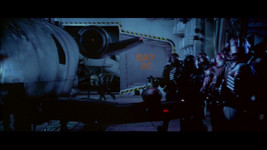 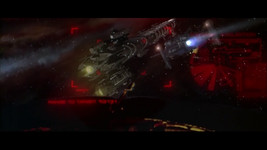