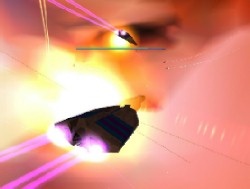 Today is Chris Roberts' thirty-second birthday. Wing Commander's creator was born on May 27, 1968 in Redwood City, California. To get off the subject a bit, we don't know the date that Wing Commander 1 was released in 1990, so if nobody can find an exact day, maybe May 27 would be a good symbolic birthday for WC. The series turns ten years old this year. Anyhow, Happy Birthday Mr. Roberts!

Industry reporter Tony Knox reports. Contractors on Hermes were engaged in a bidding war yesterday, following the revelation of extensive housing plans by the Government. Whatever the outcome, there is bound to be a great demand for all forms of building materials, and prices are expected to be commensurably high.