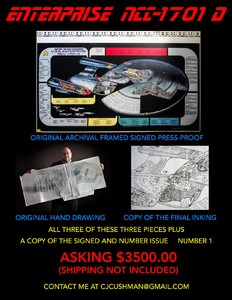 Two Milestones Are Better Than One!

First off, happy birthday to Wing Commander creator Chris Roberts! He turns 47 today, which means he was knee-deep in the very first WC game at the tender age of 22. Incredible! For reference, Origin founder Richard Garriot (whose birthday is the Fourth of July) was only 29 in 1990 when WC1 was released.


Today also marks more than 12 years of continuous front page updates at the CIC! We don't always have earth-shattering news each day, but I continue to be genuinely impressed at the community's unwavering commitment to the series. 2015 is really hitting its stride with a number of fantastic fan projects in high gear. You can take a trip down memory lane in our news archives here.