Starship Tactics is back in action. Arraen had to suspend development last year due to the war in Ukraine, but dedicated Wingnuts always persevere! As you can see from the new screenshots of the gorgeous Tallahassee below, the focus will be on capships and fleet engagements with the possibility of crew management added in. Progression in the game will allow players to create larger fleets of more capable warships. Arraen's got a realistic development plan in mind that is focused on getting the engine and multiplayer working before he considers too many additional features. That's the way to get things done! 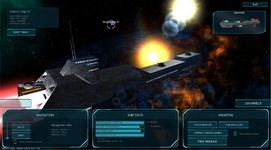 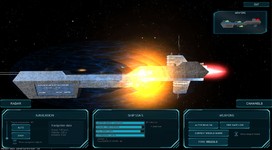 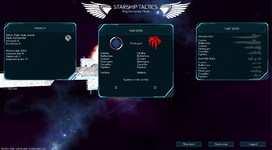 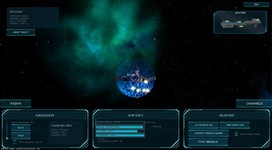 New GUI, some additional shield effects. The Tallahassee class cruiser is fighting against two Kilrathi corvettes during attack on a Kilrathi station in one of the systems in Vega sector.

My main idea is to create a multiplayer war where each player should start from a small corvette and after endless battles and countless points of experience change ships like this: corvette -> destroyer -> cruiser -> battle cruiser -> battleship -> carrier. That's why I decided to develop some kind of sandbox game where you can play different tactics and different opponents each time.