Kevin Caccamo has upgraded the textures that the ships in Wing Commander Hostile Frontier wear. They're looking quite sharp now, and the examples below demonstrate a couple different color schemes that will be used. The project also has a new website, which will help organize information about the mod and distribute the latest status. I'd strongly encourage other new projects to take a look and build something of their own. 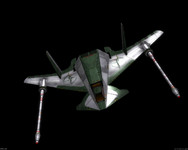 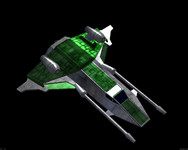 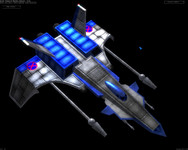 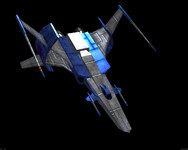 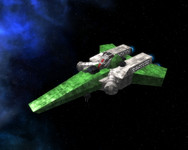 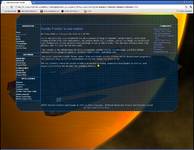 A new milestone has been reached in the development of Wing Commander: Hostile Frontier. After much writing of HTML/CSS code and content, the project finally has a website. It was an interesting challenge to set it up, and there may still be some little glitches, but for the most part, the website is stable.

This website is the official home for Wing Commander: Hostile Frontier. On this page, you'll find official announcements, progress updates, Developer Diary entries, and hiring calls. We are currently looking for people to help with mission scripting, translation from English to German, and maybe even testing the missions for gameplay balance.