Kevin Caccamo continues to work on a demo for his Wing Commander Hostile Frontiers FS2 mod. He's integrated the popular Kilrathi Ralaxath into the engine and finished out his Landreich fleet. Cockpits and user interface improvements are up next. Here's some shots of the cruiser. 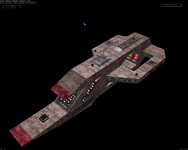 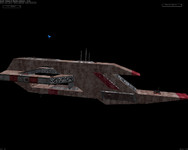 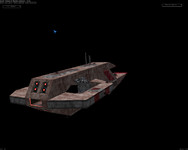 Kilrathi ships update: Thanks to JasonRocZ, I now have a Ralaxath model! The geometry was cleaned up, details were added, and the whole model was remapped from scratch. The Ralaxath was the last Kilrathi ship I was waiting on for the demo.

Scene 360 shows us Paladin--looking a lot like he did in Indiana Jones--for the first time as Blair explains that continuing to fly does mean that he 'has everything'.