The Sincerest Form of Flattery

Bob McDob has found some interesting photos of the model minatures for the game Squadron Commander Reheat. More than a few of the ships seem to be heavily inspired by various sci-fi franchises, and a couple look like familiar Wing Commander craft. The Longbow and Hellcat are obvious, but the third seems like some hybrid of the Heretic and Freij fighters from Privateer 2. Seem like a stretch? Check out the original Squadron Commander news post from 2001 that includes ships nearly identical to these P2 designs! 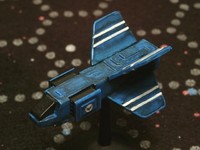 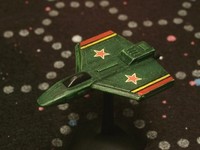 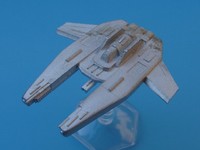 What's this? It looks a bit like a Heretic - but the forward claws are too thick and the ship in general is too wide and bulky. Yet not bulky enough and too sleek to be a Freij. It's like a Freijertic!

Scene 219 includes the one famous Wing Commander IV storyboard, with a Banshee flying past the screen. This is the 'jump in' for the Circe series, where the Intrepid joins a Border Worlds fleet.