Most of everyone who frequents the CIC knows how the Wing Commander movie production modified English Electric Lightning cockpits for the movie's Rapier fighters. Powell99 noticed something familiar about movie's Broadswords.

I've always wondered about the Movie's Broadswords. Were they made from scratch? Because they sure look like the cockpits of old English Electric/Martin Canberra Bombers.

Here are a few comparison shots... What do you think? Looks like a match to us. 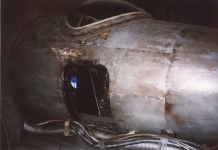 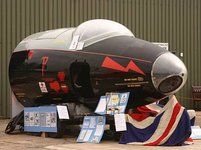 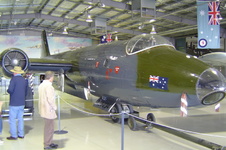 There have been several successful Wing Commander MUSHes over the years, but they have been largely defunct for the last few years. Decius is almost ready to get one going again, and he'd like to get a few people into the loop early. Send him an email or join the work-in-progress version of the game to get started!

I know this has been kicked around a ton of times, with a ton of false-starts and half-comptled projects. For anyone who's still interested in a Wing Commander MUSH, I present the following:

Wing Commander: Gemini Sector is set in 2657 (twelve years before the end of the Terran-Kilrathi war), focusing on the crew of a single Confed carrier deployed as part of a fleet trying to stop a large-scale Kilrathi assault into Gemini (Coindidentally, fitting into a time period that hasn't gotten fleshed out much in the main WC products). Kilrathi in front, corruption behind... plenty of room for craziness all around.

Right now, the game itself is nearly complete (though the game website is not), and just in need of a few minor adjustments before I take things live and crazy. Since there are more than a few familiar faces I've seen in this thread, I figured I'd give the lot of you first crack at coming by and taking a peek. For those of you who want more detail, feel free to contact me by PM, by e-mail: bossman@geminisector.com or by just showing up on the game. I'm mostly around evenings EST (after 8pm) due to my work schedule, but I'll be around intermittently during daytime hours as well.