Vasator has found something cool - a Yorktown-class light carrier (the same class of ship as the TCS Victory from Wing Commander III) floating over the sea in the popular Second Life multiplayer environment. The carrier is a storefront, offering various crafted vehicles for sale to Second Life users. Neat stuff! 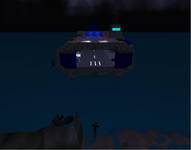 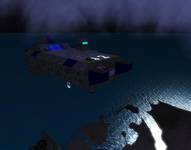 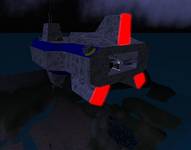 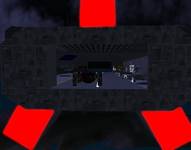 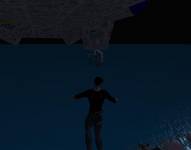 GamaSutra has posted an interview with Certain Affinity President Max Hoberman. Certain Affinity is an Austin-based studio whose background includes a lot of Wing Commander experience! He says:

Tell me about Certain Affinity. How did you get started?

Max Hoberman: I’m originally from Austin, Texas, and I moved up to Chicago and then out to Seattle. I went to work for Bungie and I was there for about ten years. I moved back, finally, to Austin. I missed the sun.

When I went back, I was working for Bungie remotely, but there’s only so much you can do remotely in the game development business. It’s very much collaborative, especially since I worked in multiplayer as the multiplayer online lead at Bungie. It’s just an extremely collaborative business.

I wanted to go on and do bigger and better things. I met a really good group of guys and we ended up founding Certain Affinity. Austin has a lot of people with a lot of experience – some of my guys are old Origin guys, going back to the late eighties. Our lead programmer started in ’87, and was the lead programmer on some Wing Commander games. So we put together a really good initial group, and since then we’ve about tripled in size.

The programmer in question? Paul Isaacs - veteran of just about every Wing Commander under the sun! We wish these guys nothing but the best - they're one of the leader contenders for recapturing that Origin magic!