Before building a variety of cool Lego renders, Death Angel started with a physical model. He says insufficient bricks kept him from properly completing the design, but this looks super! The design of the physical Hornet fighter went on to form the basis of his first 3D model, and all three of his virtual ships should be buildable as long as the builder has the proper Lego pieces. 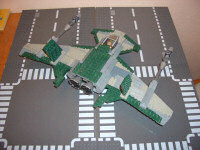 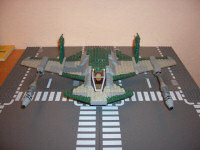 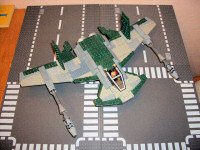 Here's a more detailed look at the 'lost station' map. It was replaced 'in game' with the TCS Port Broughton map... you can see how it would have worked here, complete with bordering shield emitters to contain the action.