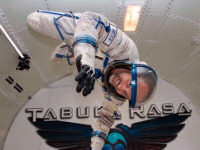 These twenty-two small sketches were achievement and medal icons. Originally the game was to include an in-game medal system in addition to the standard Xbox Live achievements - they would display at the 'bar' screen which is still included in the finished game. The most interesting thing here is the 'wanted' poster - the plan for that called for the game to generate a WANTED poster using the player's statistics, in-game avatar and Xbox Live name.