Where there's Gratha, there might also be Fralthi close behind. Michelle has followed up on her 500 polygon fighter model with a 500 poly capship. The main spaceframe is one solid mesh with engines and glass elements merged separately. Both light carrier and cruiser variants were modeled, and a neat cutaway perspective even provides a look at a possible interior. 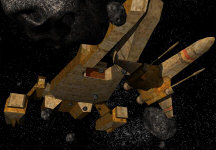 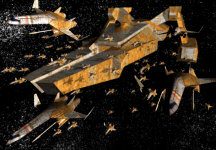 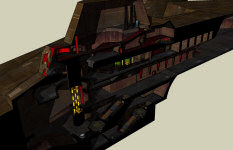 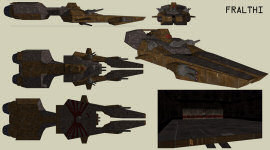 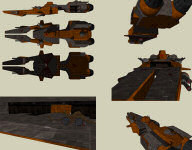 Here's another look at the missing Centurion, this time from the original model sheet sketches. The Centurion model was actually completely rendered and textured - we saw the finished version when we visited Gaia! Only one variant was created, though, which gives you an idea of what point they were removed from the game. 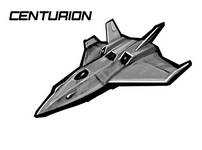