Following good news with good, TeamXbox has posted a new preview of Wing Commander Arena. It gives descriptions for every game mode, talks about fighting 'bots and confirms what we've noticed in recent screenshots - that the game is a lot more polished than it was three months ago. Most importantly, it reveals for the first time all of the game's Achievements. For those unfamiliar with Xbox games, Achievements are special graphical awards unlocked for accomplishing various in-game feats, similar to winning medals in Wing Commander I... except everyone can view your accomplishments online!

Untouchable: Reach wave 10 in Gauntlet without ever taking damage to your hull. (20 points)

Hibernation: Reach a streak of 5 in a Bearpit game. (20 points)

Gunfighter: Win a Ranked Duel with each ship type. (20 points)

Navigator: Travel through every gold jump gate in the game. (10 points)

You can read the entire article here.

The Game is First Rate

There are no small Wing Commander news articles, only small Wing Commanders: the German equivalent of the ESRB, the USK, has rated Wing Commander Arena. The verdict? "Freigegeben ab 12 Jahren gemäß § 14 JuSchG", meaning "restricted for those below the age of 12". This is a slightly higher rating than the game received in the United States, where the ESRB awarded it the 'E for Everyone' ranking. 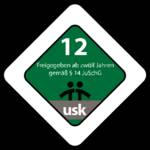