The man who brought us the Heart of the Tiger movie project is now aiming to give Wing Commander IV the same treatment. Like his Wing Commander III project, recorded gameplay footage and selected movies from the game will deliver the story. Only this time, he has DVD quality video to work with! Queeg has put together three samples for us to check out. 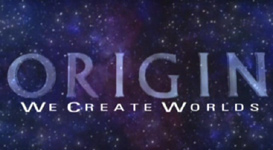 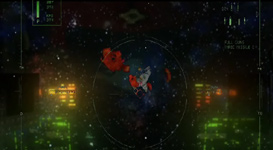 Morning all, now that my first project 'Heart Of The Tiger' is finished I'm eager to begin a new one, and what better than its popular sequel 'The Price Of Freedom'. I realise there are already plenty versions of Wing Commander IV already being / have been made, but in that case, what is the harm in one more?

As you probably already know, WC4 has significantly better video quality than WC3. Since it has been released on DVD, you can't get much better without going High Def. Now my software allows me to edit the VOBs directly from the discs (ripped to my hard drive) so there should be no quality loss. Also the software allows me to make use of all 5.1 audio channels from the VOBs so the end result should be a true movie experience.

Give the VLC movie player a try if you can't view the files. This project is still in the early stages, so now is a good time to let Queeg know what you think of these samples. Join the discussion on the Forums!

Raptor has sent along your monthly fix of WC's longest running fan fiction series along with an introduction to this latest chapter.

In the past few hours, the Yorktown's pilots had crippled one of the two Nephilim super carriers they were fighting. The Nephilim are far from finished however, and the Yorktown crew, in conjunction with the Border Worlders from Battlegroup Valkyrie, have to find a way to destroy the two super carriers and their escorts without suffering devastating losses in the process. This chapter is jointly written by myself and Joe "Wraith" Guida. Please send any and all comments to me or to Joe at captpowell1@yahoo.com