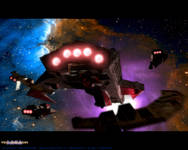 BrynS tipped us off about the latest accolade for Origin founder Richard Garriot. The International Game Developers Association has announced that he will receive a Lifetime Achievement honor at the 6th annual Game Developers Choice Awards next week. It's only been a few months since the Academy of Interactive Arts Sciences announced that 'Lord British' would be the 9th inductee to their prestigious Hall of Fame. He's been a renowned developer for more than a quarter century now, and he was even the Guest of Honor in his twenties at DragonCon 1987. Garriott is currently developing Tabula Rasa in Austin. The IGDA has prepared a short biography that you can find here.

During his 20+ years as a programmer and video game designer, Garriott has received numerous awards including Computer Gaming World's "15 Most Influential Industry Players," Next Generation's "America's Elite," PC Gamer's "Game Gods," and PC Games' "Designer of the Year." Garriott, along with his brother, Robert, was also named "Entrepreneur of the Year" by Inc. magazine...

Son of Skylab and Spacelab astronaut Owen K. Garriott, Richard took an interest in computers at a young age. He began programming games in high school and produced his first published game, Akalabeth, at the age of 19. While attending the University of Texas at Austin, Garriott began developing one of the most successful, longest-running game series of all time: Ultima. Garriott and his brother formed Origin Systems, Inc. to begin publishing their own games, and the company was acquired by Electronic Arts (EA) in 1992.