The Origin Museum never stops adding to its collection by preserving rare and exotic memorabilia. Joe and Paula's newest items include a number of collectibles donated by Crusader lead designer Mark Vittek. The first item pictured below is a jacket worn by a WEC official in one of the Crusader games. Origin dogtags and an Ultima Martian Dreams development team shirt follow that. There's also collection of Origin company newsleters and then a Strike Commander promotional poster. The signed document is a completion certificate given to players who finished one of the Ultima Trilogies. Back in the 1980s, Richard Garriott would mail these autographed documents to people who contacted Origin about winning a game. An Ultima 8 concept map is drawn in pencil, and the final image was a similar map created to plan out regions in Ultima Online 2. It's all pretty neat stuff. You can find more shots and interesting collectibles from this lot at a temporary location at the Origin Museum here. 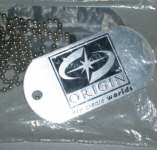 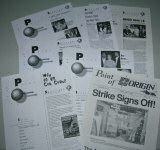 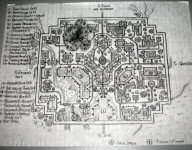 Germans have something very important that is lacking in many other cultures: a healthy continued respect for Wing Commander. Case in point, the latest issue of PC Games magazine features an editorial that asks 'what would we do as boss of Electronic Arts for one day?'. First on the agenda? Bring back Wing Commander! You can read the full article, in German, here. LeechMachine, who found the article, was also kind enough to translate the part about Wing Commander:

Top Priority No.1:
Start the development of Wing Commander 6

The sudden end of Prophecy makes clear that there's got to be a follow-up script to the story in the desk of some (former) employee. Although Origin is no more and there's no sign of evidence that there are plans to revive the Wing Commander series, it would be the perfect start of the day as the boss of EA to make this happen!