Wing Commander Privateer Gemini Gold, a spinoff of the Privateer Remake, has just been announced. Extra fan-made content has been stripped out to deliver an experience more like the original Privateer. Windows, Mac and Lunix versions will be available. A solid preview version has been completed, and they're now looking for a small dedicated team of testers. People looking for a sneak peek should wait for the final version. Wing Commander fans with the time and energy to hunt down any lingering bugs should contact the Gemini Gold team here.

Gemini Gold is a Remake of the original Privateer. It was in development since the late beta of the Privateer Remake and internally known as the "Purist Version." The goal was to bring the original spirit of Privateer to modern computers without additional fan made content.

You can contact us via email (priv@solsector.net). If you're selected, we will tell you how you can download the Beta. Please send us an email only if you really have the time to test the game and deliver a little report about your bug findings. 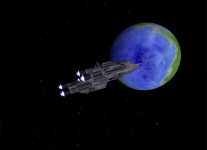 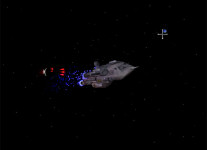 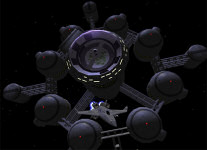 The original Privateer Remake has now been patched to version 1.2. There are some issues taking your savegame between one version and another, so here's Mamiya to clear some things up.

Any ship you may have will remain through the (upgrade), it is only the campaign that is affected. Which is a rather major part of the game. :(

1.1 unfortunately broke compatibility with 1.0 savegames. 1.2 restores compatibility to 1.0 and loses some with 1.1 in the process. It's painful, but 1.0 is still far more widely distributed, so it was important to rectify the mistake.

1.1 savegames should survive the transition to 1.2 if you never had a reminder from a fixer about your mission ("Why are you still here?"). Otherwise problems can occur. You can try rolling back the campaign a bit: in the savegame file, reduce the number after privateer_campaign to roll things back. Make a backup first. :)

Failing that, one can always go back to 1.1 and things should work fine again. All future versions of the Remake and Gemini Gold will have compatibility with 1.0/1.2, so it's best to make the jump sooner or later. 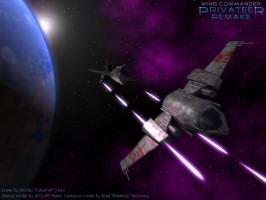 A number of people asked us about HCl's Wing Commander Editing Site over the weekend. The entire WC Revival net is offline right now, but HCl's site should be back very soon. Some of his patches and upgrades are mirrored in our Files Section. If there's something missing that you need right away, feel free to ask at Crius.net.