Eddieb has released an audio track from his upcoming game, Flight Commander:

Wrote and performed this song for the Flight Commander game flow today. On the coding side, a number of Flight Commander bugs have been fixed recently, and the focus is now on pushing performance.

You can download the file (1.9 MB) here. Feedback can be left at the CIC Forums.

Kn'Thrak 555 saw Fatcat's work-in-progress Behemoth model which we posted last week and decided to send us pictures of his own model. It was apparently constructed a little while ago, but seems to have held together. He didn't mention how big this Dralthi IV is or what it's made from, but regardless it's a great looking model right down to the indentations in the wings. It's the closest thing to a real Dralthi since LOAF's waffles. 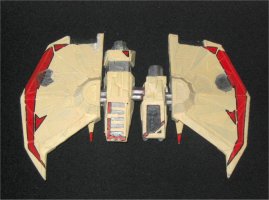 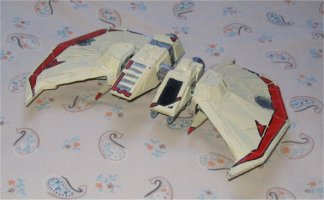