The Green Hornet Is Back

Last week we reported on Forum member Alpha 1-1's efforts to create a Hornet fighter out of balsa wood and aluminum. The craft is now finished and he posted these pictures to show off the end result. Very impressive! 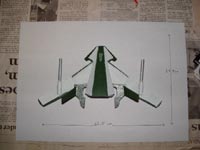 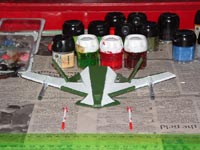 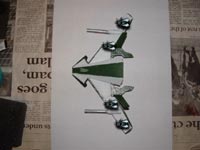 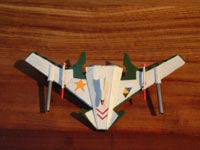 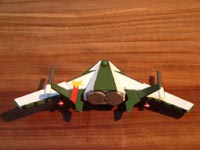 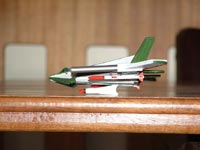 Instructions to build your own are forthcoming and Alpha 1-1 is thinking about putting together a Kilrathi fighter next. You can join the discussion here.

The special Ultima packaged that we reported about last month has made it to stores. Complete with the Origin logo on the box, the 7th Anniversary edition comes with a complete patched version of Ultima IX. Either one is well worth the $19.99 price tag. All the previous UO expansions are included and seven friend codes are available to bring others online or expand your current account. One of seven possible rare in-game gifts is included in the box, including the possibility of a rare armor not due to be introduced until an upcoming UO expansion being released in the fall.

Launched in 1997, Ultima Online was a pioneer in the world of online gaming and defined the category of massively multiplayer Internet-based entertainment and is still recognized as the most immersive of any online world. Ultima Online is offered in six languages and is played in more than 100 countries located in every time zone. The game stands as the longest-running online subscription-based game in history. More information on Ultima Online can be found at www.uo.com.

It looks like UO still has at least a few good years of life left in it yet. It's pretty amazing to think of a massively multiplayer game reaching its tenth anniversary. You can find the official press release about this event here.