Intrepid Gets A Kick in The Chops

There's been a huge increase in the number of wallpapers that we've had sent in since we opened our Wallpapers section, and official art aside the submissions have been renders or photoshops. But not this one! Oh no, Bob frowns on using these professional tools, instead using MS Paint to unleash his creative...talent. That said, it's not as bad as you might think. It should be fairly obvious which WC4 scene this wallpaper recreates. Unless you haven't played WC4 of course. 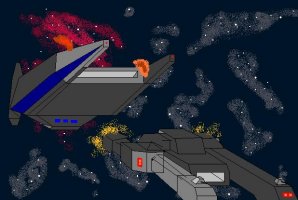 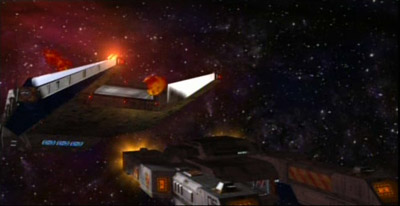 It was a very close call, but Wing Commander III won the favorite ending poll. Here's the top three:


Our eighth poll this year asks what black market commodity you like best. Guess what I voted.