originalTHP was able to scan in the article that Catweasel found earlier this week. He's translated it a bit, so I'll let that speak for itself.

Wing Commander 3 was probably the best reason to get 8 megs of RAM in December 1994. Just a few titles needed this - for that time - monsterous RAM size. But the purchase of additional RAM was totally worth it, because the second sequel of the space opera had it all. Chris Roberts put fascinating story with real acting in many impressive video sequences. Good hollywood actors like Mark Hamill (Star Wars), John Rhys-Davies (Indiana Jones) or Malcolm McDowell (Star Trek: Generations) were filmed. Above that, the new SVGA-Graphics-Engine put amazing graphic effects on your screen.

Therefore, Wing Commander 3: Heart of the Tiger was the best space simulation for a long time. After part 4 (The Price of Freedom), Chris Roberts left Origin and founded the game studio Digital Anvil (Freelancer). With it, he produced the just mid-quality movie Wing Commander in 1999 - a total flop. Wing Commander 5 (Prophecy) satisfied us more, including a spin-off that is not readily available anymore. In 1998 this was the most recent chapter of the series on the PC.

Electronic Arts has opened a site with a preview movie for Ultima X. The actual content is restricted to those that have been invited to an upcoming Ultima X preview event, but everyone can see a short movie with a variety of outdoor 3D environments. The site is either getting hammered of is on an unbelievably slow connection, because the two meg preview movie can currently take anywhere from five to twenty minutes to load. 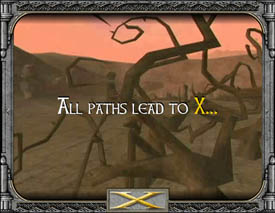 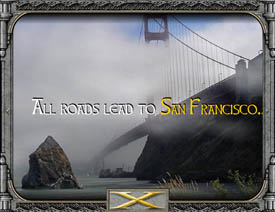 The San Francisco bit is referring to the location of the two day game unveiling.

It's a Hyphenated Birthday

No, not the CIC Birthday, yesterday the Northeast musical scene's most up and coming conductor, ace Hyphen One, turned a year older. If you'd like to get something autographed, ace will be at Dragon*Con this year.