EmuMusicFan has another new character to share from his graphical novel project, and this one's kind of unique. He's working out angles on a new camera person for a TCN news crew that's going to interview a famous Kilrathi. The character will be a Firekkan, which confers certain advantages in his line of work! You can watch a visual example of what the end project(s) will look like on YouTube here. 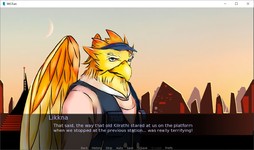 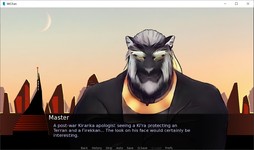 The gist of Chpter 3: TCN is producing a historical documentary program. A presswoman and a intern Firekkan cameraman interviewed a retired Kat pilot, Haga Kaligara...

As for the character, I would design him like this: Rarely does a young Firekkan, who has left home, come to TCN as a trainee cameraman. His race talent allows him to be more flexible for many filming assignments. By completing this documentary work on Pasqual with other staff members, he would be able to turn into a full member soon. But after actually coming to Pasqual, he was still scared.

John Rairdin was looking at old game trailers and reminded us about the wonderful little teaser for Prophecy on the Game Boy Advance. We reported on it back in December 2002, but that was years before YouTube was founded, so it was just a downloadable wmv file. Since most of you probably haven't seen it before, here it is again! Sure, it's not quite as pretty as the 3dfx version, but keep in mind this was running on a 16 MHz handheld with 256 kb of ram. Three CDs had to be compressed down to just about 4 megabytes (thanks to EmuMusicFan for the clarification!) - it was quite a technical achievement! You can find this clip, other Prophecy trailers and many more Wing Commander videos in the CIC Holovids section.

Plywood Fiend has wrapped up another complete stream of a Wing Commander game. This time he played through the popular Secret Ops mod Unknown Enemy. If you haven't watched his previous material, he's spiced up the footage a bit with his own brand of humor. Check out the full UE playlist here. Having also completed a successful run through the original Wing Commander last month, he's doubled back around now and is picking up some of the losing track systems. You can find those additions here.

Port Hedland and Hubble's Star are done. (Saved both Drayman (Draymen?)... eventually.) The missions themselves are nothing new to anyone here most likely, but the peculiar humour and freakish intros are, like this one:

A lot of Wing Commander fans missed out on Super Wing Commander, so we like to highlight it from time to time to showcase its unique style. The game was a remake of the original Wing Commander with a modified Secret Missions campaign, but it was only released for the 3DO and Macintosh in 1994 and 1995 respectively. The art style is revamped and there's some considerable cross-pollination of 3D assets between SWC, the original Privateer and Armada. It also has full speech and was therefore among the first WC games to require a CD-ROM.

This particular stream is by the Japanese Youtube channel retronome. Japan is the only country to get an alternate language translation of the game, so this provides a neat glimpse at this port of a port. The main cutscene/briefing speech is still in English, but Japanese subtitles are included throughout. Small bits of spoken Japanese are included for the game flow narration. One final neat fact about the Japanese SWC is that there was also a neat promotion that resulted in some official Japanese SWC stickers. That's Paladin with the eye patch there! 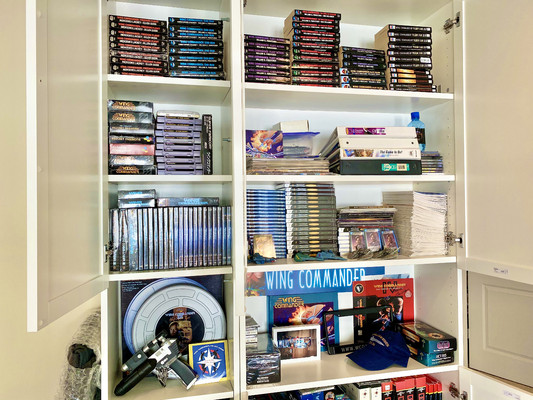 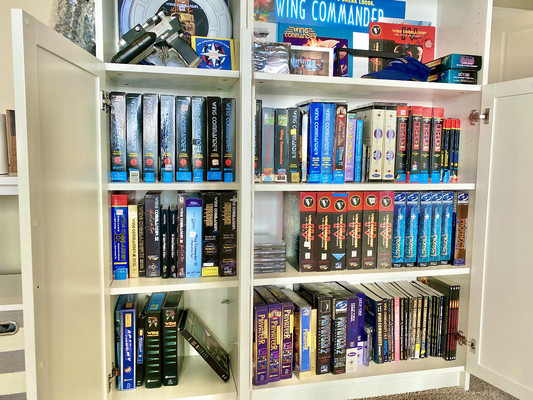 There's been a lot of talk in the news lately about the enhanced footage that ODVS has made for Wing Commander 3, 4 and Prophecy, but we've also heard from some folks who haven't downloaded the large (but not too large) file packs with the remastered clips. For all those folks, he's released this dazzling sample: the WC4 cinematic trailer. It's just gorgeous - even with YouTube's compression factored in! Owen made an entirely new set of clips for the CIC's recent birthday, and all the download links are available below.

If anyone fancies a moment of pure nostalgia, in the run up to this party, I also re-created the original WC4 Cinematic Trailer with footage from the V5.0 remaster. So again, HAPPY BIRTHDAY WING COMMANDER CIC and HAPPY 30th BIRTHDAY WING COMMANDER FRANCHISE! Here's to many more decades of fun times with this vibrant community :D

Youtube and Twitch streamers ValiantClan have hosted a big interview with part of the WC4 Fan Remake team, ODVS and DefianceIndustries. The conversation spans a full hour, so it covers a lot of interesting topics! They start out casually talking about the Wing Commander series and then get into the details associated with the remake project. There's plenty of technical discussion mixed with fun anecdotes from the Wing Commander series, so it's a good listen. Check it out below!

To celebrate the 30th anniversary of Wing Commander we invited the developers of the Wing Commander IV - Remake Project. We had a nice little chat about their project, the franchise, Star Citizen and Star Trek. The project is a fan attempt to allow owners of Wing Commander IV: The Price of Freedom to enjoy a more modern experience by loading the files from the original game into a new engine, complete with specially created, high definition assets.

quasardeep shared a neat photo of an incredibly elaborate Russian bootleg of Privateer 2. It has a color manual, printed disc and fully translated instructions. As there was no official Russian version, this was the only way for them to be able to play decades ago. It sounds like they've since acquired an officially boxed copy, but this is a fun and priceless artifact in its own way. You can now get P2 and the rest of the WC games at GOG for $5.99 or less.