wiese.hano said:
I'm worried if I would be able to keep the original game setup while installing the new models.
Click to expand...

You mean control schemes and save games?
W

No, I mean beeing able to run the original Prephecy (together with the original textures) while having the new textures installed.

No - the MUP will overwrite the original models and textures. (the original .MAT textures will remain because the new models use different MAT files, but the .IFF meshes are overwritten in the case of WCP.) If you wanted to revert to the originals, you'd need to uninstall the MUP/reinstall WCP or SO. It currently isn't a toggle inside the game and likely won't ever be.
W

Hi all - we are working on the next MUP release: right now it will include the Hydra, Kraken, an updated Dula 7, the SO cruise liner and associated hulk, as well as the rest of the WCP starbases (Callisto, Confed Starbase, etc.). It will also incorporate the latest WCP Unlimited enhancements. No ETA yet but I'm going to see if we can get it out before the end of May. Watch this space.
F

DefianceIndustries said:
Hi all - we are working on the next MUP release: right now it will include the Hydra, Kraken, an updated Dula 7, the SO cruise liner and associated hulk, as well as the rest of the WCP starbases (Callisto, Confed Starbase, etc.). It will also incorporate the latest WCP Unlimited enhancements. No ETA yet but I'm going to see if we can get it out before the end of May. Watch this space.
Click to expand...

Excellent. In fact I've been holding off continuing Prophecy just for the next MUP release. As always, I'm looking forward to it very much.

First of the new batch is ready - The revised Panther is now completed and in the game - and in the next update she'll be yours to fly...

All your base...well you know the rest. Asset #2 for the next patch is done. The SO Outpost (which replaces the WCP starbase). The Outpost is an odd duck, in a world where artificial gravity and faster than light travel is a thing, the outpost relies on good old fashioned spin gravity - many have speculated as to it's purpose: a legacy of a bygone era? A cheap civilian installation? A mammoth revolving space restaurant (which is my favorite). Either way it makes a fun appearance where you have to save it from a nasty Hydra attack. Of course if you fail, you get to see more of the awesome Plunkett cruiser so it's almost worth doing it that way.

Alas - Poor Galactic Bob Evans: your fatty foods couldn't save you from a bug onslaught... 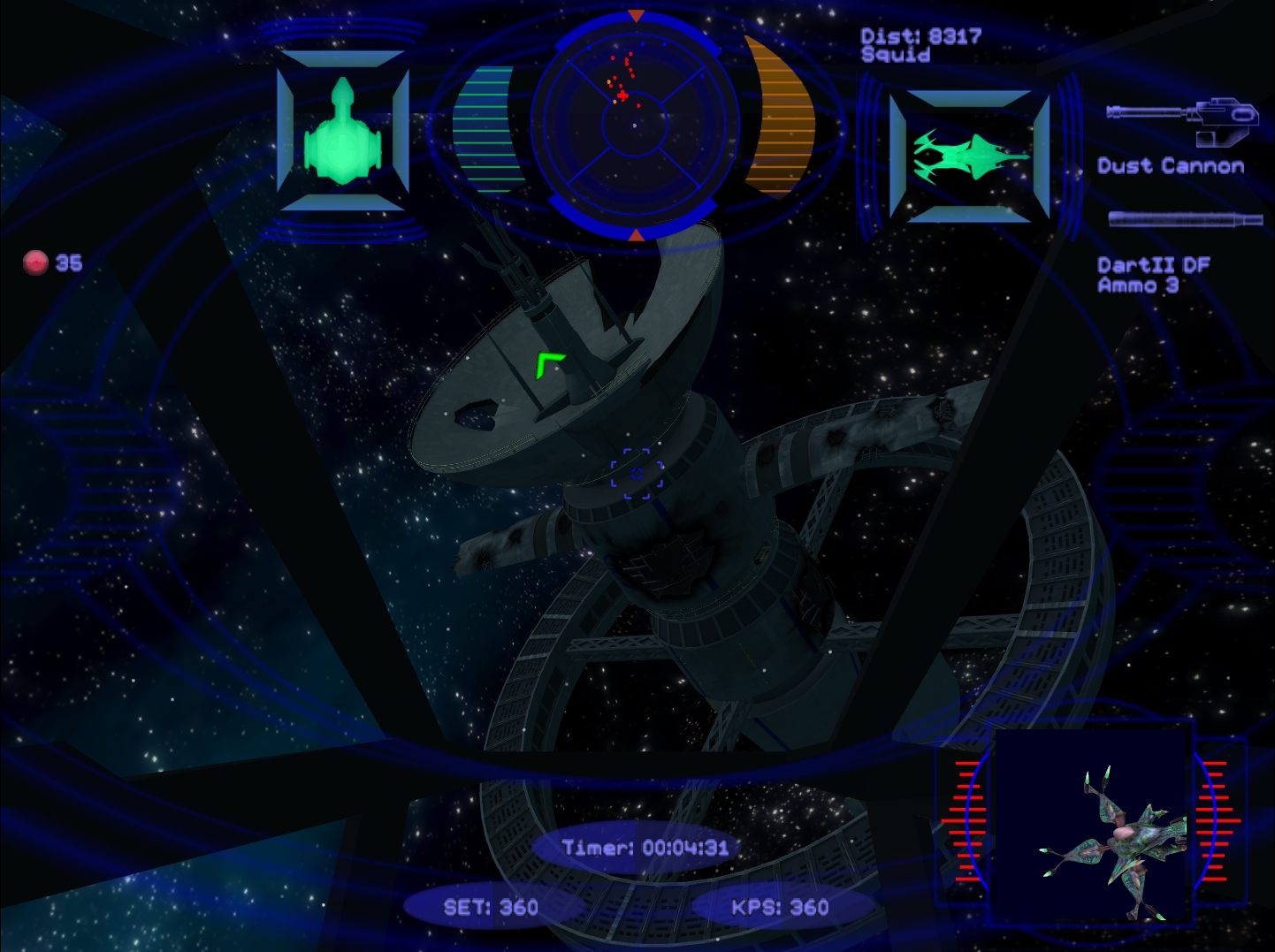 Unsung hero update: So while the art usually gets top billing here I forgot to point out in last night's post that the outpost is also making use of a long-asked-for feature in WCP:Unlimited - That of the destroyed hull object. @gr1mre4per has done a lot of impressive work making the Vision engine jump through hoops it wasn't intended to do and this was one of the big ones. Using sneaky LOD (That's Level of Detail for you non-game developer types) switching we can cheat Secret Ops into hiding a blown up main hull object until the cap-ship registers as destroyed. At that point (the big white flash when a capship dies) the engine swaps in the destroyed hull. Pretty neat, right?

This also allows us to do more with emit mapping. Prior to this enhancement we have to cheat a bit by using transparent textures and an underlying "emit mesh" which we usually create as a CARGO chunk (which is why sometimes you cycle through sub-targets and see 'Cargo' pop up even though it isn't a pelican or a leatherback). Since the main object doesn't have a destroyed mesh (and the engine didn't allow for it), any emit mapping would remain in place after a ship was destroyed. So windows stay lit, etc. Now the dead hull can have an entirely new set of textures so we can make full use of emit mapping and save on polygons! Win/win I say.

There are a few limits with it:

1. it currently exists in Secret Ops only - We want to back-port this feature to WCP at some point but it's more challenging as the EXEs are different between them. So that means that for now, shared Capship assets between WCP and SO will not make use of it currently; and I don't want to create two full sets of capships between engines as that can cause a bunch of issues with version management (and the 3.1 alpha was an example of what crappy version management can wreak on the players) - and it's also a ton of work.

2. dead hulls have to retain the same basic shape as their non-dead counterparts: This is due to the fact that the dead hull and the live one have to share a collision tree. So if I blow up a carrier and the dead hull is cut in half, ships would still collide with the missing half because the collision tree has to remain the same.

Over the next few releases we will be adding in dead hulls for SO-only assets like the Murphy, Vesuvius, and Plunkett to punch up the drama of some of the cutscenes. But this is an engine enhancement that we've long been asking for and was delivered! We're excited to see what else we can do...

A great start! And yes, I do say "a great start" because, after all, those collision shape limitations you mention mean that ultimately, it only goes a step further than what WCP did originally. But hey, it's still cool!

I wonder if it wouldn't be easier to do something else instead: namely, for each capship, create a separate "dead" version, like the Fralthi II in WCP, and do a swap at the moment of death. Ah. But that would require changes in the mission scripts themselves, which is definitely not a great thing to do with WCP/SO. Oh, well. Scratch that idea...

That was the original feature idea @Quarto, but after discussing it this was the more feasible option. For more catastrophic damage you can still use the derelict hull objects
V

Loving this, dead hulks were always lovely in WC3. 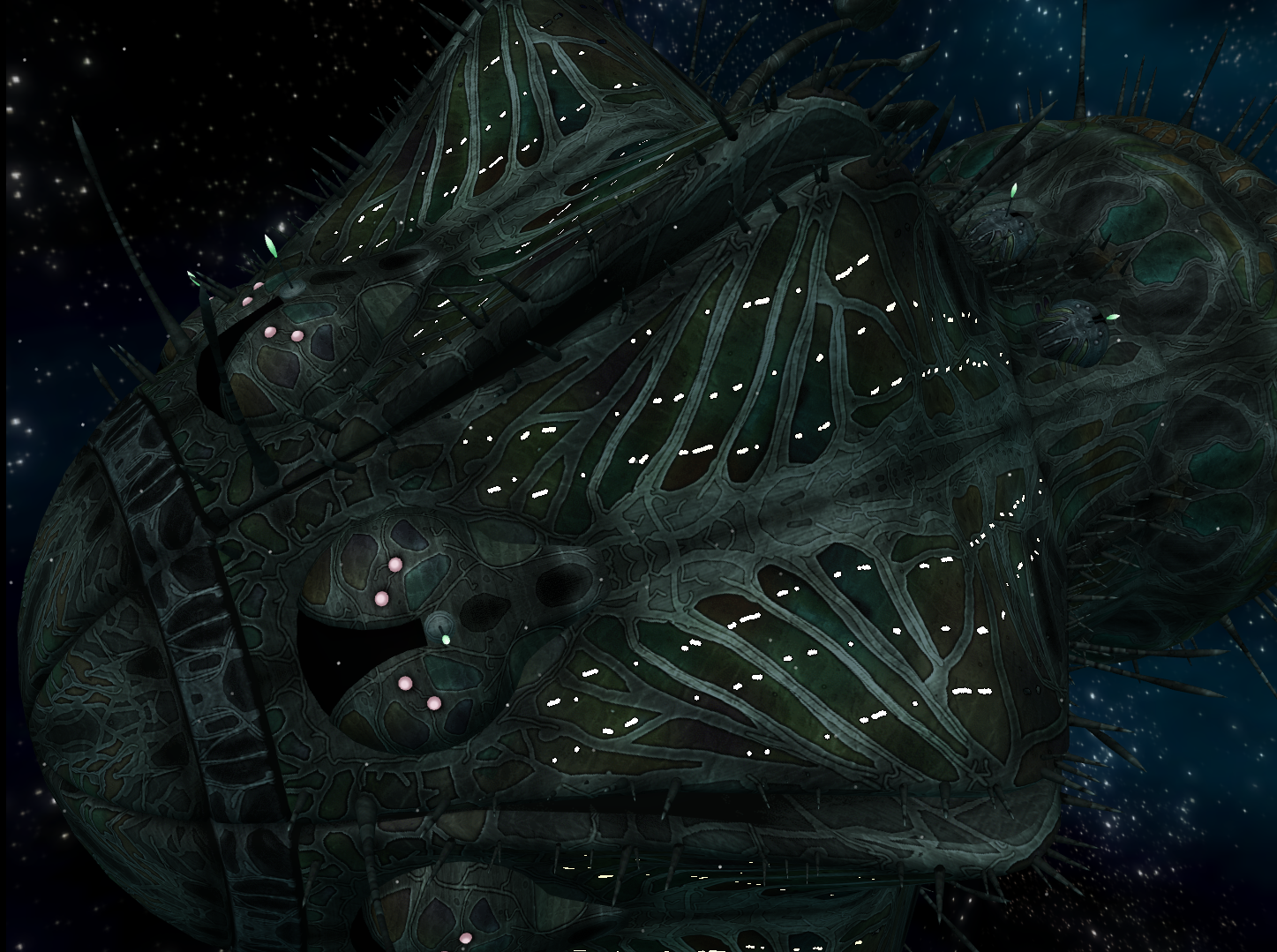 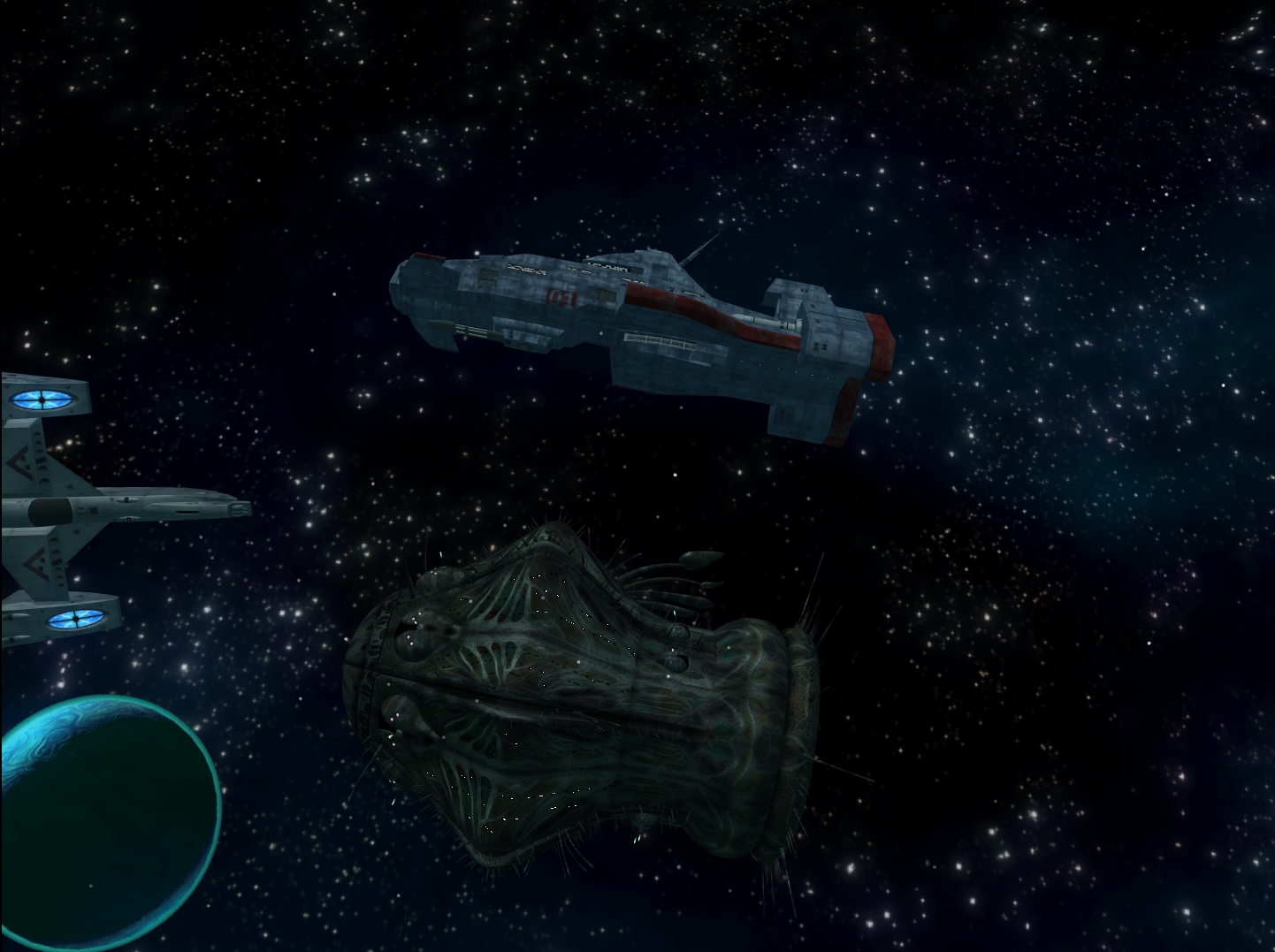 So update on Beta 1.0 package. I have 2 assets still to do for the next package - Dula7 and the WCP starbase. I have a stretch goal of trying to get revised Cerberus and Vesuvius models done to take advantage of the new SO features like dead hulls, and actual emit mapping. 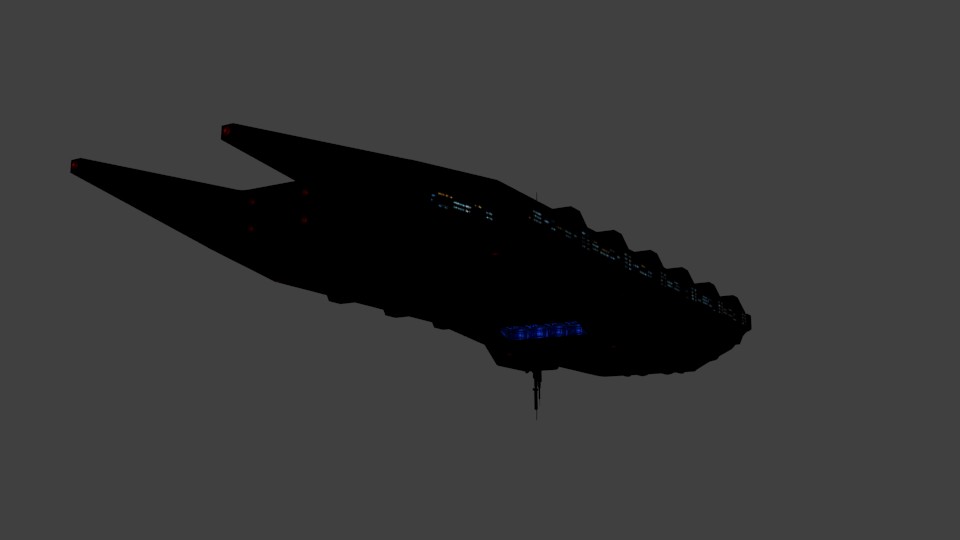 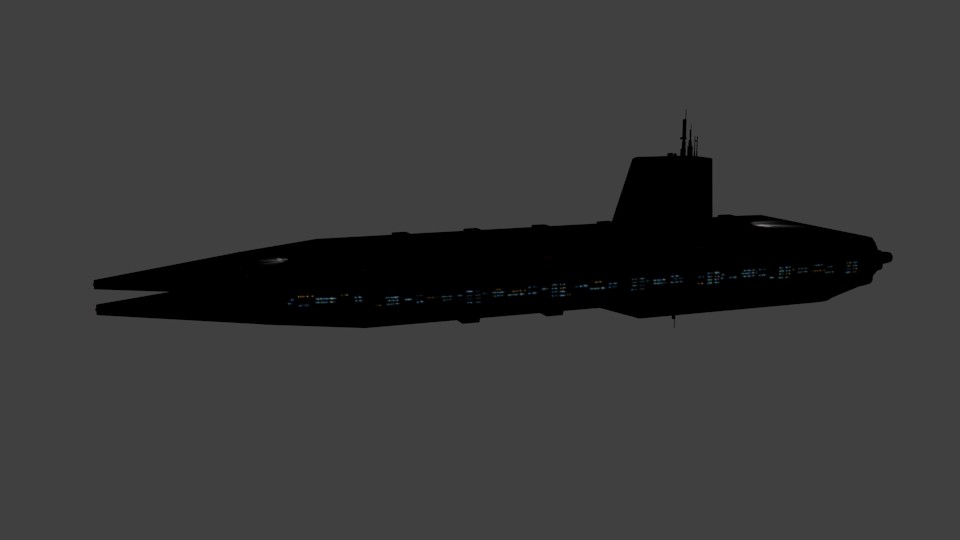 Looking at these images, I find I am not entirely unpleased

The new Kraken model looks far more threatening than the original one. :O

@Quarto My goal with this mod is to make all wingnuts partially unpleased with replaying the games.

I am currently playing WC2, so you think you are done with the mod when I start WCP? ^_^

gevatter Lars said:
I am currently playing WC2, so you think you are done with the mod when I start WCP? ^_^
Click to expand...

Some of that depends on how fast you play, I mean, if you're speed running it - no probably not. The good news here is that we are considered functionally feature complete at this stage with the exception of back porting some functionality to WCP. The assets are largely done, we will have some outstanding bug ships for the next release: comfac, drydock, wormhole towers, bug cargo boxes (treasure hunt mission) and the Tiamat. Those are the last major pieces of art aside from the crystal plasma gun for the midway.

It is playable as is but if you want the full experience then we're maybe 1-2 releases away. There's always going to be something I can tweak or do better - but I have to call it done somewhere - so likely after those new assets and my revised versions of the Cerberus and Vesuvius that'll probably be it. 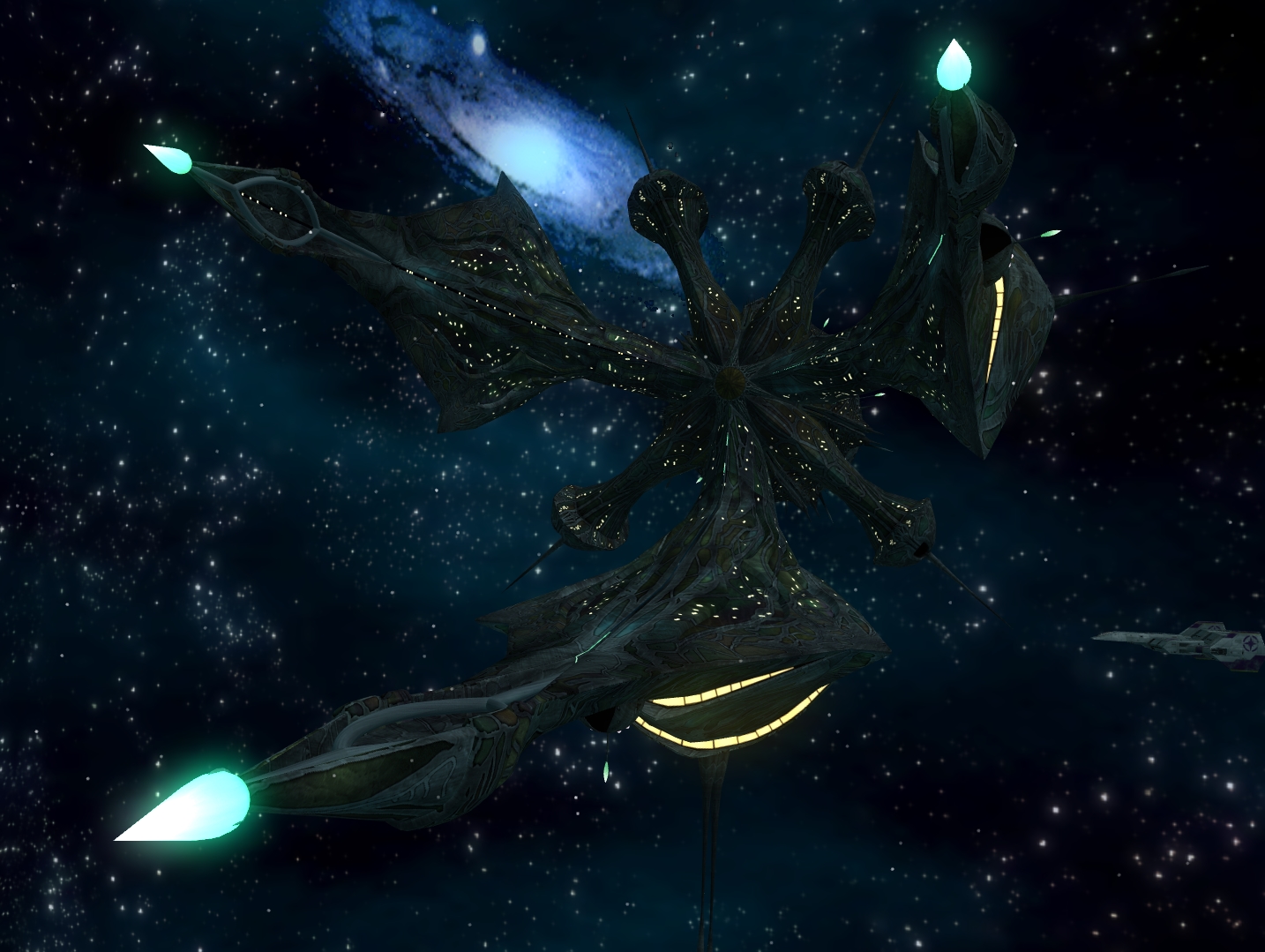