David Wade said:
this game is so awesome thanks guys for all the help getting it to work.
Click to expand...

I guess you made it work after all.

Ended up downloading directly from steam

From: Union of Border Worlds Office of Naval Intelligence
To: All Militia Captains 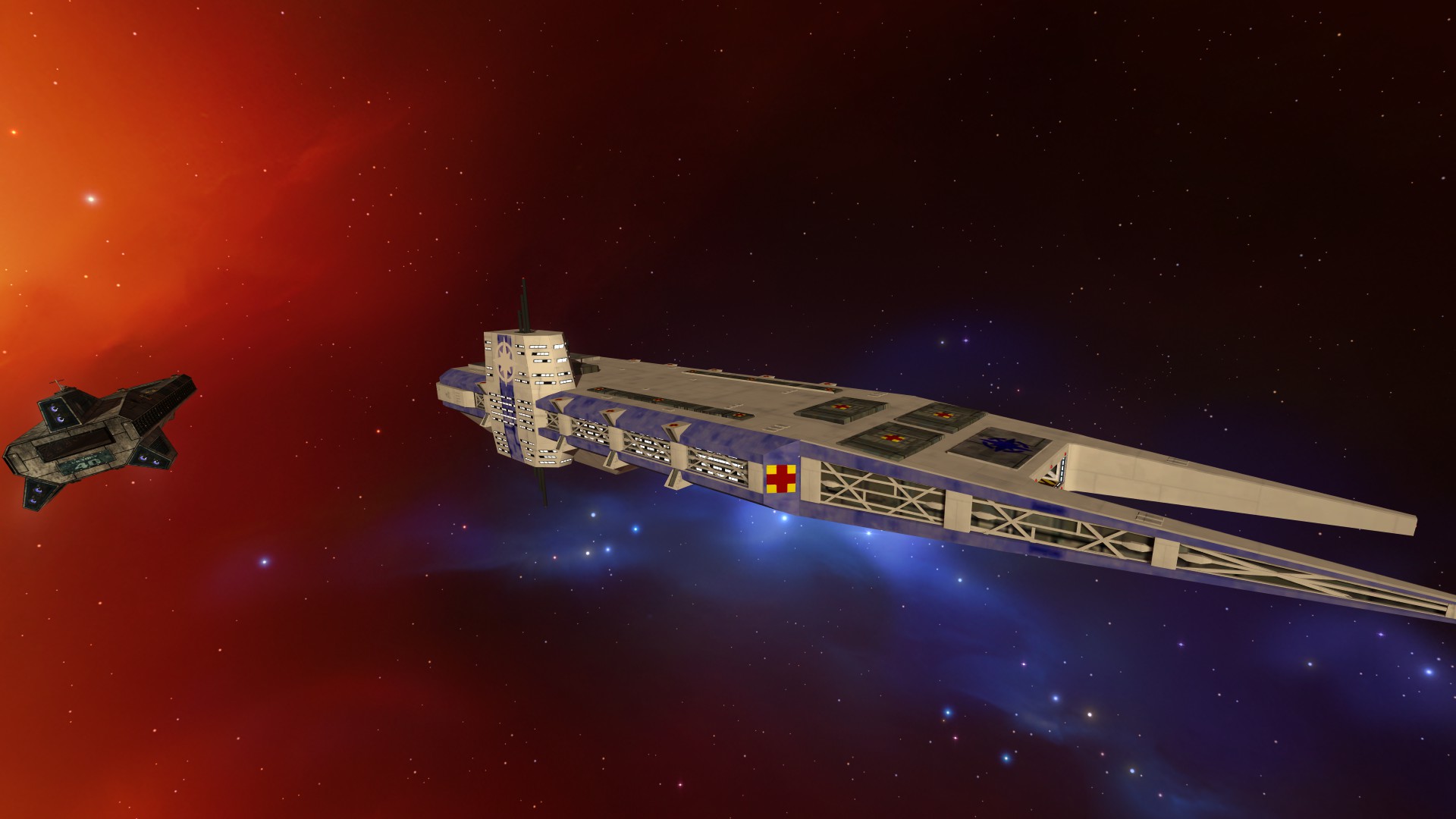 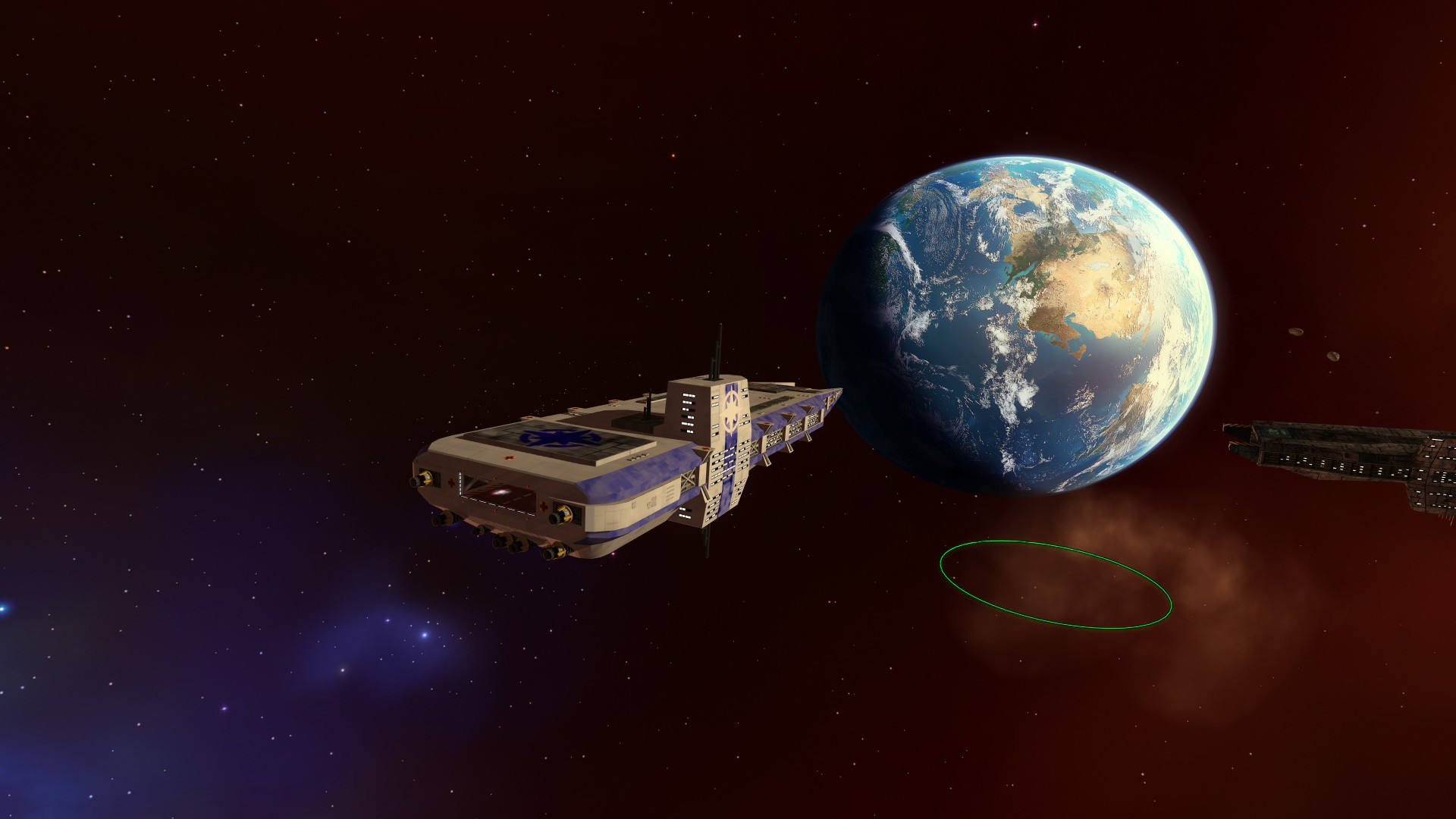 so much sexy... I can't wait to butcher them in the name of Sivar and bring honor to my clan and hrai

phoenix_aod said:
so much sexy... I can't wait to butcher them in the name of Sivar and bring honor to my clan and hrai
Click to expand...

They will put the fear of God into you, Cat.

With textures a bit darker: 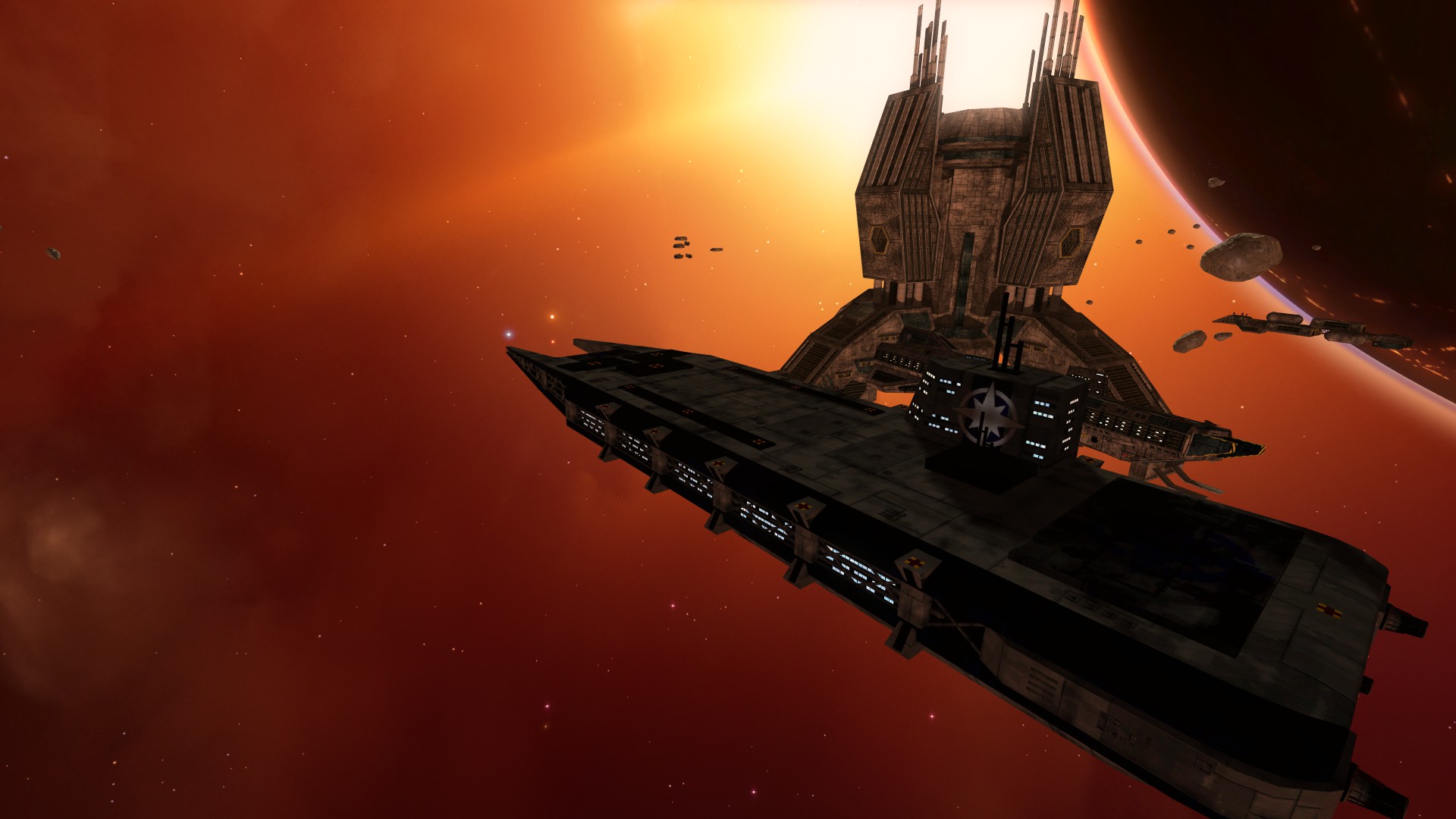 Now you just need to give it those turrets I gave ya.

DefianceIndustries said:
Now you just need to give it those turrets I gave ya.

Yep, that and the engines will take some time. The priority was to check whether it was integrated correctly ingame. But now, though, I'll play a multi game with the guy who found the Holy Grail bug. :-P

Well, I just lived the bad end of Wing Commander III in that multi. Got my Confed ass kicked by the Cats. XD

OTOH, those Tallahassee are selling themselves hard against the Cats: 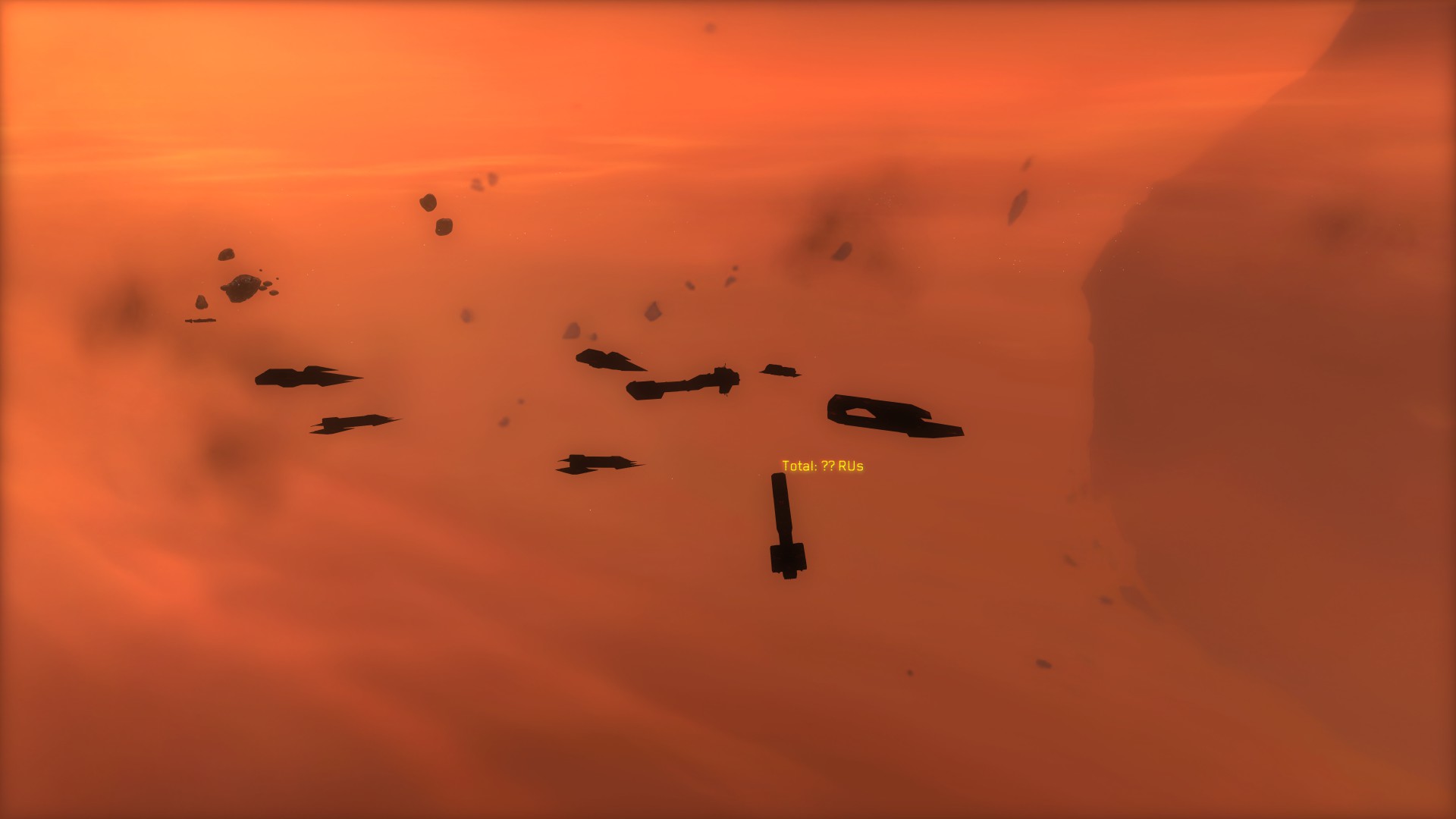 I'll post within the hour a balance update to fix some stuff making the Kilrathi unecessarly OP... Confed fighters will be slightly buffed and Darket/Dralthi nerfed because they were spammed waaaaaay too easily. Fixed an issue with Paktahn balancing in the new bomber system and I'm live-testing a code that should make missiles priority targets for capships.

Edit: done, the code works just as required, and all Confed/Kilrathi warships will disregard all targets to fire at enemy missiles and torpedoes with their laser, missile and tachyon turrets while AMG batteries will keep firing on other targets. To compensate, the accuracy of anti-missile fire has been reduced to 20%.
Last edited: Jan 8, 2016

On a roll now! Man, I have to brush up on my spacial awareness, I've always found HW a bit challenging.

Whiplash said:
On a roll now! Man, I have to brush up on my spacial awareness, I've always found HW a bit challenging.
Click to expand...

As for the work on the mod, I'm getting progress on the AI but there's still some compatibility problems with the fuel system.

L.I.F. said:
They will put the fear of God into you, Cat.
With textures a bit darker:
Click to expand...

looks really good darker... and a Smart Kil always has a bit of fear of Sivar

L.I.F. said:
Well, I just lived the bad end of Wing Commander III in that multi. Got my Confed ass kicked by the Cats. XD
Click to expand...

phoenix_aod said:
looks really good darker... and a Smart Kil always has a bit of fear of Sivar

As indicated, the missile swarm of doom has been a tad nerfed today. In addition, I just uploaded a basic AI for the Confed, Border Worlders and Kilrathi. The Black Lance are still not behaving as planned. Also, I reduced the collision sphere for the Confederation HQ to limit the issues with collectors and stuff around it.

Something that might make multiplayer games easier, I just created a dedicated Flag Commander group on Steam here: http://steamcommunity.com/groups/HWRM_FC

Just register on it to show that you have the mod and find other people with whom to play a game.

Question for you, people: I've just had a chat with another dev and that made me realized there could be a pretty nifty speciality we could give to the Border Worlds. Right now, we have the Confed and Cats who are two different kind of steamrollers, the Black Lance will need some more units but are planned to be cloak and dagger masters, with some very, very nasty tricks being planned. But for our favourite underdogs, I was just thinking of capture tricks and stuff until something that might be more interesting, so tell me if you think that could fit the canon:

All turrets have to be built as each ship starts with a standard turret load but you could sell them and build (for a price, of course) almost anything you want. You want your cruiser to be loaded with torpedo launchers for massive broadsides? Doable. You want to replace all base lasers with flak turrets? Or maybe missile launchers for massive area defence capabilities? A BW player in multi would be nigh-unpredictable. I don't think I would be able to make an AI that could use this to the full range of capabilities, but that problem would be partially solved by a decent standard load.

IMO, it would fit pretty well the theme of the UBW and could make everyone else way of them in MP.

Edit: here is an example of one of the new turrets that could be added. 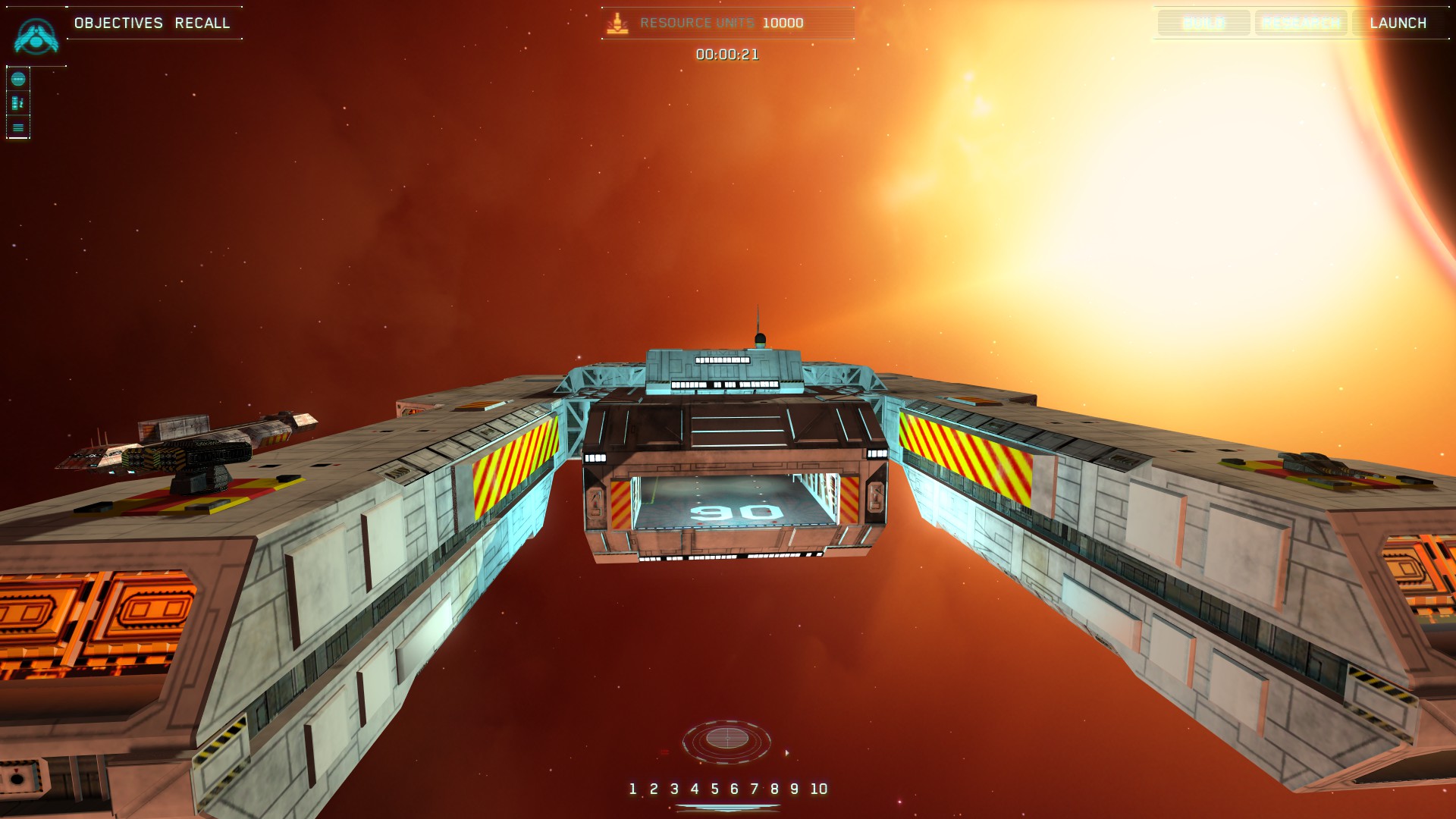 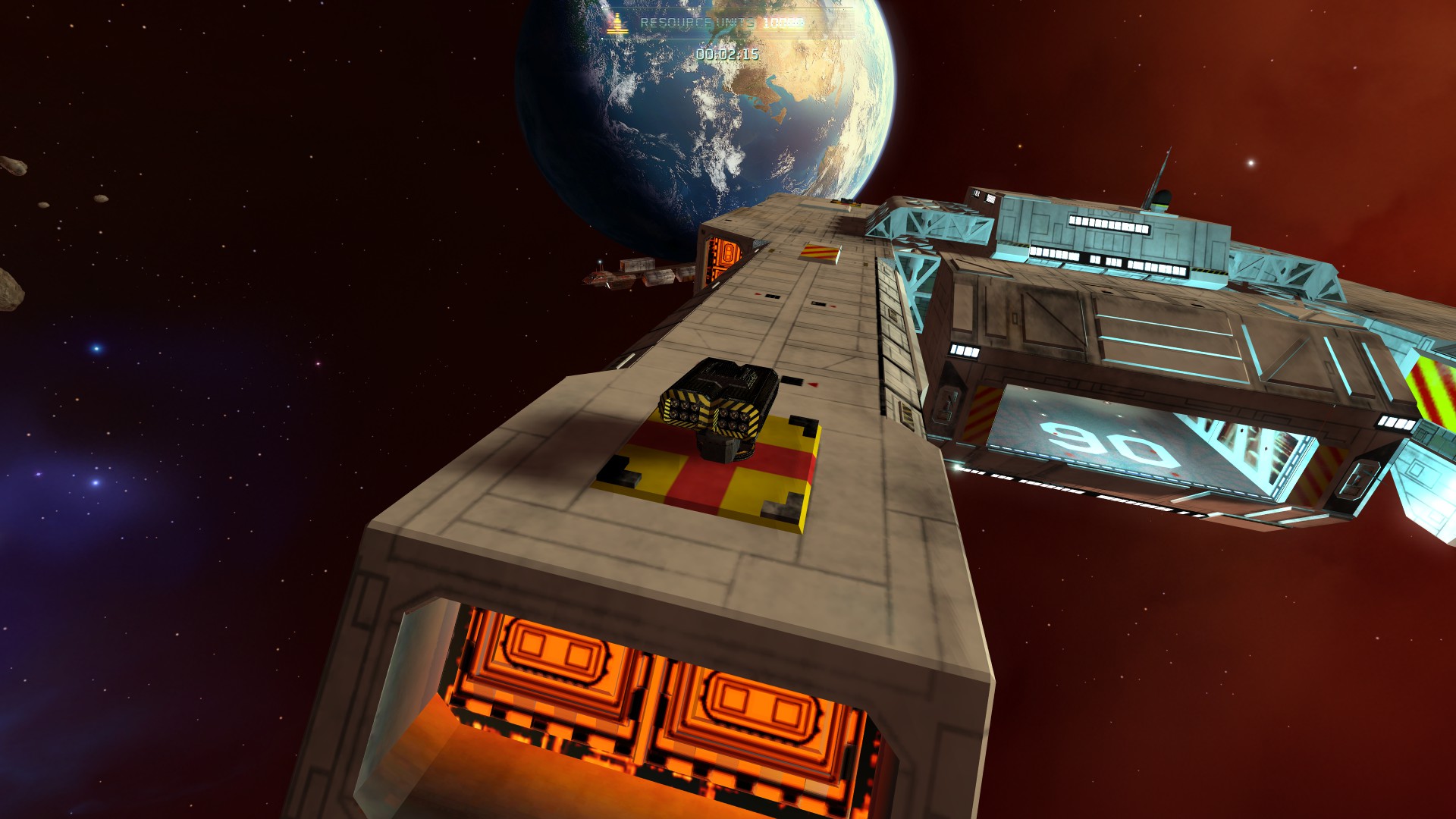 The size of the turret would probably be bigger in a final version. 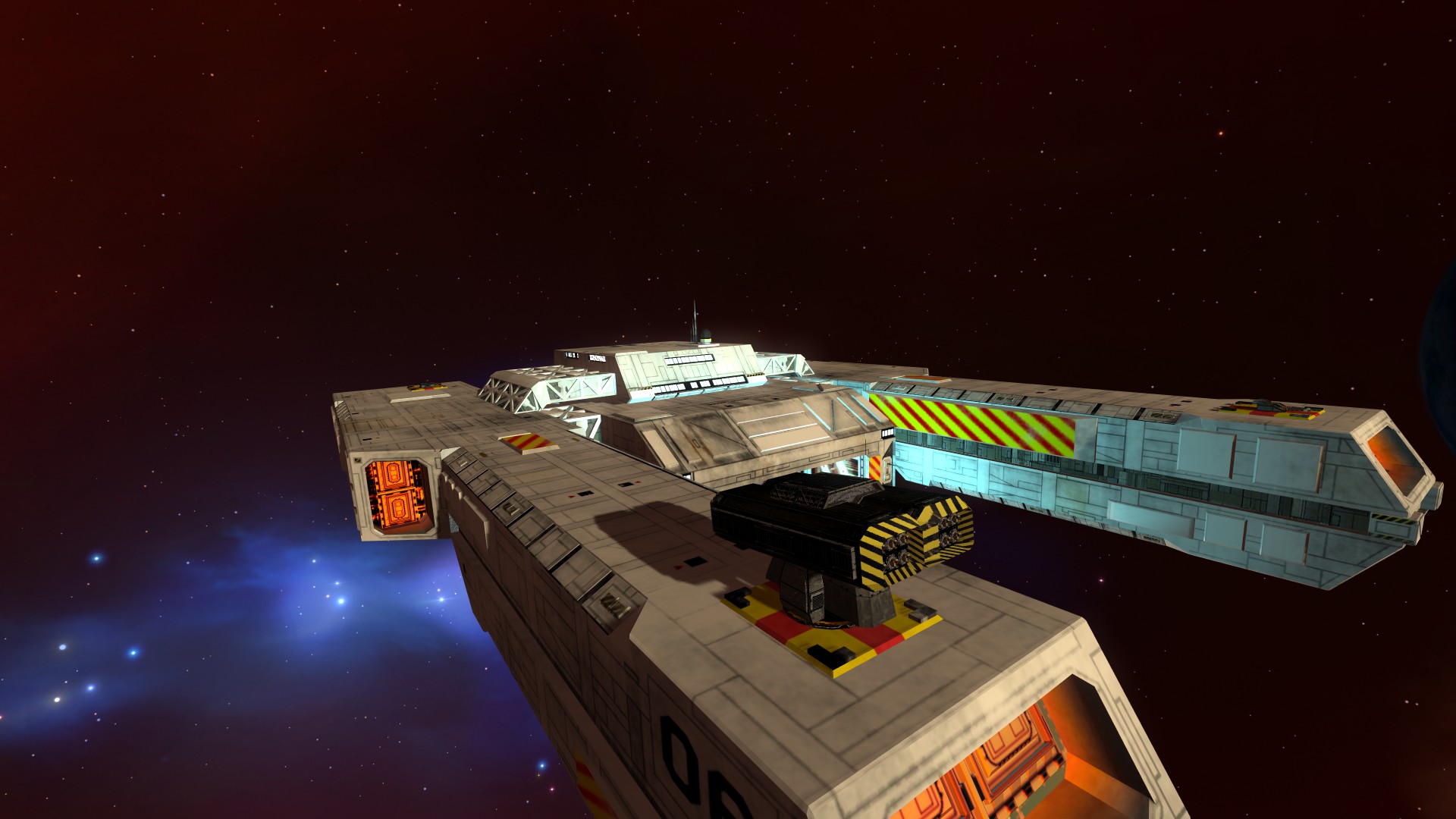 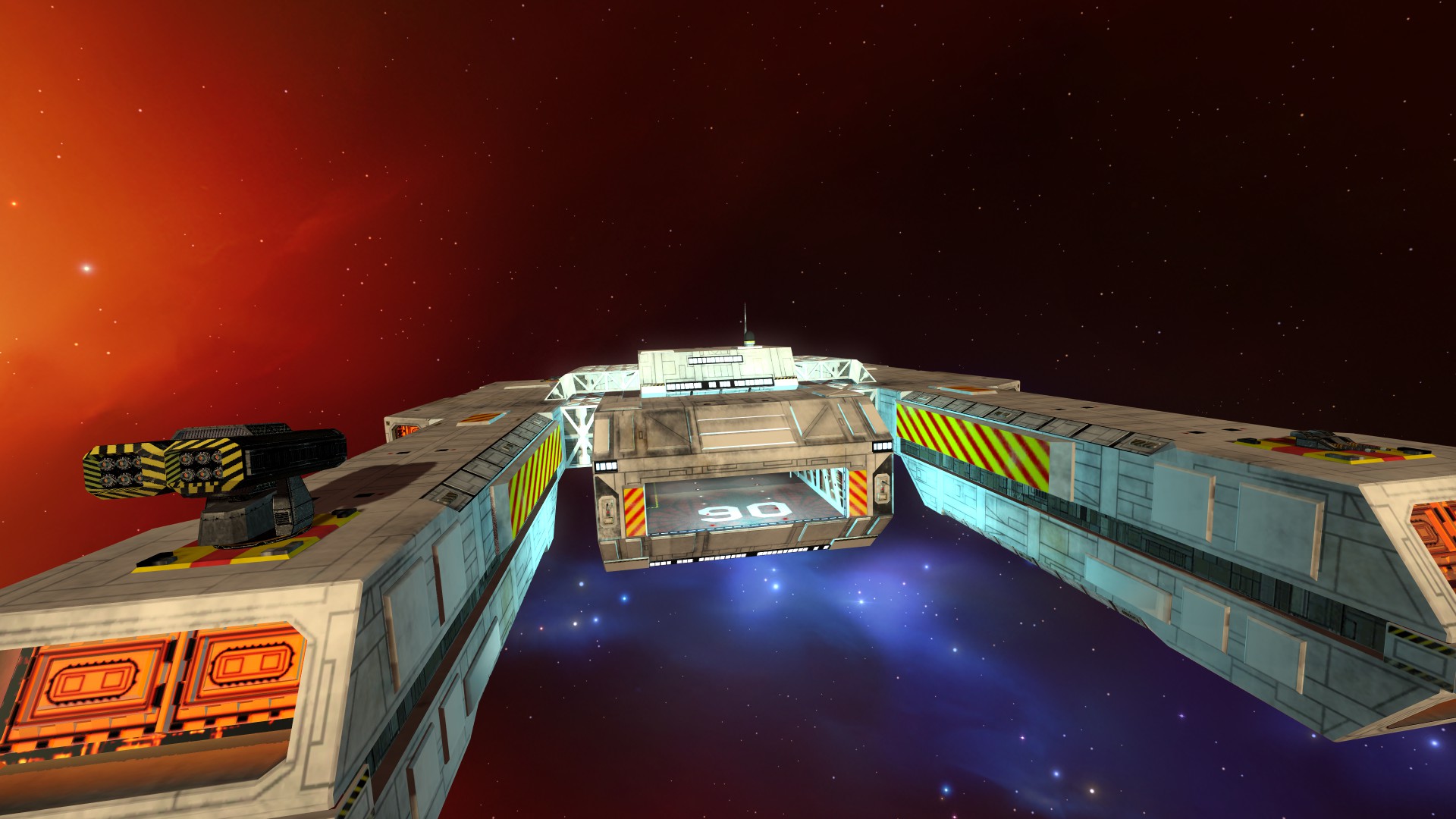 Here, this carrier would be for example capable of firing heavy torpedoes on close range and long range interceptor missiles to defend itself and its fleet against Kilrathi cruise missiles. 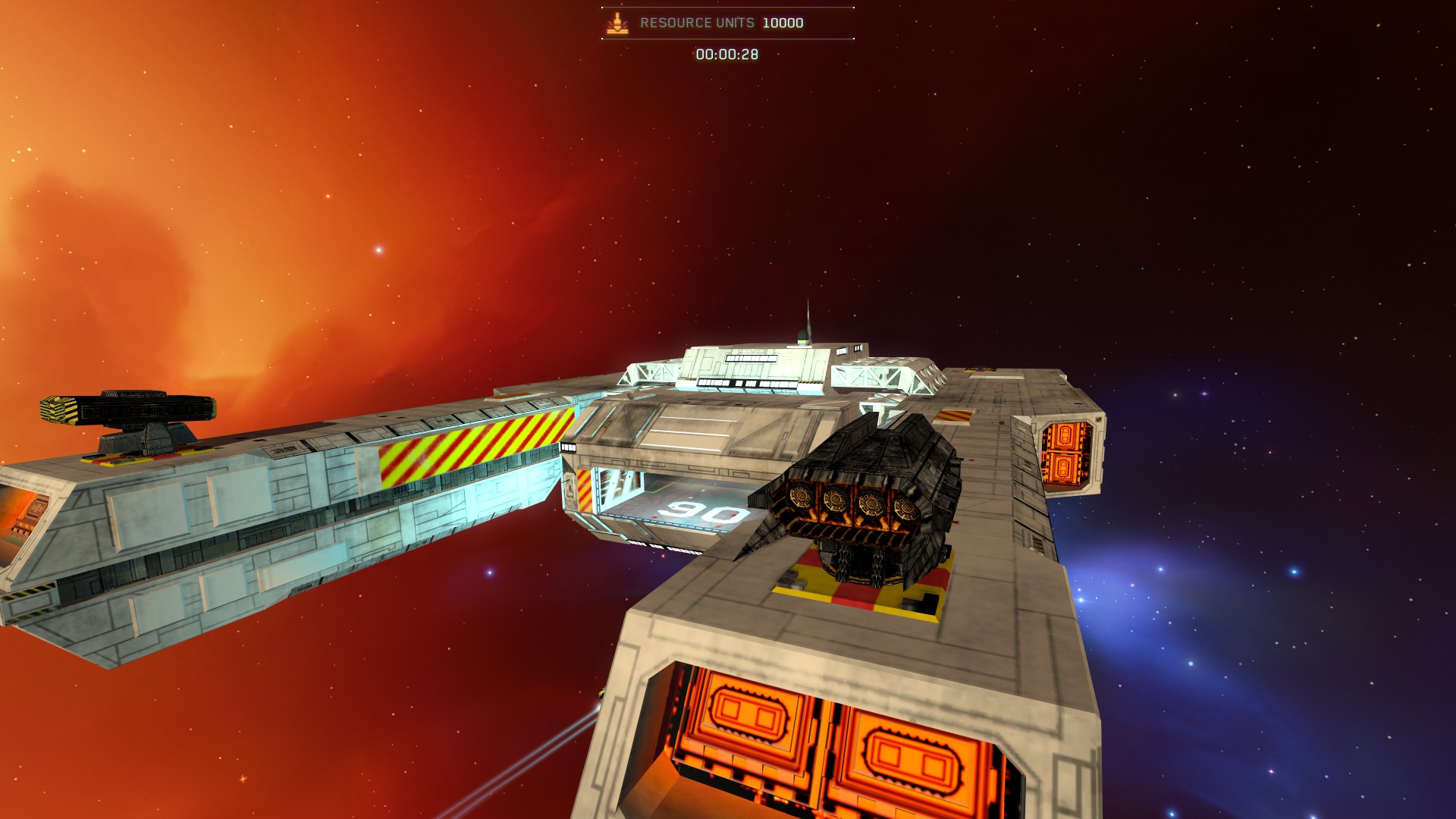 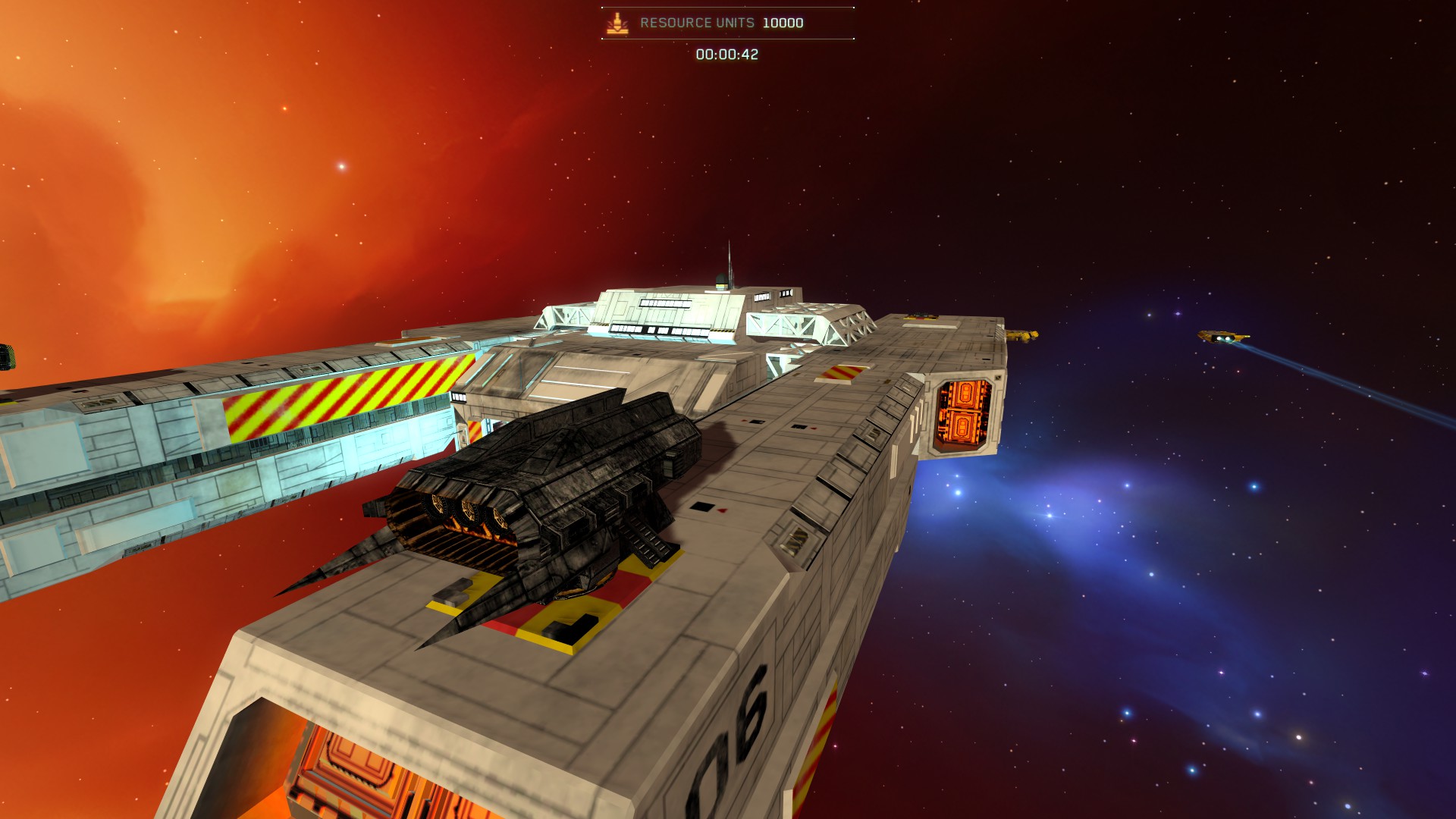 Interesting idea. it would make the UBW less predictable in MP games.

That's the idea. Less dedicated ships but multipurpose ones. A cruiser with a lot of VLS batteries (I made a subsystem with 36 vertical tubes too) could for example be a long-ranged missile defence support ship no-selling a Kilrathi raiding party's long-range missiles in a way no other ship in the game could hope to achieve. It opens the path for a decent number of strategies.

I have zero interest in multiplayer but that sounds really awesome

phoenix_aod said:
I have zero interest in multiplayer but that sounds really awesome

Tss, that should change: playing multi is a really great experience with it.