I stopped by after a long absence to give my support for this mod. Far too many Wing Commander themed mods simply disappear into the ether. Do not let this be one of them.
Cheers.
- Raptor_Pilot

I think the past year is your answer already. ^^

Just FYI, a small update after a problem report on Steam. I modified the dogfight script in a way that should do away with the slow furballs and make fighter battles more dynamic and dramatic.

OK, I have what is probably the biggest announcement of this mod since the inclusion of the Wing Commander Saga ships.

This changes, well... everything. To explain, I just did a cycle with the following steps, in an unscripted environment, meaning it would work in any skirmish, with any ship correctly modified to do so:

As for the system's first integration, well... you will see it really soon in an update to the Single Player Demo Mission, with the Thunderbolts getting the new code.

Hrrrr.
Subsystem? Any way to restore the bar at certain speed juts while the ship is in field?
This may be useful for stock HWRM HW1 missile destroyers.

Dark Sentinel said:
Hrrrr.
Subsystem? Any way to restore the bar at certain speed juts while the ship is in field?
This may be useful for stock HWRM HW1 missile destroyers.
Click to expand...

Restoring the bar at certain speeds is even easier. You don't need any kind of script to do that now that I know how to reliably damage the subsystem. The hard thing after that was to get the subsystem to be repaired by landing on a ship as well as setting up the conditions to have the AI bring back its empty bombers automatically. The code will have to be improved a lot, but it does what I'm asking of it, and that's already going to be a massive gameplay improvement.

Additional update, version 3.4: the SP Demo Mission now has the torpedo management system fully integrated. Your Thunderbolt will drop its torpedo and automatically head back to the TCS Victory to reload. I will integrate the system to all factions within a few days and add an in-game option to have the empty bombers stay on station after firing, though for obvious gameplay purposes, the CPU-controlled units will automatically go back to reload.

This is it, people. The version 3.5, including the full ammunition management system, is gold. I will upload it to Steam within the next twelve hours as I get access to a decent connexion. The features to expect are:

- each bomber has a different number of torpedoes, fitting the ones from the games, with the exception of the Sorthak that received 4 torpedoes.
- the Longbow is unique in that it fires two of its four torpedoes on each run.
- the bombers and torpedo-carrying heavy fighters are now bought one by one instead of flights. The prices, building times and cap limits have been modified to compensate.
- the Return to Base function is fully implemented and will also cover any compatible Wing Commander capital ship you happen to capture during a game. It prioritizes any compatible ship or station within 10 km and, if there isn't any, randomly selects a destination, allowing you only to choose another landing place and nothing else.
- the Return to Base function is automatically enabled at the start of the game, but can be disabled by building the "Dogfight" module on your mothership. As long as the module is there, your bombers will not autoland after emptying their torpedoes, so you can control them yourself.

- a small bugfix has been done for legacy fighters (from czacen's files) for those playing with the fuel management on.
- in addition, and for the 3D designers afraid of publishing their files, I implemented a security feature on the mod that will make it much harder to extract the files from the Steam version of the mod.

And because good news are like Darkets, always in pairs, I've been able to modify the new ammo script to get an optimized fuel script that will have the fighters show a fuel gauge. Expect it in an update this week. Happy new year, people!

Edit: the scripts are working, I'll upload the stuff tomorrow.

I downloaded the mod this week after grabbing Homeworld on a discount Steam sale. It looks brilliant!

Will it update automatically when I launch Steam?

Whiplash said:
I downloaded the mod this week after grabbing Homeworld on a discount Steam sale. It looks brilliant!

Will it update automatically when I launch Steam?
Click to expand...

Thanks! And, yes, each update is automatically downloaded on your computer. Sometimes, it has been found that the mod can crash on start-up, but that's usually because Steam made a mistake in updating the files. The usual fix for this is simply to redownload the mod, it worked for many people.

David Wade said:
I cant get the Mod to run on my computer what am I doing wrong
Click to expand...

OK, so, I suppose you have the game on Steam and you subscribed to the mod, right?

In any case, the normal procedure is:

1) Get the game (obviously).
2) Look on the workshop for the mod and click on subscribe.
3) Wait for the 1.9 GB to download.
4) Start the game through Steam.
5) Select the button "Mods".
6) Select Homeworld Remastered.
7) Select Flag Commander in the list of installed mods.
8) Start the game itself.

If, for some reason or another, Steam does not work properly for you (I won't ask why), the mod is also available for direct download on ModDB.
D

David Wade said:
OK did all that but the mod is not showing up in the list of installed mods nothing is how do I fix this
Click to expand...

You can also check in \SteamLibrary\steamapps\common\Homeworld\HomeworldRM\DATAWORKSHOPMODS\*OneReallyBigNumberHere*\403171608\, where the mod file, WC4FC_Remastered.big should be located after being downloaded.
D

ok I will look after work thank you for your help

David Wade said:
ok I will look after work thank you for your help
Click to expand...

It might simply be your network not allowing Steam downloads.

Colonel, we have acquired additional information about the a light carrier deployed by the Union of Border Worlds, which will be forwarded to your attention. 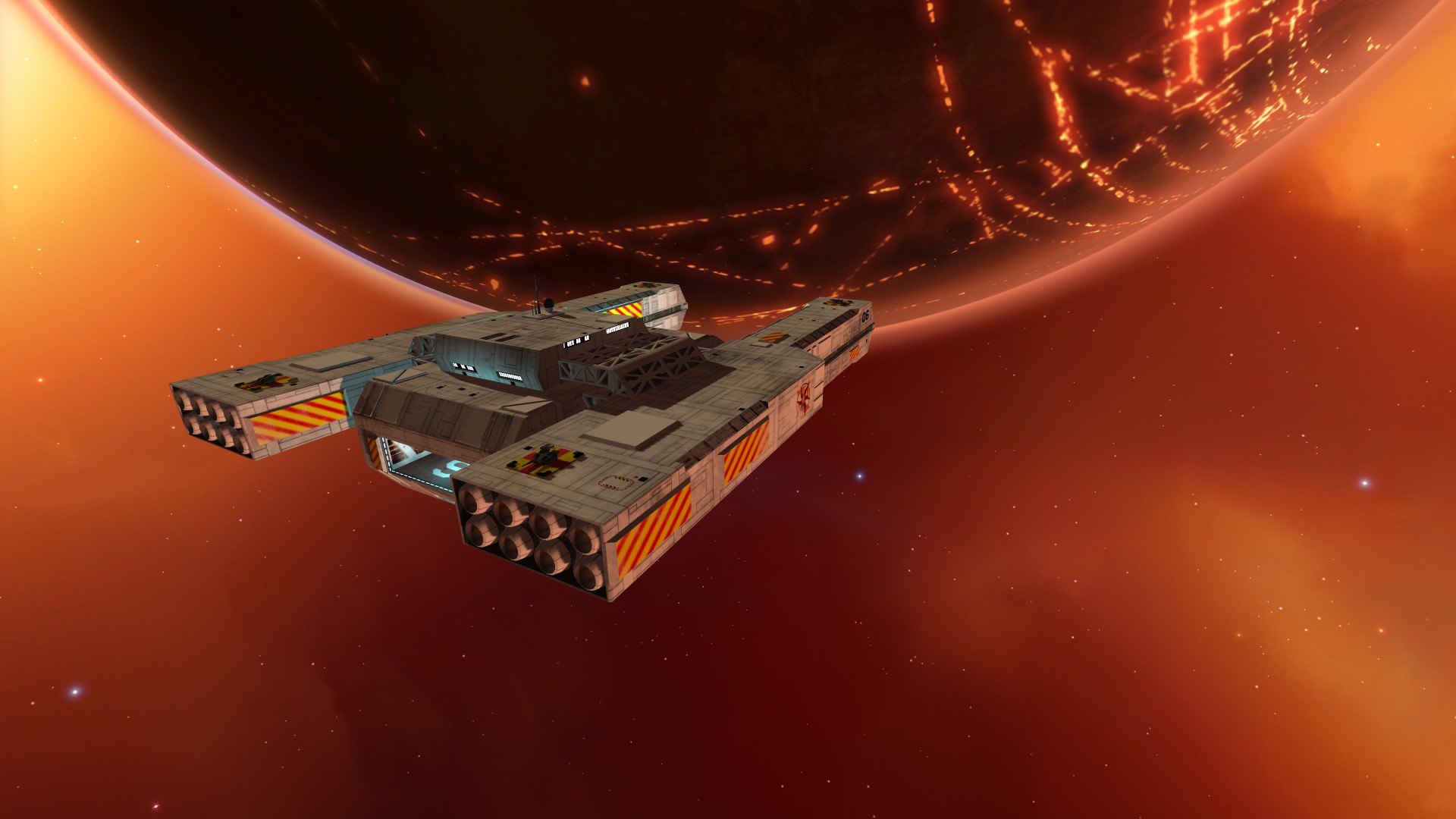 This ship seems to be a heavily modified Durango-class destroyer, refurbished as a light carrier. Our data indicates it is fully able to support all kinds of fighters as well as several flights of bombers. The ship itself might be somewhat obsolete, but its airwing is likely to pack a surprisingly heavy punch. Deal with such ship with all adequate caution. 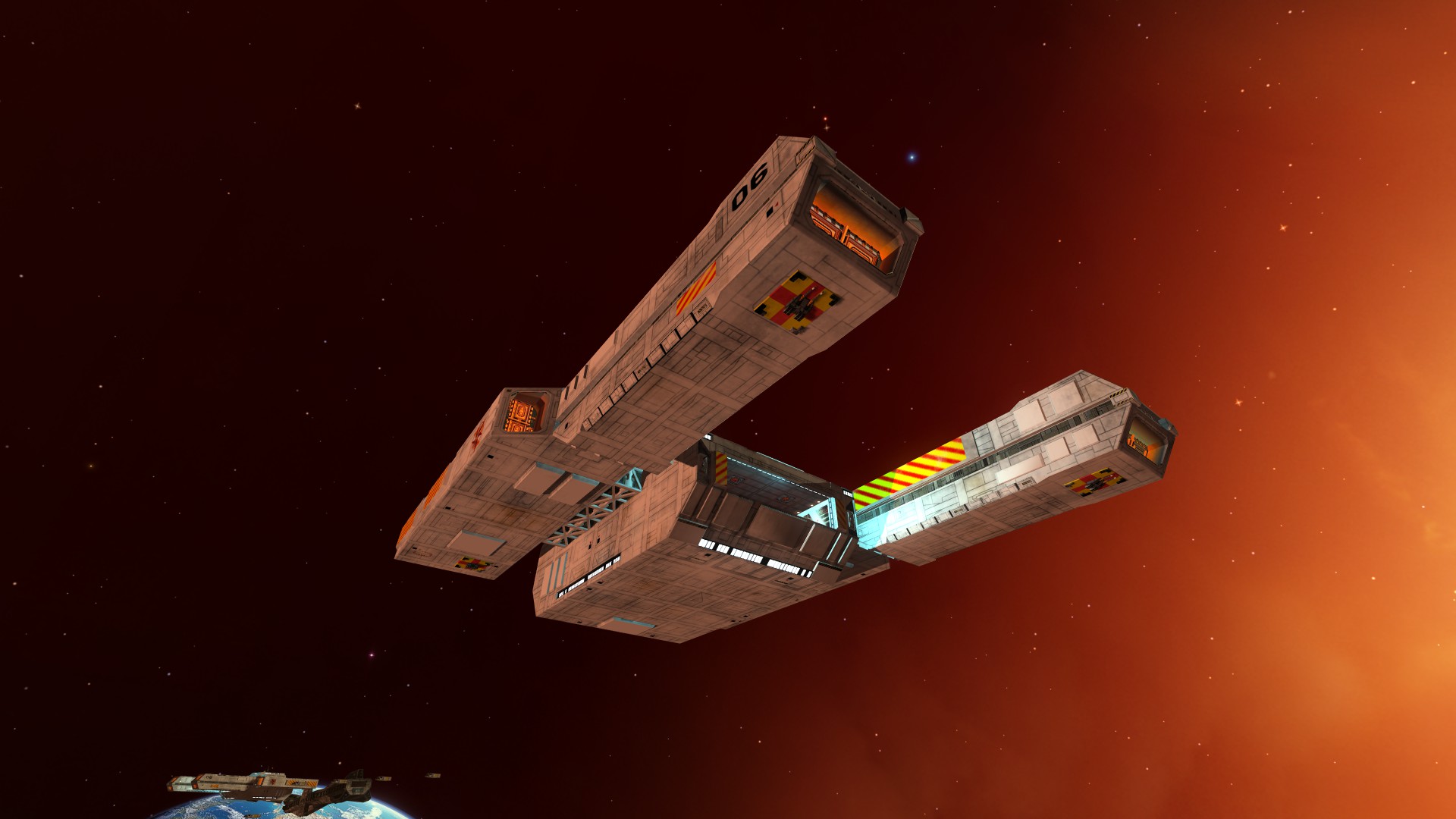