I agree, they look good.
The textures look a bit blurry but I think those aren't reworked yet. 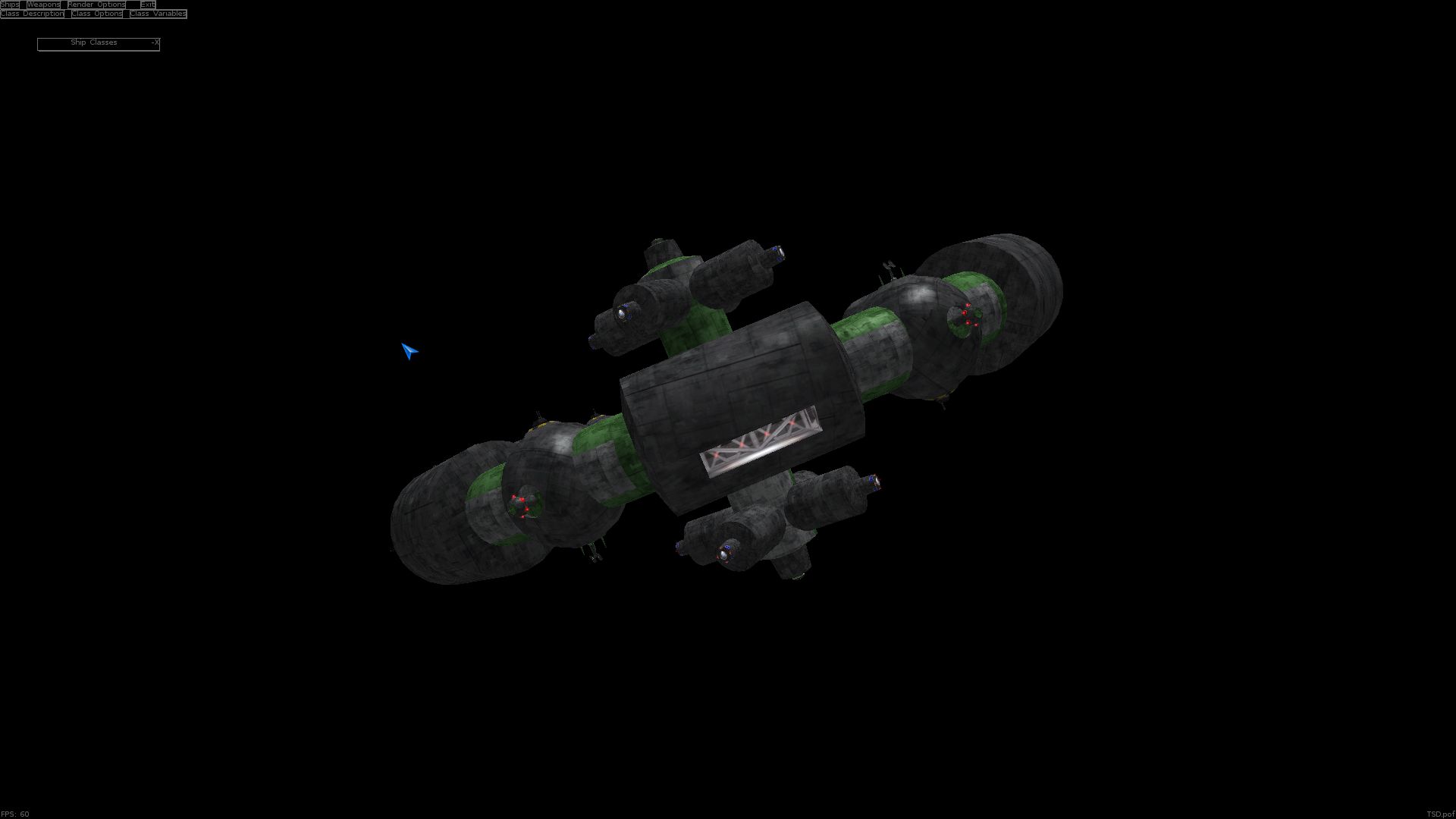 Confed Supply Depot done. Model by Cybot, textures and finish by Kevin. Now only the Bengal, Tolmacs, Ralari, Pelileu and K'titrakh Mang are missing. We have all models already done by Cybot and Kevin except K'titrakh Mang. This will be done by Zohrath, who make already the Kilrathi Supply Depot and the Starpost. 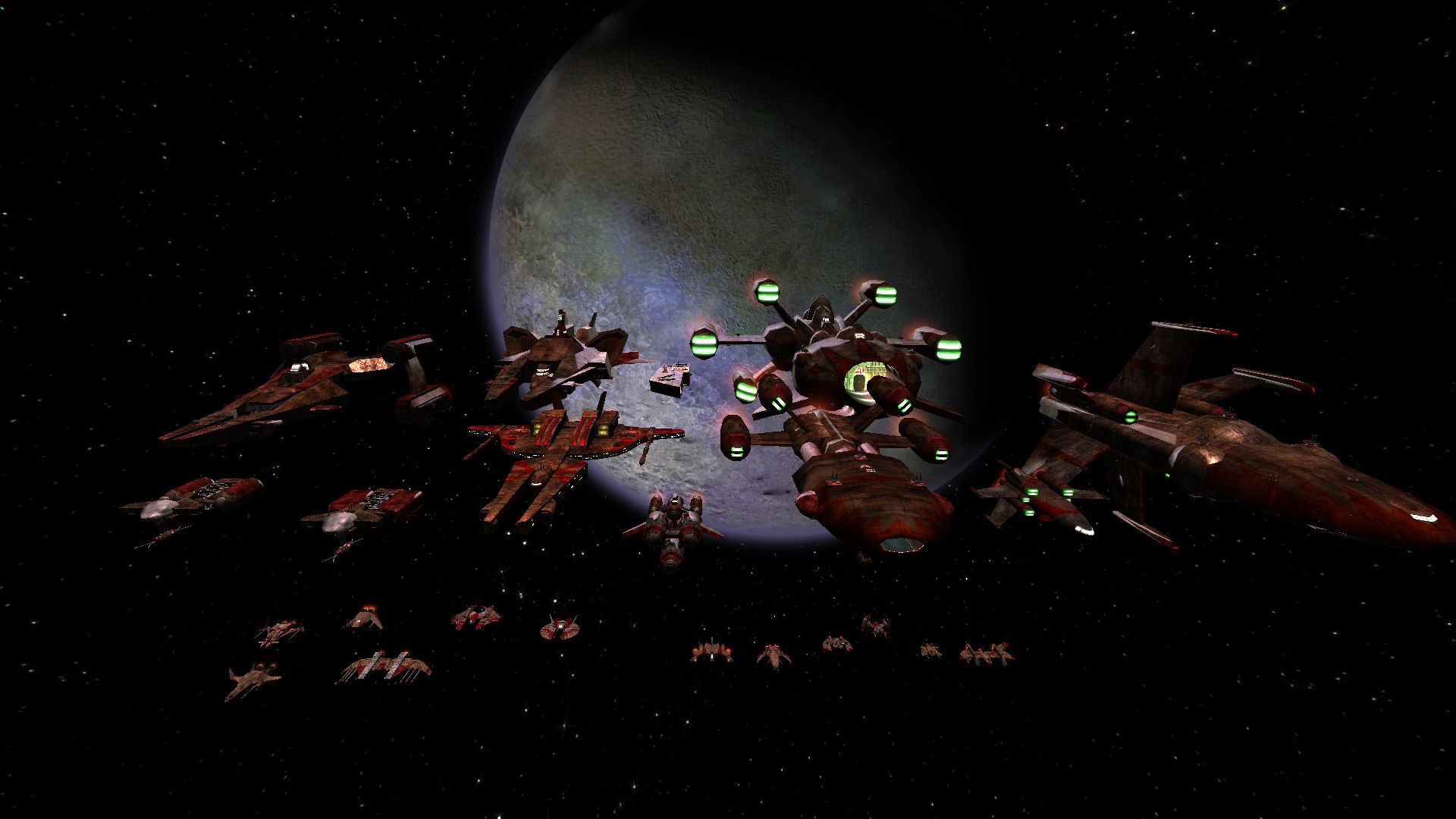 Really cool!
I even start to like the WC2 capship designs now.
So what's the overall status of your mod? What is still missing?

Being both a modder and a professional software developer I know that talking about a release date is always too early
(The first rule of release dates is: Don't talk about release dates) but it would be interesting to know what is still on your list.

I was wondering what story you were playing on telling. Are you still planing on redoing WC2 or something new? If you are still planing on remaking WC2 how is the script coming along? I would think that between the script I created http://download.wcnews.com/files/fans/wingcommanderiiscript.pdf the WC Bible and the WC 1 &2 Strategy Guide it should be able to come together pretty well. Just curious.

Sorry i'm late to this, a few years.
So you're pretty much remaking WC2 in the WCS mod/standalone? Sounds pretty awesome! It would be awesome if someone could do WC3 and somehow put the WC3 movies into it, almost updating the games graphics and gameplay to the Saga way of doing things

Sorry to disappoint you, but they dropped the idea of remaking WC2 a while ago.
One reason is that EA actually sells the original game on GOG, so I would bet they don't like remakes of that, the other reason is that just remaking a game in another engine is kinda lame. Instead they are doing something cool, creating all the WC1+2 ships and creating missions with an own story using them.

Well, I've asked about that subject a while ago, and Deathsnake said:

It's the WC2 Remake. But another name because the Saga Team did not like Campaigns with a Remake title in it. I changed now every mission from the original Wing Commander 2 with more ships or more Wingmans or another Capship, its own interpretation. But from the storyline its the same.
Click to expand...

Yes, its like Night of the Meteor. Its Maniac Mansion, the same story with Sandy but a little bit differnd

And here is the Updated Bengal. 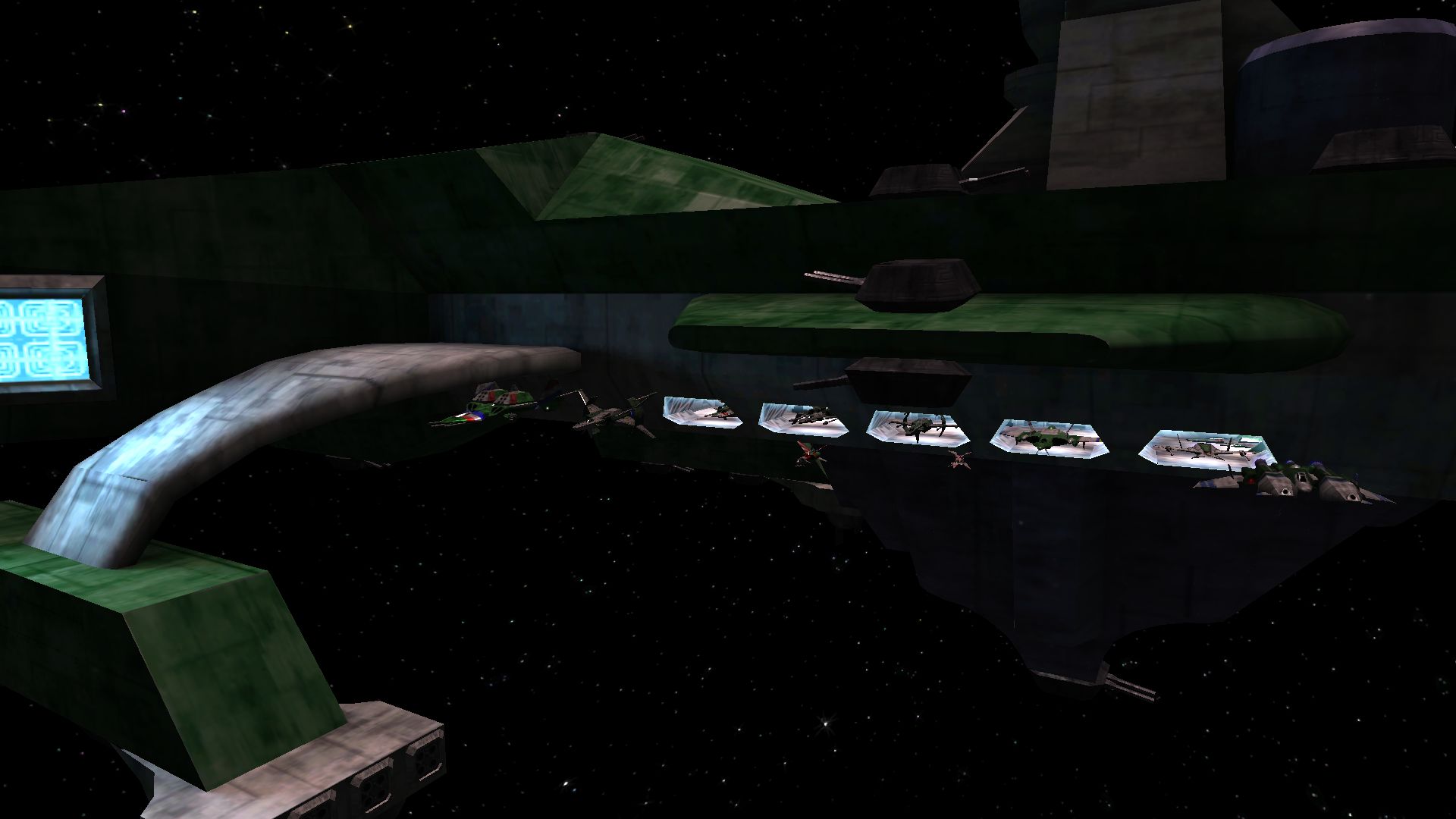 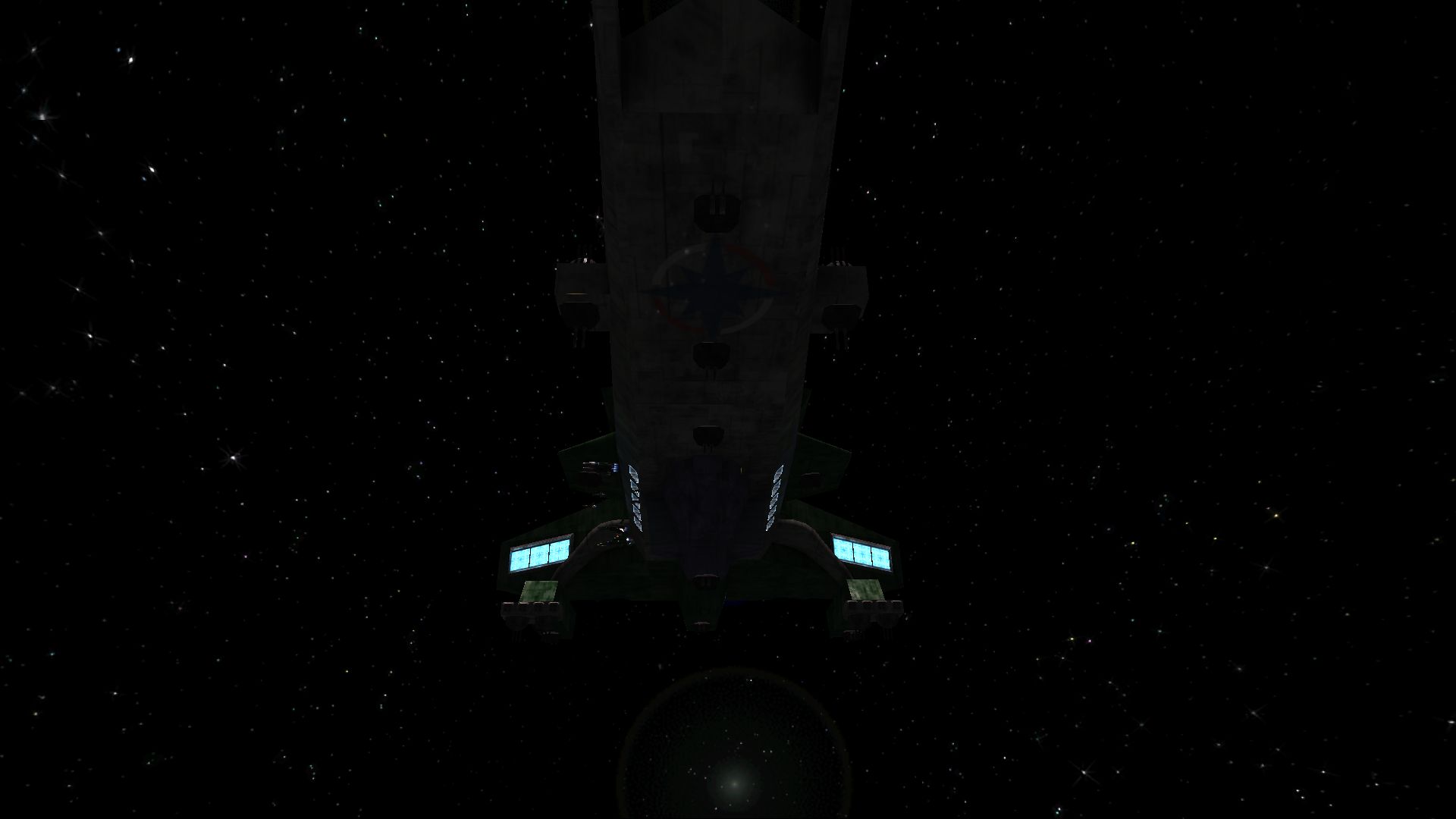 Kevin help me here out with the update from Cybot78. But perhabs he can change the size of the bays a bit. The bombers (yes I call a Raptor a bomber

) did not fit into the bay. Perhaps you now can imagine how the Bengal can carry 104 fighters with those "useless" landing zone. Under it its a big bay like the WW2 and modern aircraft Carrier. I put some windows on the sides and then the ship should be done

Can't edit so a little update with the windows: 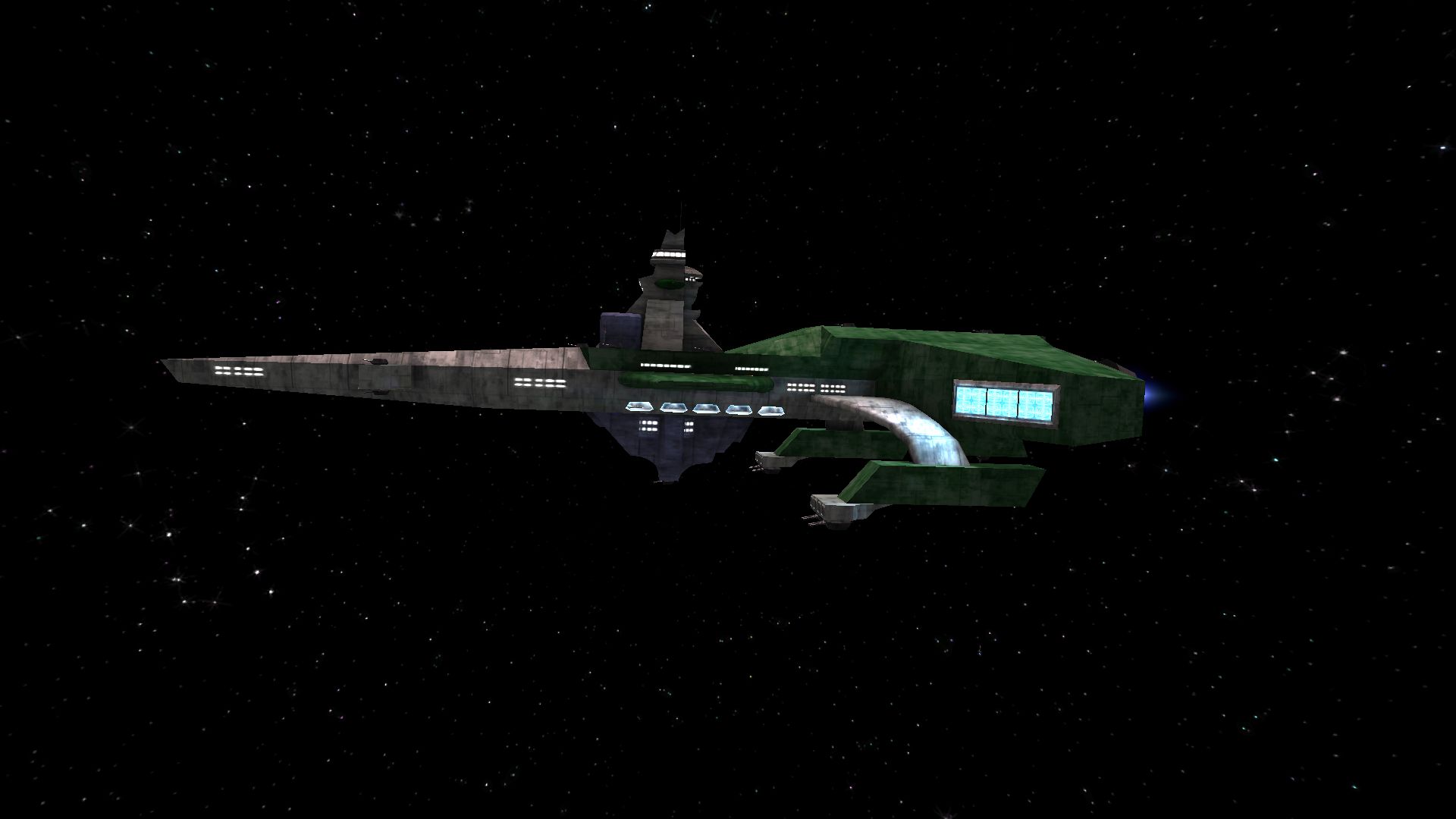 That's pretty cool indeed - I love those versions of the Tiger's Claw that try to integrate stuff from different sources (in this case, the WCA cartoon and SWC). All you need now is a big animated clamshell of armour that closes up to protect the main flight deck, like in the movie

A little treat for the 14th birthday, even if it is a little bit late: Do you recognise this fighter?

My model has received some new Bumps:

Sorry for triple posting but I can't edit my posts.
I've revised the Bumps a little bit as suggested:

Ooooh nice, is that the WC2 demo Bloodfang? Didn't expect to see that anytime soon.
F

Yes, it is the Bloodfang from the WC2 demo. As far as I know, there's currently no other model of this by fans.

And now the Bloodfang has been tested ingame: