GOLIATH PUT MY COCKPIT AND DRALTHI INTO WC1 HAWT DAMN! And it looks sweet. 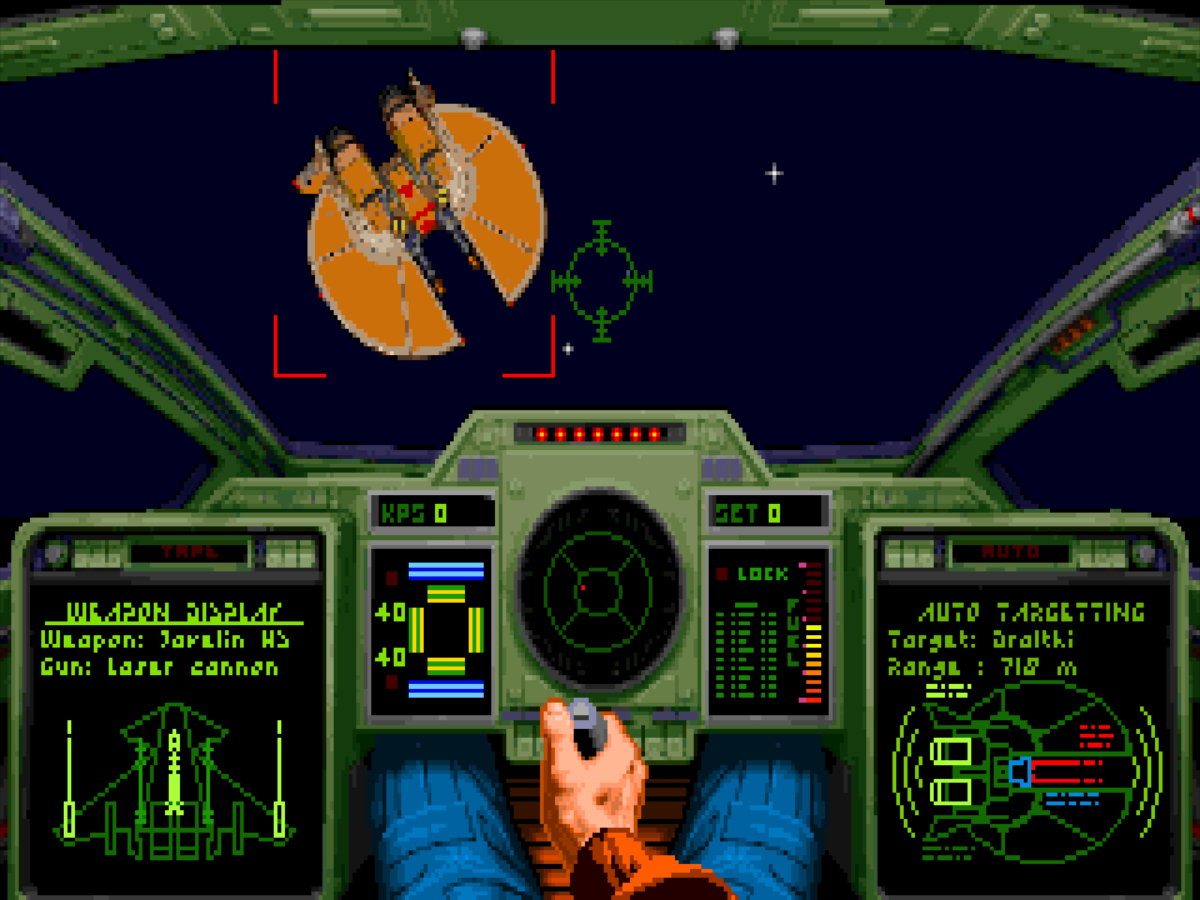 Nice work, I am impressed.
H

What chances of a release on Android platform?
H

What chances of a release on Android platform?
Click to expand...

It runs on your phone as is.

I can build for android as well!

Damn it, Howard, do you know how hard it is to continually find new and original ways to say "Whoooooooaaaaa! I love it!"?

hot damn this is amazing! now I'm jonesing for a WC Pioneer built on this foundation

then again, it's not fair wishing you that much free time: it would mean less of your handiwork in the actual industry games, and if RGO is any indication, there should be as much of it as humanly possible. to make the world a slightly better place, you know

about the extra frames: seeing the game in motion, I tend to agree that the steps help the nostalgia factor. maybe 2x more vertical angles would help, though: the effect would still be there, but it won't threaten the immersion as it (slightly) does now.
H

Sorry, Quarto - I'll try and limit the content drops from here on out.

ShereKhan -Ugh - To be honest, RGO is what I always hoped Pioneer would be. But a ton better. Right now the division of the angles is the same x and y 36 in each direction.
We got splodey-kats.

I've pretty heavily updated the live running demo build! Most of the fighting basics are in there - Now I need to add the UI - Radar, shield and fuel displays, targeting, etc. I'm pretty happy with this.

Howard Day said:
It runs on your phone as is.

I can build for android as well!
Click to expand...

So, the main issue with an eventual Android build is that I have no idea what the controls should be - just a running demo, like what I have here, is no problem, tho.
Slight image-less update! I've been working on collisions, formations, and obstacle avoidance - basically keeping your wingmen from flying through you to get to the target - and having enemy ships patrolling in interesting, and realistic formations. Having the AI randomly Ram enemy ships is also fun to watch. I've also fixed some lingering issues with the cockpit movement - there was a ton of sub-pixel shimmering and sliding going on -both on the cockpit art, and the text on top of it. All that's fixed.

Right now I'm thinking I need three things before I update the build again - the first is a workable patrolling AI logic, the second is some better background artwork (I mean, like *some*), and handling the player/cockpit AI dying. Right now, it just... doesn't.
Anyhow, that's where I'm at. Looking good for two weeks in of free time while I'm also sprinting to release another game!

Howard Day said:
So, the main issue with an eventual Android build is that I have no idea what the controls should be - just a running demo, like what I have here, is no problem, tho.
Click to expand...

For the most part, Android devices can use most game controllers either via USB (though you will probably need an adapter to convert to micro USB to plug it in.) or Bluetooth. Similarly keyboards can be connected to android devices as well and are supported. So at the very least the PC version controls should work on Android devices, even if that means the majority of those devices can't make use of it. Touch screen controls on the other hand would be a bit different and would need some thought. usually you'd have a zone that acts like a thumbstick on one side and your other hand would tap an onscreen button or area to fire and so on. I haven't seen many games make use of the accelerometer in a long while but does allow you a more nuanced flight control at the expense of having your screen be moving around while you try and play.

Hey Howard, is it possible to also post the link or attach to the actual gif for your embedded tweet animations? Twitter sucks in those and it makes them a bear to save/share/archive/post in the news.
H

Absolutely! Here's the last few to choose from:

Thanks! I found an app that'll do it, but I think it slightly degrades the footage going from gif->twitter->gif again,
H

I'd actually like to post those as is in the forum - but when I do, I get a broken image link. :/

"So, the main issue with an eventual Android build is that I have no idea what the controls should be - just a running demo, like what I have here, is no problem, tho. "