The Darkest Dawn is Cleared for Launch

Well worth the wait. Amazing. Incredible. I don't know how many adjectives I could use to describe what a phenomenal job you guys have done. This is better than most professional work out there. Thank you for keeping my favorite video game franchise alive.

Between this and Standoff, the Wing Commander community is truly a piece of work. Other video game communities have a hard time pulling of projects that aren't even a quarter as ambitious as this.
N

I haven't written on this forum for years, but I wanted to drop by this thread to congratulate the team who made this incredible project. Kuddos to you guys, you really caught the "Wing Commander" spirit !

edit : back to the Cadet rank

Hey, quick question: which starts first, Darkest Dawn or WC III? I know they both take it all the way to the end of the Kilrathi War (haven't actually played Darkest Dawn yet), but I was wondering which one starts first?

The WCS prologue starts before WC3, and most of the DD campaign is parallel to WC3.

Gameplay continuity issue: I didn't realize (at first) that Prologue was included with the Saga release, so I just started playing Darkest Dawn. Then I realized the Prologue was there, and that it was different from the initial Prologue release. Went back and played it, and it looked like my Darkest Dawn stats were transferred to the Prologue. But when I went back to Darkest Dawn, it didn't transfer my Prologue kills back over. I hope that made sense...

Is there any way to get those kills back, or should I just start Prologue over with a new pilot and go from there?

Well, that depends on whether those few kills from the beginning of the campaign matter to you. It shouldn't have an impact on the rewards you get int the main campaign, because the awards given to you by kill numbers are rare and require pretty low kill scores.

So yeah, you might do that, but it won't matter much for the final numbers I think.

It's so much the kills (alright, it is), but it's also the campaign ribbons from the time aboard the Wellington. Actually, if I cloned the pilot, then re-started the Darkest Dawn campaign, I had all the kills from Prologue, PLUS all the kills I had from the previous time I'd flown the first few missions of DD, so I cheated in the other direction, instead. I think it all balances out in the end, right?

Nobody will judge you. A few kills more or less don't really matter

And yes, the pilot's achievements stay when starting a new campaign, only the rank will be reset to 2nd Lieutenant when you start the DD campaign. 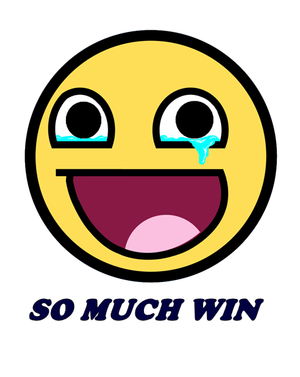 Glad you're happy with the game

I had to make a profile just to say this. This was the greatest mod I have ever seen of any game ever. When I actually forget that Im playing a fan made game, it must mean your doing something right. Thank you. For real.

Bastards. This game is so good, it made me get a better computer. And the goddamn game was free. You guys are worse than drug pushers. Now I gotta go; daddy needs his fix...

Anybody (outside of the developers) finished this bad boy yet? Just curious....

Sure, quite some people over at HLP and also of those who are active in the Saga forum and on WingCenter. Not counting our playtesters of course. The game is balanced for medium and can be beat on that difficulty.

I admit that I only beat every mission (except some of the bonus goals) on easy and most of them in medium (I couldn't kill Stalker on medium and there are also one or two other missions I didn't want to try again after losing 3 or 4 times so I played them on easy) since I'm not that great of a pilot, but there are some guys who claim they beat the game on hard. Most people play on medium or easy though.

Stuck on any particular mission I could maybe help you with?

Wow! got the old goosebumps feelings taking off from the carrier in the first prologue mission, can't wait to play more.

One question, the Open AL sound program that was installed, is that purely for Darkest Dawn, or might it conflict with other sound drivers on my system in other games? I am always a bit paranoid when I don't fully understand what something does

It is only some sort of library class games can use. It doesn't conflict with drivers or something. You can compare it to directX and similar stuff.

Glad you have fun with the game

Aginor said:
Stuck on any particular mission I could maybe help you with?
Click to expand...


*SPOILER*
Not particularly. It seemed like it was getting close to the end; all kinds of talk about the Victory jumping into Kilrah. Now, it seems like back to business as usual; I'm currently defending the Bradshaw as the crew is abandoning ship; that third wave of Paktahns is a bit more of a problem than the other two....

Yeah, that's a pretty dramatic mission. And a tough one.