Thanks guys! You know I love you, but you're all blind! Ken ye no see yon whumping great barrel? 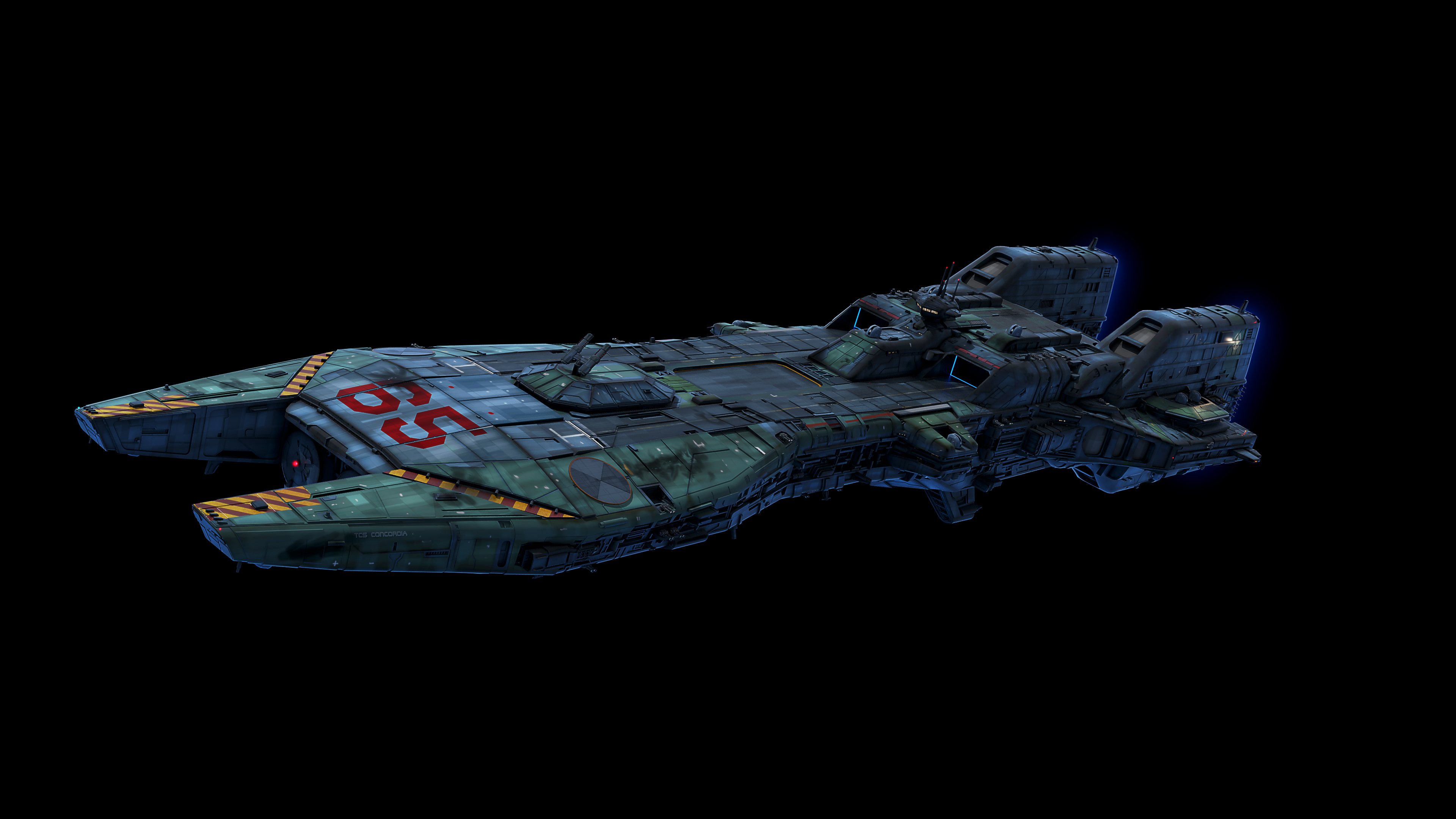 Here's a turntable for you guys.

Gotta be hard to land this time, Maverick. Love the whole thing!

ye gods.. are we sure we can't just make wing commander 2 with a modern game engine?

Grabbing it as I write this post. If I can get it in HWR, I'll post a pic here and in the mod thread. You're awesome, as usual!

I just saw the number of polys. This will be GLORIOUS!

OMG, I can't believe my lil Pixel XL could actually render that beastie.

L.I.F. said:
Grabbing it as I write this post. If I can get it in HWR, I'll post a pic here and in the mod thread. You're awesome, as usual!

I just saw the number of polys. This will be GLORIOUS!
Click to expand...

I tried to keep you in mind!

I tried to keep you in mind!
Click to expand...

THANKS! The great news is that I think I just got a workflow that can make the different channels work together at last (I'm juggling between 3DSMax and Blender like a madman now). I just need to rescale the beauty to size up properly with the other ships and then I'll cut out the turrets (so I can use them as separate sub-systems independently animated during battle). If things go well, I should have some screenshots in the next few hours.

Edit: so, good news and kinda embarrassing news. The good news is that I got the ship to work nicely in the ship editor for a first run.

The embarrassing one is that my computer is apparently laughing at me before looking me in the eye, saying "Seriously, man?": the compiler program has been running for ten minutes now and hasn't shown even the first line of output. Even if it works, I guess it will take several hours to get the ship in a game-compatible format.

Of course, this is just to get an Alpha version of the ship ingame, stuff for promotional shots. Then there will be the turrets, the game-specific params, the docking paths, the internal weaponry, etc. This will be glorious indeed. :-D
Last edited: Feb 28, 2017

Lolol, give it a bit, it took nearly an hour to import into Sketchfab

Klavs81 said:
Lolol, give it a bit, it took nearly an hour to import into Sketchfab

I think there's also an issue with the compiler itself, so I'll reboot and give it another try. In any case, gonna be fun. Once this works, I'll get started on removing the fixed turrets (if you have a version of the hulls without the turrets available, I'd be interested, BTW - of course, only if that doesn't involve additional work, as I should still be able to remove them via 3DSMax).

Edit: reboot done, that solved the issue. If the end file doesn't have any errors, I should have the proper .hod file for HWR sometime during the night and upload screenshots tomorrow morning (it's almost 10 PM right there). No guarantees, but this seems smooth enough.

This also means that I will most likely make any End Run campaign pack as a full-blown DLC rather than part of the main mod, since your ships are going to, well, blow everything out of the water in terms of size. I'll also post on the Gearbox forum the screenshots alongside the Blender or 3DSMax shots showing the number of triangles, just to give an aneurysm to the dev team members who still go there. If you hear a litany of insults, that's probably them yelling at me how we're not supposed to pull that shit on their engine.

But, heh, Wing Commander is known to push machines to their limits, and you, man, definitely live up to that glorious tradition! o7
Last edited: Feb 28, 2017

Guess this means I've got to pack up my Wake class now...

Klavs81 said:
Guess this means I've got to pack up my Wake class now...

W00t! The Tarawa and the Sevastopol will make us proud!

yes.. I need the wake.. you ok with me using these as drawing models?

@NinjaLA, as always mate, feel free to use anything I release in whatever capacity! Love your stuff and so happy I can be an inspiration!