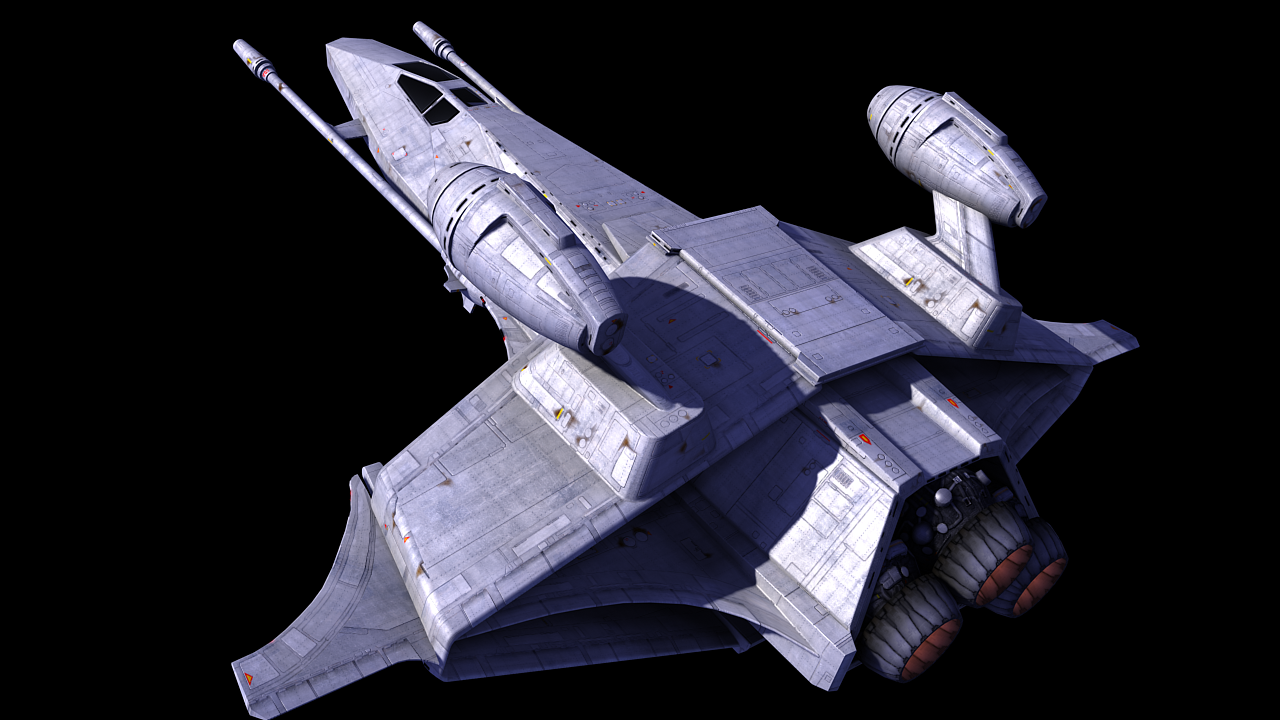 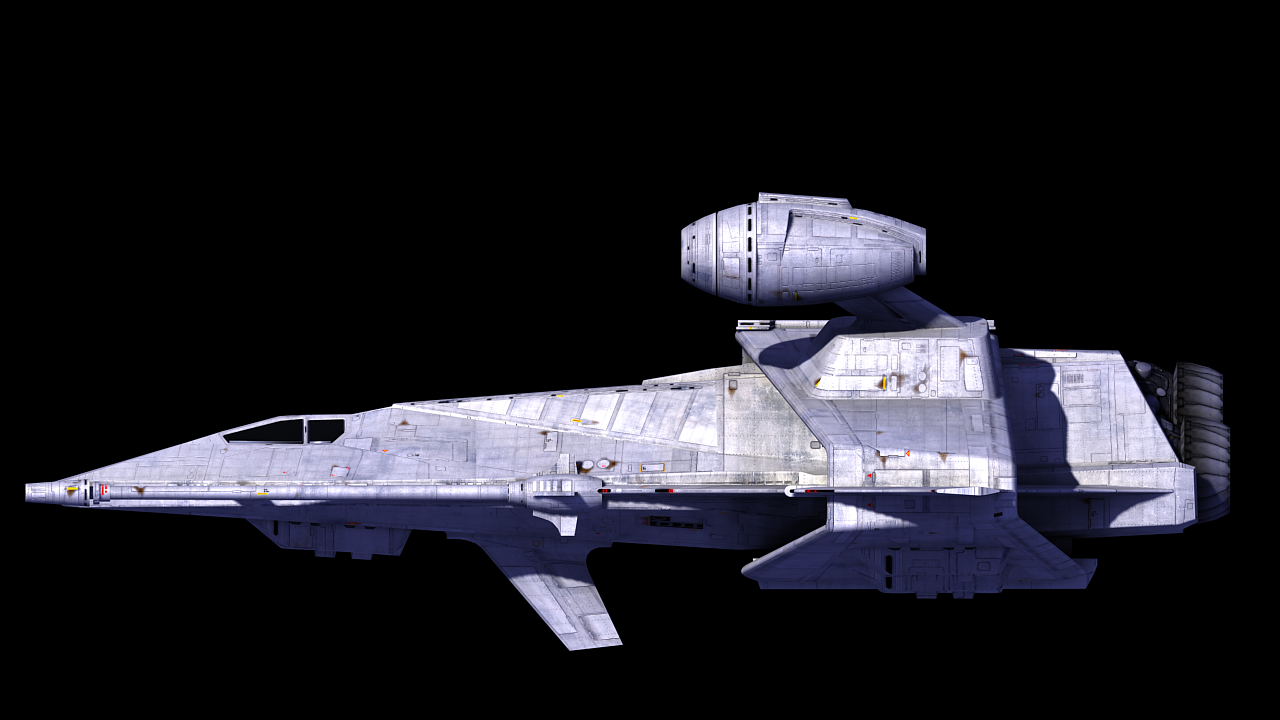 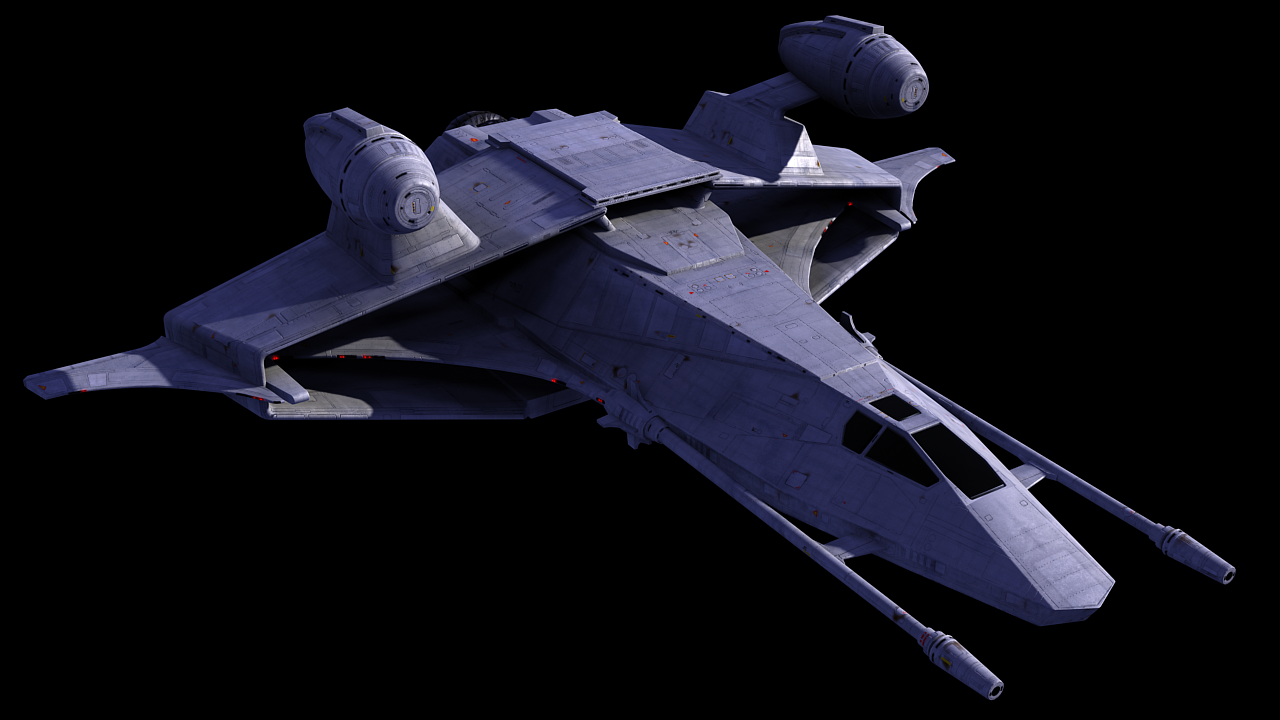 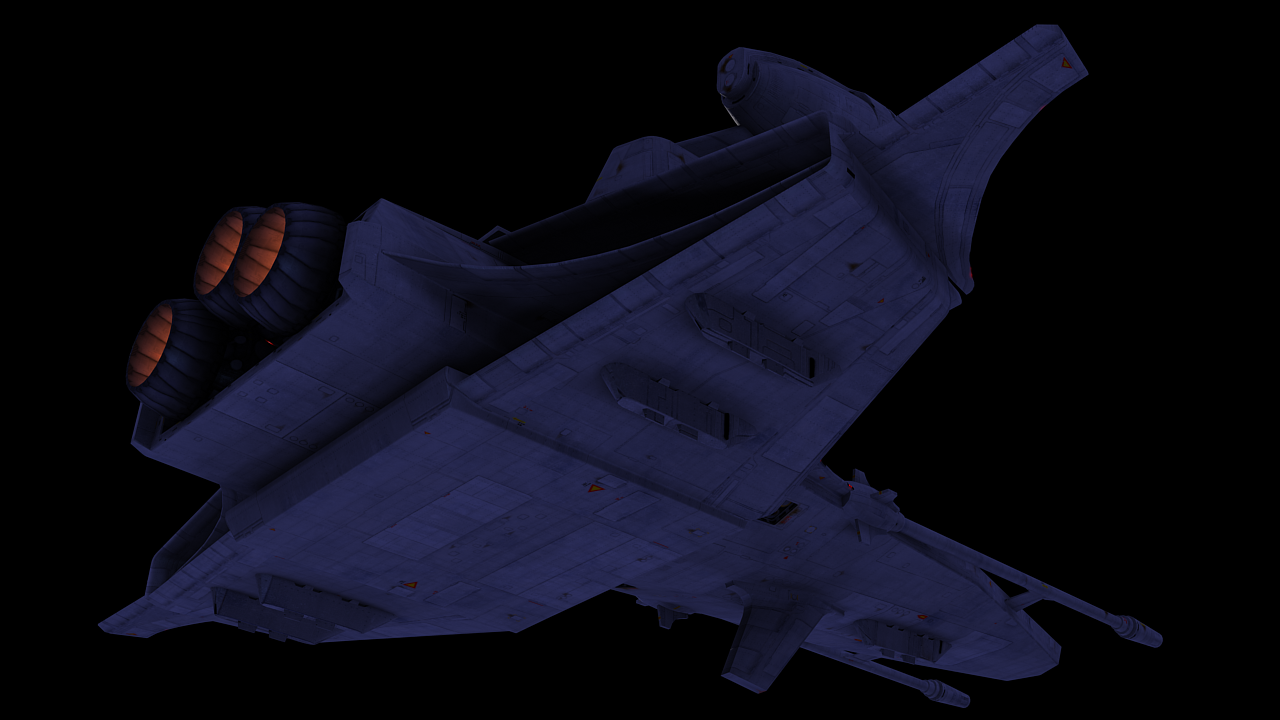 The modelling on this one has been rather tricky - there's a lot of references for the cockpit area, but not all of them line up perfectly, so I kinda had to take the parts that did fit together and just use those.
Anyhow, enjoy, and comments and changes are welcome.

Damn it always feels like christmas eve when you post something. Stunning, don't know what else to say. Did you come up with some function for those pods on the top?

According to the blueprints you got with WC1, they are acceleration absorbers.

You've made a real piece of sh*t into something beautiful

As usual, a fantastic piece. I always like the Scim for its unusual design, and this certainly does it justice.

I've always been a fan of the way the Scimitar looked (it's so damned different from everything else), and this is just beautiful! Awesome work as always! Will it wind up looking like the Broadsword with different paint schemes?
D

Wow... What a wonderful piece of pure talent...

Red Baron: Thanks. As others have noted, those pods are acceleration absorbers - and since I have no idea what an acceleration absorber would look like in real life, I've just made it as generically- techy as I could.
JasonRocZ, Kahuna: Thanks!
powell99: Thanks, and yes - there will be multiple squadron colors and markings. If you guys like, you can start suggesting them now.

Deacon: Glad you like - and no, I didn't use the claw marks scale numbers for this - they're pretty far off from what the game seems to show. Instead I scaled based on the cockpit area and a human standing besides that cockpit - IE, the Crew Chief.
That works out to an overall length of 15m.
D

Howard Day said:
Deacon: Glad you like - and no, I didn't use the claw marks scale numbers for this - they're pretty far off from what the game seems to show. Instead I scaled based on the cockpit area and a human standing besides that cockpit - IE, the Crew Chief.
That works out to an overall length of 15m.
Click to expand...

Great! Thanks so much for this work... and... can we hope for the Rapier from wc1 AND wc2? I think this would be more than fun to watch...

I'm still working on that vampire you challenged me to make

I always thought the Scimitar was the ugliest fighter in the main series, but this makes it downright beautiful. Amazing work.

As a suggestion for squadrons. How about the the Crusaders, with maybe a picture of the enforcer on the hull, as a bit of a homage to another great Origin game.

Never ceases to amaze me. Let's see someone trying to mess with this ole' Gun Slug now.
I

The Scimitar may be the slowest non-bomber that you can fly for the Confederation in the series, but it's equal to the stock Tarsus in terms of shields, armor, weapons, and turning rate (IIRC the Tarsus was going to have four missiles in Pioneer?), as well as being a bit FASTER than the Tarsus . . . in fact, in Pioneer, from what we have been told so far it looks like all three of the cargo-oriented ships (Tarsus, Hunchback, Camel) will be equal or slower in speed to the Scimitar. This would make the Scimitar a decent opponent in the game in groups of more than two.

Beautiful! I love the details you are always adding to your models

I always liked the Scimitar, and you really did a great job with that one.
I'm really looking forward to see it painted like we all know it from the good old Tiger's Claw.

And if I had to make a wish: Do you remember your Goblin takeoff movie?
If you do that with all your fighters.... *drool*
But I know that would take too long. Just go on with your work, it is great.
H

That's about what happens every time I see you're work... but in a good way.
M

Howard Day said:
Thanks, and yes - there will be multiple squadron colors and markings. If you guys like, you can start suggesting them now.

A couple ideas that popped into my head:

1. Blue/gray and/or desert splinter camo with Landreich markings, based on this: http://www.mars.slupsk.pl/fort/sukhoi/big/su27ub[62]-ukraine-1999.jpg
US Agressor squadrons also do this sort of thing: http://www.carrierbuilders.net/store/prints-profiles-lithographs-f15-eagle-c-21_91.html

That's about what happens every time I see you're work... but in a good way.
Click to expand...

you melt a nazi's face off?

Fantastic!
I'm really excited to see this one finished up, your work is always amazing!
Any word on the pilot...?

I suggested this earlier in the Broadsword thread, but I'd still love to see a WC spacecraft done up in neutrality colors.

Officially, it's overall bare metal, yellow on the upper surface and leading edge of the wings, the tail a solid color denoting the carrier and stripes on the wings, fuselage and cowling to denote the squadron. I'd love to see a paint scheme inspired by this one, it'd certainly be distinctive!