Thanks, guys. The program used to make this is 3D Studio MAX Ver9. I'm using the 32-bit version on a laptop. Unfortunately, this program is not free- nowhere near - Last I checked it was 3,500 dollars. Luckily, there's a 30-day trial version available for download!
http://usa.autodesk.com/adsk/servlet/mform?siteID=123112&id=10083915
So, this guy is done...Here's the final video and download link:
http://www.hedfiles.net/~hday/drakthli08.mov
http://www.hedfiles.net/~hday/Drakthli.zip - all plugins and instructions

Enjoy! I'm moving back to the Goblin.

Seeing such stunning movies, I am getting greedy... Now I want to see them fight each other !

Edit: when I posted those new pics weren't even there yet. Wow !
P

Howard Day said:
Thanks, guys. The program used to make this is 3D Studio MAX Ver9. I'm using the 32-bit version on a laptop. Unfortunately, this program is not free- nowhere near - Last I checked it was 3,500 dollars. Luckily, there's a 30-day trial version available for download!
http://usa.autodesk.com/adsk/servlet/mform?siteID=123112&id=10083915
So, this guy is done...Here's the final video and download link:
http://www.hedfiles.net/~hday/drakthli08.mov
http://www.hedfiles.net/~hday/Drakthli.zip - all plugins and instructions

Enjoy! I'm moving back to the Goblin.
Click to expand...

I think the 4th pic will be my new Wallpaper.
Greate work on this one.

If there was a Bloodfang Mk III that would certainly be it! What a scary looking SOB!

Thanks for ruining my night, Howard. I'm having an anxiety attack trying to decide which one of those incredible renderings will be set as my desktop background!!

How about an action scene containing both?

I don't think there is supposed to be an engine behind the cockpit though.
H

Thanks, guys - I am working on getting the Goblin textured - I've got the top fins and half of the wings done so far. It's a fair bit more intensive than the Drak'thli, and thus slower. When it's done the plan is to create a short animation involving the both of them.
Shades: Thanks - about the engine, though - the concept art clearly shows an engine glow behind the cockpit... 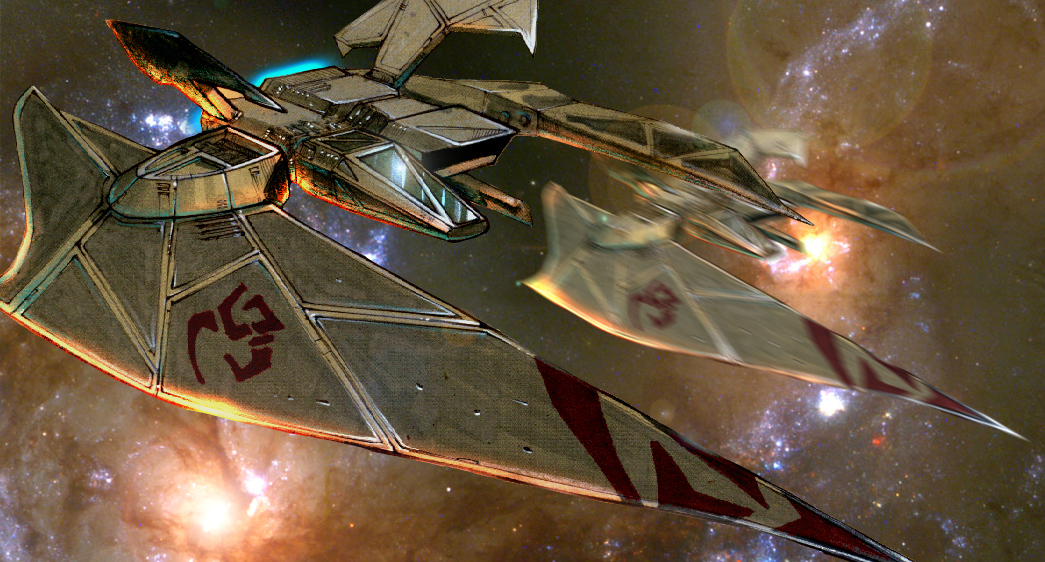 And there's plenty of precedent for this sort of engine arrangement... 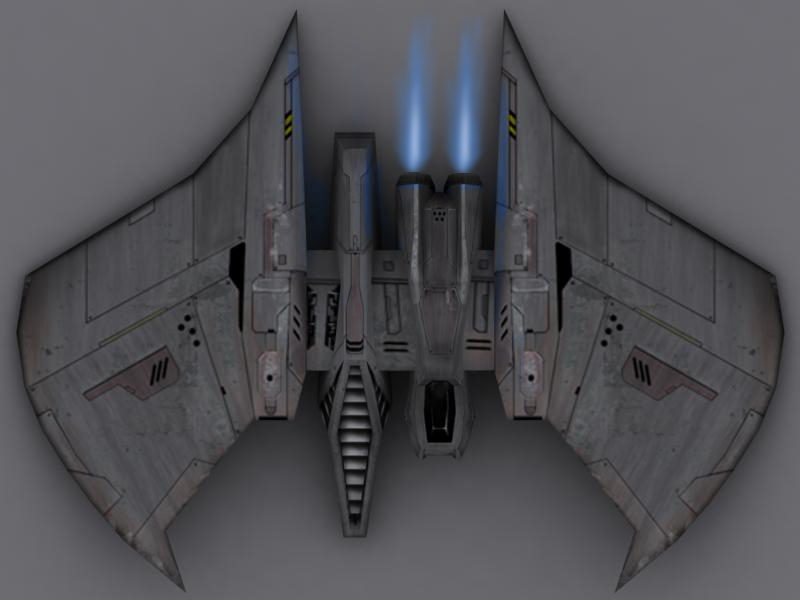 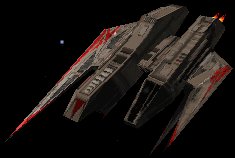 Hope that clears up why I went about it the way I did.

You got me there. But going by the drawing it only points to one side and says engine as singular not plural. That is what I was comparing to.

Howard - First of all, thanks for releasing the Drakthli - What a fantastic design. Brilliant work as usual.

I have a question regarding the mesh though - I am using 3DS Max 2009 64-bit and for reasons beyond my understanding I am getting horrific rendering speeds with the unaltered scene file you provided. I'm talking 16m 08s for a 320x180 render of your Camera01 placement. It seems to sit at the "Preparing Geometry" stage of the render for a very long time indeed. Any thoughts?

It's not a system config issue - I'm running a quad-core 2.4GHz with 4GB of RAM and I've been throwing around some 1,000,000+ poly models tonight to make sure it's not a setting with MAX that I've inadvertently changed. I'm going to get some sleep now and take another crack in the morning...I might try importing the whole model into a newly created scene and see if that makes and difference...Just wondering if you had any other suggestions?

I really want to have a play with that model!

Hmm... interesting. I don't know what could be causing that for sure, but here are some things to try - turn down the level of Turbosmooth on the model - it should be 2 by default, switch it down to 1. Also, the main Direct01 light has smooth area shadows turned on - you may switch that over to shadowmaps to fix the problem... either way, 1600x800 renders of this thing take a little over a minute on my quad core. Not sure what the problem is.

Have you installed the right plugins? The ones that are comming with the model are telling me that they won't run with my version so before I render it I have to search for the 64bit version of the plugins I guess.
At least its running fine with the 32bit version...even if it takes its time on my machine.
H

Okay, so here's a look at where I'm at on the Goblin. I've got the vast majority of the textures complete, with only the cockpit, landing gear, and rear part of the weapons pod left to do. I think I'm going to take a bit of a break from this, as not to burn out.
http://www.hedfiles.net/~hday/goblin06.mov
I think it's looking spectacular, but I've been grinding on it for the last week, and I need to do something else for my own mental well-being.
As always, enjoy, and suggestions are welcome.

Even if you say it still needs some tweaks it looks very good.
What I noticed is that the textures look a bit more worn out then I would aspect it from a brand new fighter...or is this one that has allready seen some action?
I just have the image of the Vampire in mind that was very shine.
P

Well I sorted out the render-speed issues. I use FinalRender and after a lot of experimenting, I turned on Micro-Triangle Displacement and just did a render with the ship filling half the frame at 1920 x 1080 in 36 seconds. MUCH better.

On the Goblin - I have two suggestions/observations for what they're worth...

First, the cockpit canopy...It looks a little...CG at the moment...I'm not talking about the materials but the shape itself...It just looks a little off and takes away from the "realism" (in inverted commas because the thing is a science-fiction fighter after all

) of the rest of the ship. I think the lack of support for all that glass is part of what is making it look off to me. It's a matter of personal preference though.

Second - The area under the cockpit where you have what look like cooling ports for the nose-mounted cannon...That area just screams to have a shark-teeth design like the Vampire...If not this version, perhaps a pirate variation?

At the end of the day, it's a badass design either way.

Its a great design and a very beautiful ship, i just cant see the point for that bottom fin. Looks so much like a b-wing(star wars, not the b2 bomber

) because of it. That's at least what i noticed just now...
Awesome work Howard.

Well.. the fin could be part of a long range comm array.. or some sort of active or passive scanning system.. it could house EM jamming gear..

There are any number of techno-babbly reasons for having it.. personally, I like the fin..

Awesome job on both ships Howard! Thanks for putting in all the effort!