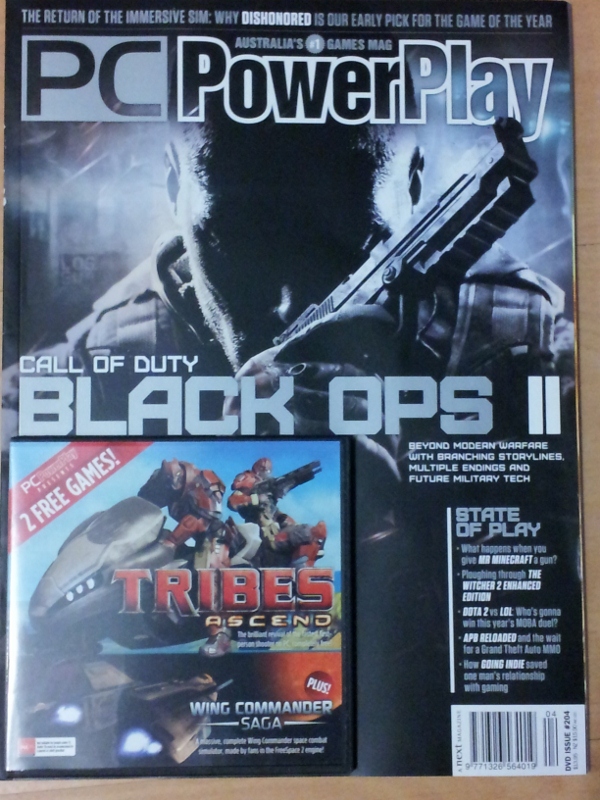 Doesn't sound completely legal to me, but I guess it must be to have passed through the publishers legal department.

several magazines already did that and nobody complained.
Otherwise the dozen download mirrors would be down as well.

To be clear - there have been several inquiries regarding putting Saga on a cover DVD (not from PC Power Play though). Our answer has always been that EA has been very generous in allowing WCS and other Wing Commander fan projects, like Standoff or Privateer: Gemini Gold, to be released, but the unwritten rule was clear. This is their playground. They are letting us play in it if we play by their rules. We need to respect their IP and their rights as its owner. If anyone has a right to make money for anything with the Wing Commander name on it, it is them. If they want to put WCS on a cover DVD, they need to bring this up with EA's legal department.

Wow, interesting that a fairly high-profile magazine would do that. I admit I don't buy/read magazines all that much - I hope they took the time to go through the proper channels to get that cleared.
You must log in or register to reply here.
Share:
Twitter Reddit Pinterest Tumblr WhatsApp Email Share Link
Top