Tom Wilson has been confirmed as a guest for the London Film & Comic Con this July. Wilson will have appearances on all three days of the convention, which is slated for Friday 28 to Sunday 30. Visitors can attend a Back to the Future talk, and there will be various photo and autograph opportunities. A diamond convention pass guarantees the most interaction with the Maniac. Other guests from notable sci-fi franchises include Richard Dean Anderson, Wil Wheaton and Walter Koenig. 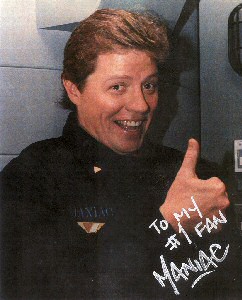 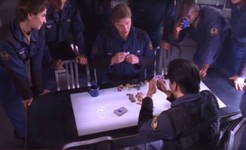 I was surprised to find that Tom Wilson was a guest at the Sydney Supanova convention a few weekends ago back in June - wouldn't have even given a thought to going if a friend hadn't mentioned it to me. Conventions aren't nearly as common in Australia as they are in the States, so I was quite pleased I got to meet him face-to-face and have him sign my Prophecy box (while everyone else was there for his Back to the Future role, of course). Attended his panel session too, introduced as the 'nicest bad guy' you could ever meet, he gave some anecdotes about his time on BttF and sang the 'Stop asking me the question' song. Probably nothing new compared to his numerous other appearances worldwide, but it's always nice to hear stories from the person directly. I asked him if he had heard from Chris Roberts regarding Star Citizen (since Mark and John were invited back for Squadron 42) and he said he hadn't heard anything at all but that he's still doing very well for himself regardless. (I repeated his line about him earning more money than the rest of us and he just smiled and said that was supposed to be a joke.)