Fellow Wingnuts, start your engines! With the release of version 0.9 of Arena Commander, we can now search for our friends to create specific matches. The feature is currently down while they iron out some bugs but this is a really cool way to help us wingnuts fly together, especially those who may not have joined the CIC squadron. So, post your handles below, and happy flying!

I'll be posting friend codes to my matches either in #wingnut or in the RSI Org chat.

Really looking forward to some co-op mayhem, see ya there.

Has anyone of you tried a transatlantic match yet? Does it work with acceptable lag?

I'm going to fire it up for the first time later today if any other wingnuts will be around. Drop into #wingnut and we can get something going.

This Saturday (September 27) let's try to play throughout the day. My girlfriend is going away for the day/night so I'll be able to jam in quite a few dogfights!

I'd love to start getting the CIC squadron flying together. (And how cool will the screenshot be when it's a wing of Hornets with all familiar CZ callsigns in formation? Pretty damn cool!)

We can meetup in #wingnut and coordinate from there.

Wasn't aware private matches are back up. I'll try to pop in where able and coordinate in #wingnut. Just need a rough time frame when the mayhem shall commence.

I have three different fighter craft to mix it up with. My favorite is still my Hornet (8 guns and the only craft I have, currently, with missiles is pretty sexy). I'm still testing loadouts with the two racer craft so we'll see how it goes during the week. The Hornet at least has a preferred loadout for me now.

Hmm, "CIC Squadron," will need a suitable replacement. The great naming debate begins anew...or did we already pick one? I can't remember at 2 AM.

I think we'd settled on Blood Most Noble for a squadron name.

I'm going to be around all day waiting to jump into games, so come on pilots! Man your planes!

Dundradal said:
I think we'd settled on Blood Most Noble for a squadron name.
Click to expand...

Now all need is an adventurous artist to make a stylized logo. I don't suppose the WCCG had a logo or Kilrathi script of the name?

Don't look at me for artistry, my IRL discipline is in PC hardware/OS.

I'll be sure to pop in when I can. I've been waiting for these kinds of shenanigans a LONG time.

The CCG logo looked like this in a close scan: 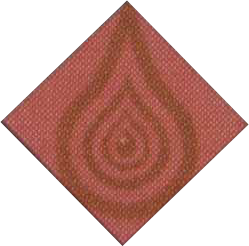 Could've sworn I had the card itself somewhere...researching it again shouldn't be too big of an issue.

EDIT: Standby-one, I have the cards.

Looks like the slogan is "The Emperor's Chosen" (Winhalk'Rag'nith, if that's the least bit helpful)

EDIT-EDIT-EDIT: Myself, I'd love to fly with you guys. Alas that my financial situation, as predicted, did not change over the course of the last two years and I've still got the exact same box that I had back then. You know, the one that would take a look at the hangar module code and promptly barf...
Last edited: Sep 24, 2014

I'm mostly gone the saturday (and don't really have a capable machine) but I too was under the impression that private matches are not possible at the moment...

So matchmaking does work? I thought I read about issues..

I'm unfortunately not in to the Arena matches yet - my HOTAS broke when I moved and I didn't get to replace it yet.

I wasn't aware of anything, although I don't really check RSI updates very often. I read the last AC update and thought we were good to go. If they aren't, then I guess we can figure something out...

Private matches aren't working yet, but you should still be able to use friend codes to get into the same matches as far as I know.

Oh, that should work then. I was figuring doing some swarm and head to head stuff.

13.1 is live and a lot of our troublesome bugs (including the Hornet's) have been fixed, as well as restoration of private matches. Time to fly!

Before that though, make sure to login to RSI first and hit up this link: https://robertsspaceindustries.com/account/pledges/configuration

The room system is in its first iteration and requires you assigning craft to the bays, or you'll load an empty hangar.

I'll jump in when I can. See you all on #Wingnut

Fellow wingnuts I am hosting a 24 hour Arena Commander Marathon Starting October 15, 2014 at 12:00 pm PST and ending on October 16, 2014 at 12:00 pm PST.
Voice comms will be on Mumble
Pleas click on the Evite and RSVP, I will then reply to you with the voice comm details. Hope to see many of you there.

This Sunday, I'm going to try and pop on for a few games if anyone else would like to join. We can meet up in #wingnut.

Any wingnuts want to form on my wing?

Our Squadron continues to grow too! Up to 75 pilots!

I'll check in when able. Hoping 0.9.2 gets the nod this week. I find I play a couple times per patch then get jaded till the next one. Need some live folks to make this more interesting. PVP never was my shtick.

I suspect I'll feel a lot differently about the game after I can migrate from this aging rig.