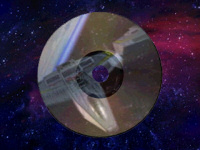 George Oldziey has provided another update on the post-Kickstarter status of his live recording Wing Commander album. He's started assessing bids from different orchestras in order to firm up what's possible in terms of symphony quality, duration and location. He's also taking feedback from fans for ideas on what tracks should be included, so definitely hit the forums link below or add to the KS comments for an opportunity to get your thoughts in!

I'm thinking there will be lots of WC3 and 4 suggestions. I was never that big a fan of the WC4 songs though. I think WC3 is much better and love the intro especially. Anyway, that's kind of the long way of saying I want to suggest a few prophecy tracks.

Most of the battle music would be great actually, but specifically I'd pick Battle music #3 ( http://download.wcnews.com/music/wcp/topdollar/20 - Battle 3.mp3 ). You can clearly hear George playing with his WC3 and 4 themes in new ways which on an album would make a nice counterpoint to the other pieces from those games. Second to that suggestion Battle music #1 isn't bad.

Other than that prophecy's sountrack is filled with some more mood setting pieces. Suspense 3 ( http://download.wcnews.com/music/wcp/topdollar/19 - Suspense 3.mp3 ) would be neat done live though and has a bit more uptempo even if it's ominous and is perhaps one of the more *different* sounding pieces.
F

The Demo-Track for Origin:
https://www.kickstarter.com/project...sic-orchestral-recording-project/posts/755057
The demo track really impressed me when I first heard it, and it never ceases to amaze me. It fits the style of WC3 very well. I'd love to hear it orchestrated.

The Behemoth-Theme:
http://download.wcnews.com/music/wc3/wing commander iii - behemoth.mp3
This track has a quite menacing undertone fitting to the TCS Behemoth.

Beating Prince Thakhath:
http://download.wcnews.com/music/wc3/WC3-MID25.mp3
This one is a very fitting and dramatic endboss track, giving me the feeling that the boss is almost beaten.

Defending Sol:
http://download.wcnews.com/music/wc3/WC3-Sol.mp3
That one portrays the desperation during the final losing-track mission very well.

210 battle:
http://download.wcnews.com/music/wc4/wc4mp3b.zip
One of the battle tracks of CD2 of WCIV. It builds up excitement and then lets it explode. At that point you really want to pull your trigger.

211 battle:
The other battle track of CD2 of WCIV. That's probably the most dramatic version of the Black Lance-theme.

Music from the Axius-Cutscene:
Mr Oldziey mentioned that there was an alternate version of that track. I'd really love to hear how it sounded like.

Battle 5:
http://download.wcnews.com/music/wcp/topdollar/27 - Battle 5.mp3
That one has a fascinating blend of drama and atmosphere.

Be sure to let Mr. Oldziey know your suggestions!