I've updated these at the bottom too - my web service has been a bit wonky recently.
So there you go - I've tried to keep as close to the original colors and layout as possible. Check the Ships database for the sprite screenshots...
https://www.wcnews.com/ships2/wc1ralari.shtml
Still to do is a bit of clean-up around the engine nozzles, and the main turrets - top and bottom. Those will be comparable to the main anti-shipping turrets on the Exeter and Bengal. Incidentally, does anyone know what the huge cannons on the wings were for? I'd guess they were early AMGs, but that's pure speculation on my part.
Enjoy, everyone.

let me be the first to say wow. the first Ralari was a good enough job, but now I see how much could be improved.
that said, the red windows with black contour, while awesome in the shadowed parts, look somewhat glued on when light hits the surrounding wall.
H

Thanks, Shere. The window thing is because the texture is making the windows look like they're indented, while the actual geometry isn't. I can go in there and indent all the geo, but I think the effect is strong enough from the distances you'll be viewing it from to get away with...not. Here's an image for the general viewing angle the window illusion works just fine from.
I also posted some comparisons between this and the Terran Equivalent, the Exeter. I see I need to increases the texture density a bit on the terran offering to beef it up to the same detail level, but that's a minor concern.

Whoa... THIS IS FANTASTIC!!

Strange.. I don't remember seeing this thread earlier for some reason. Anyway, these look pretty great. Your work is always impressive Howard.

I very much like the sunburst paint job on that Ralari--it makes me think of the Japanese Imperial Navy. ^_^

The Ralari is great - I especially like the engine glow on the stabilizer structures in the rear three quarter view. It really looks menacing...

I keep imagining the two ships approaching each other slowly, no fighters around, ready to do battle one on one...

Those ships are kick ass. I'd love to see an engagement between the Ralari and Exeter.

Say Howard, any chance you'll ever do a Confederation class ship? I know Pioneer is set too early for them to appear but it would still be cool to see.
J

As for a code update, it has been going quite smoothly last few weeks. I've been working a lot on data management so that we can have better live updating. I have been testing the new tools on my test case (a simple Tetris game). It is working really well. There are still some tweaks I need to make before it works perfectly, but it is now very easy to update game constants in realtime which then updates the corresponding data/option files automatically.

With this mechanism in place, we can tweak almost every aspect of the game while playing the game. There is no tie-in to our source control system (Subversion), but it's easy enough to simply submit the changes manually once you are done tweaking them. Right now it's all done in-game, but perhaps at some point it would be beneficial to have a connection to the editor so that it doesn't take up space in the game.

So the plan is to work on this a bit more to get it working perfectly and then coordinate with Howie to make sure the pipeline works well in the test case. Once we are thoroughly happy with it, we can start getting the gameplay ironed out for Pioneer. I'm taking it slow with the data side for Pioneer, because once we decide on a pipeline, I want to be able to stick with it and not have to make major changes which would result in major content changes.

Howard Day said:
It looks awesome, and made me want to do a Frathi. Unfortunately (for me, not you) Brad Mick has called dibs on the Frathi, so I decided to go back and re-do the Ralari in that style.
Click to expand...

You could always do a Fralthra in the same style. 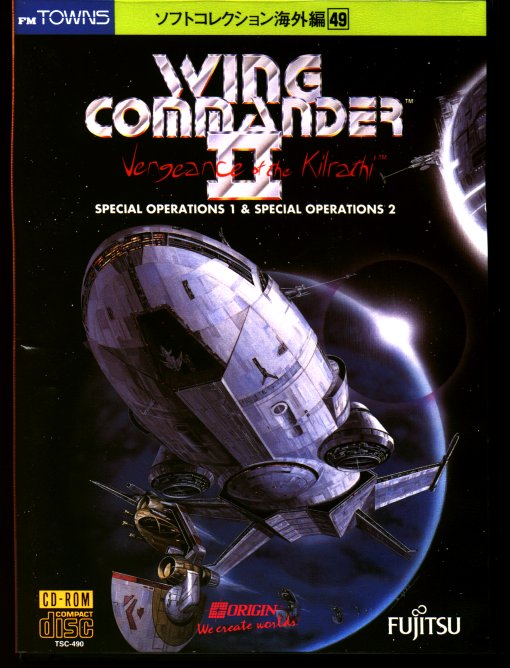 That's one fearsome Ralari! Can't wait to see it go up against an Exeter.

Nomad Terror said:
The Fralthra with the Jalkehi silhouette painted on it!
Click to expand...

Its not a painted silhouette, that really is a Jalkehi launching from the forward hanger of the Fralthra. Remember, the thing carries 40 fighters, so it has to have deckspace somewhere comparable to that of a light carrier.
H

AD, gevatter Lars, ELTEE, Dyret: Thanks, guys!
Ijuin: That's one of the things I really love about the new version. that red really stands out - the old version it all kinda just swam together.
Sylvester: Thanks. As for the Confederation class - probably not. I'm mainly focused on ships that will appear in Pioneer. That's not to say that I don't want to - it's just that it'd never be used for anything. Same goes for the Ralatha, Fratha, Gratha, etc - I'd really love to do all of them, but they're not (to the best of my knowledge) even around in 2652. I'd love to do all of them, it just seems like a bit of a waste of time, especially when you look at how much else needs to be done on this project.
Bob McDob: That's at least the second time you've asked for that.

I totally agree, that would look absolutely beautiful. Unfortunately, for the reasons mentioned above, it's not likely to happen anytime soon.
Nomad Terror: Hah, nice. I don't think anyone honestly ever thought that was just a painted on silhouette of a Jalkehi, right? Right?
Sylvester: I think he was messing with you, man.

Yes I was being facetious.

Sylvester: Thanks. As for the Confederation class - probably not. I'm mainly focused on ships that will appear in Pioneer. That's not to say that I don't want to - it's just that it'd never be used for anything. Same goes for the Ralatha, Fratha, Gratha, etc - I'd really love to do all of them, but they're not (to the best of my knowledge) even around in 2652. I'd love to do all of them, it just seems like a bit of a waste of time, especially when you look at how much else needs to be done on this project.
Click to expand...

You could get away with the Ralatha and the Fralthra -- we don't have specific histories for them.
P

I'm waiting to see the Snakeir... though it may not make it into Pioneer since it didn't appear until Secret Missions.