Queeg has managed to turn Wing Commander III into a full length movie. His 'Heart Of The Tiger' Movie Project uses selected video scenes and actual gameplay footage to deliver the complete experience in one neat package. This very impressive effort turned out a whopping two hour & twenty minute final video. Several similar attempts are in the works for different games, but this is the first such project to produce a finished product. You can download it here. At 680MB, this is the largest single file that we are currently hosting. A download manager like Getright is recommended to reliably download something this size, even if you are on broadband. 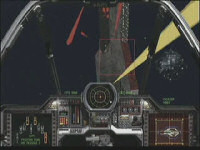 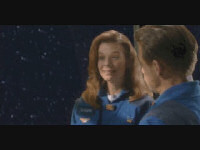 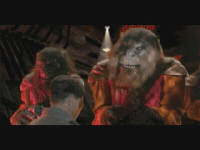 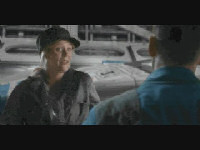 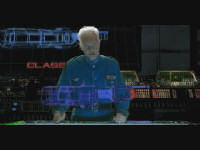 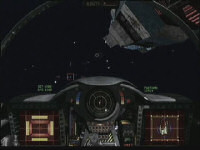 Hi, I've been into Wing Commander for a few years. I started off with WC3 and loved it, then went onto IV and Prophecy, but Wing Commander III is my favourite. I wanted to create a Wing Commander III movie. I found this website recently and figured the best place to share the movie would be here.
Click to expand...

EDIT: Download this codec if you are having trouble playing the video! http://www.xvidmovies.com/codec

Can you upload it to Google Video also?:
http://video.google.com/videouploadform
E

awsome work !! its more entertaining than the movie even !!!

Thanks for taking the time to compile and share this with the community, Queeg!

I enjoyed your initial sample released in March, but wasn't able to access the segmented version uploaded subsequently, so it was fortunate that you managed to get it to the CIC.

Is anybody having any problems playing it? It keeps shutting down Media Player when I try to play it. Do I need a special codic? I didn’t think so with .avi files. The files size it 694MB so I think I have the full file. Any ideas?
S

Shades2585 said:
Is anybody having any problems playing it? It keeps shutting down Media Player when I try to play it. Do I need a special codic? I didn’t think so with .avi files. The files size it 694MB so I think I have the full file. Any ideas?
Click to expand...

It uses XviD codec Shade, I would suggest you install ffdshow which you can download from here - http://www.starbots.org/files/DivX/ffdshow-20050909.exe
(There are newer versions but this one should do just fine.)

media player gives me this avi chunk viewer thing saying the file is not properly interleaved/procecced for sequential viewing.

(oh, and yes, I have the latest xvid decoder and my download went just fine at the filesize mentioned above)

and the sound and video is not in sync no matter what player I throw it at.

so how can I interleave this videofile using avisynth or virtualdub? the file, evidently, doesn't work in its current incarcation.

Error: "This pin cannot use the supplied media type" in Windows Media Player. I installed the newest XVid and the suggested ffdshow and still got the same error.

Read this post if you have trouble playing the video:

Did you try the xvid pack at http://www.xvidmovies.com/codec ? I don't know what that ffdshow thing is. Alternately try the VLC media player http://www.videolan.org/vlc/

AH that did it. Thanks Chris. Good work Queeg.
I

VIDOCLAN seems to work, but what does the error message in mpc mean? How can I repair the file so it works with normal ? I've got the latest codecs and no nother xvid goes out of synch, thus just one.

Surely theres must be others who agree with me?!

The file seems to play fine for most people, so it doesn't look like it needs to be repaired. It must have something to do with your audio/video codecs and system configuration. In addition to xvid, there must be an mpga or mp3 audio codec that the player has access to.
E

It doesn't work for me either, unless I play it with the DivX player.

Great job, though I did miss the funeral scenes

What the WC movie should have been!

Awesome movie! As someone mentioned, this is even better than the actual movie. ;-) I can't imagine the time taken to splice together all the scenes, as well as the game footage while fighting.

I *was* looking for the quick reply by Eisen where Blair is rarin' to go and he says, "God, I love the guy's spunk!" ;-)

Again, great job and thank you again for doing this. I actually made this into a DVD and will be sitting down with popcorn and soda to watch.

The only grip I have is that Locanda was saved. That was a major driving force fo Flint to run off on her own in the book. I know this isn't a movie built off the book, it just always made more sense that way even while playing the game.
All in all it came together really well and was a lot of fun to watch.
Great Job Queeg!!!!!

Anyone have subtitles for it?
U

Thanks Queeg. Great job!
I really enjoyed it.

Worf said:
Anyone have subtitles for it?
Click to expand...