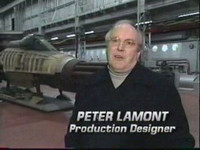 If you've been part of the Wing Commander community long enough then you've surely heard every possible complaint about the 1999 movie: the casting, the writing, the lore, the acting, the editing, the CG ship design and so on are alternately blamed for its box office failure in take after take. But there's one thing you've never heard anyone complain about, regardless of their feelings on the film: the sets. That's because from the moment the camera pans into the control room of Pegasus Naval Base you are THERE in the 27th Century fighting the evil Kilrathi. There's not a painted plywood wall or a loose nail to be seen aboard the Diligent, Tiger Claw, Concordia or ConCom. From the first shot, each set and its dressing expertly sells the cramped, naval-inspired look of a space battleship on the front lines of a desperate war.

Those sets were the work of brilliant production designer Peter Lamont, who passed away today at the age of 91. Mr. Lamont's storied career saw him working as an art director, set dresser and production designer on dozens of classic films ranging from Chitty Chitty Bang Bang to Aliens. He was best loved for his contribution to the world of 007, where he influenced the look of every James Bond film from Goldfinger (1964) to Casino Royale (2006). In 1997, Mr. Lamont won the Academy Award for art direction for James Cameron's behemoth Titanic. The next year, in a shocking testament to Chris Roberts' seemingly natural ability to attract top talent to his projects, he agreed to serve as production designer for Wing Commander. There, he led a team of artists and craftsmen to turn a warehouse in Luxembourg into alien corridors, spacecraft bridges, cabins, rec rooms and a full length, half width flight deck complete with a full squadron of homemade space fighter craft. He absolutely nailed the claustrophobia of naval warships and created props and signage that sold the viewer on the setting without question. From propaganda posters to warning signs to exposed pipes and rounded doorway hatches, the Tiger Claw and others are absolutely believable throughout.

From the start of the game series, Wing Commander has always proved that the difference between a game and a universe you want to live in is an incredible attention to detail, making sure to add the textures and little touches that make the thing whole. We'd like to thank Mr. Lamont for so-well adding that texture to the universe seen in the film, helping to give it an enduring legacy and to create a wider continuity that we've all enjoyed inhabiting over the years. Here is just a small sample gallery of shots from Wing Commander which display his team's awesome work: 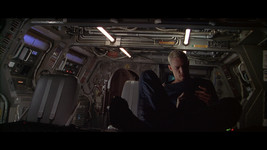 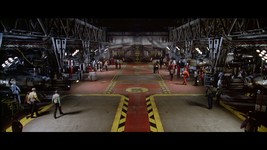 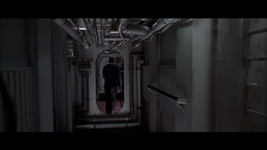 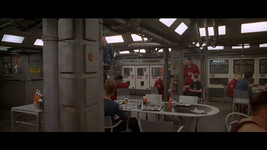 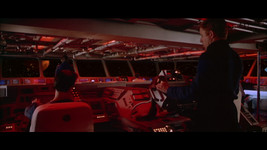 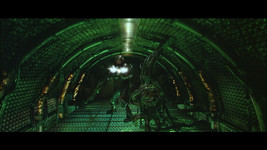 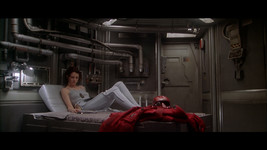 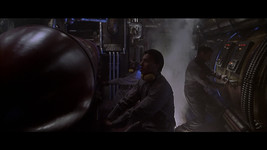 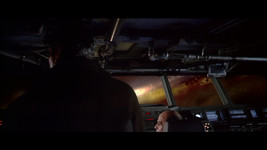 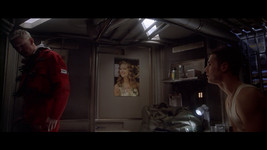 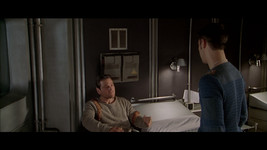 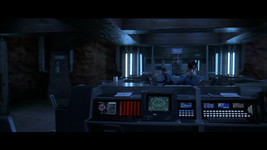 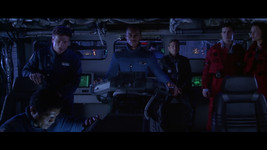 Finally, here is a short interview with Peter Lamont from Wing Commander EPK. It certainly warms the heart to hear him refer to "our Rapiers"!