Today we've got a new poll about your favorite mechanics in the Wing Commander series. There's a number of really good options, so we expect it to be quite competitive! There's just one Kilrathi choice, but we actually have several droid-based selections. 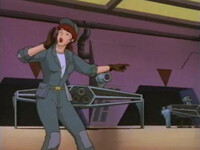 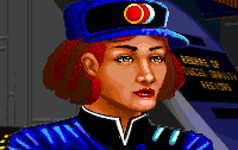 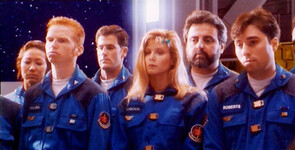 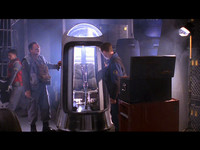 Our annual new year's poll was also interesting this time around. It usually starts pretty positive and then gradually normalizes as the month goes on. However, this time the positive responses had a second surge this past week. As we mentioned a month ago, the general cloud of pessimism over the state of the world is quite understandable, but I'm encouraged by what Wing Commander fans continue to do to keep things moving forward!

Gotta be Pliers. I almost went for Maya but gotta love that old coot.

Rachel is always good with her hands, but I may have an even softer spot for Sparks.
O

Pliers. Definitely Pliers. He had the most character of them all. Reminds me of a mechanic I knew that died recently to Covid. Wouldn't take the vaccine.

I know it's not cannon, but there's a character in the Gemini sector RPG: Dallas Seelig, who would give them a run for their money IMO. Here's a transcript of him sharing a post-work beer with his supervisor.

Seelig is swigging back a beer hanging with Weiss. "Didn't know dey drank beer in churmany... Anyway as I was saying... the best work on a flight deck is done on a fri-yay afternoon. Ya know... when the boss wit da clipboard says he's gotta meet vendors but you see he's already wearing the golf cleats and has a pocket full of chips?" Weiss nods politely and tries to not intrefere. "'Ere, lookit. I gots it finally assembled... needed to get some components from da scrap heap... the assembly instructions were unclear, but 'dere's no way the plating is thinner than a pilot's skull. Ya may wonder... is it theft when we do these projects? I say it's on job training, as well as a blue collar tax. Tasks like dis keep the soul pure and ready for more welding." He points at the fighter he finished assembling. "I think I'll call 'er... Tin Lizzie on a countinance of 'er being as 'ard to service as hittin yer head on a rock, and she gave me da blues wit' her obtuse instructions, at least da passenger will get wit da funk." he chortles "Glad da stick grabbers didn't total anyting in a while, I finally 'ad time to finish the control assemby. Ya tink dey're gonna fly it?" Weiss takes another swig of his pilsner. "... Nein, zey would be mad to want to fly this one. I do not see why confed would send us such schematics." "Yeah, I hear ya... While fixing it, we need to do a lot o carefulling wit dis one. Engage safety squints, put on double rubber gloves... have our mom on speed dial... But man, flying that deathtrap... non merci!"
Click to expand...

I voted for RX-4, but I probably should have put one in for Xilerks.

Remember, Pliers has people skills; he is good at dealing with people. Can't you understand that? What the hell is wrong with you people?

Sparks it is, purely because of the double-entendre that flew over my then-young head when I first started playing WC2.