In addition to Wing Commander's birthday, today is an exciting date in the world of aviation!

The very first 787 Dreamliner was finally delivered to launch customer All Nippon Airways today. Amazingly, it's been more than four long years since the first ceremonial factory rollout on 7/8/07. At the time, Boeing was measuring the time until delivery in months, not years, and the target was to begin getting planes to the airlines in 2008. https://www.wcnews.com/chatzone/threads/first-787-rollout-7-8-07.20624/

The 787 looks like a sleek update to every other modern jet, but it's very different throughout. Rather than aluminum, it's made out of plastic carbon composite. Many of the mechanical/hydraulic/pneumatic systems are now electrical. The windows are so big that there's no room for a pull-down shade, so the windows electronically polarize to dim (and even the bathroom can have windows). All of the changes allow the passenger cabin pressure and humidity to be maintained at something much closer to sea level, so it physically feels less draining to fly (and your ears don't or just barely pop!).

But all of this new technology had to be invented and then industrialized, and delivery was pushed back. The wait is over now though, and the Dreamliner is here! Employees escorted the delivery airplane out on foot this morning to a stage where the president of Boeing handed over ownership to the president of ANA. http://boeingblogs.com/randy/archives/2011/09/dream_delivered.html

A little while back, I was lucky enough to fly on the first flight with a full complement of passengers, and it was just amazing. Here's a neat video about the entertainment systems testing that we did (you can see me at about 0:24 and 2:04): http://www.boeing.com/Features/2011/09/bca_787_IFE_09_12_11.html

I have been following the progress of the Dreamliner for some time now. Very happy to see it has started to be delivered.

In some sense, however, I am even more excited about the new versions of the 747 being considered/produced! Talk about an airframe plan form that just keeps giving.

Yup, the new 747 looks great too. It's hard to believe this shot is a real photograph (not a render). The second shot is the fly-away photo from this morning. 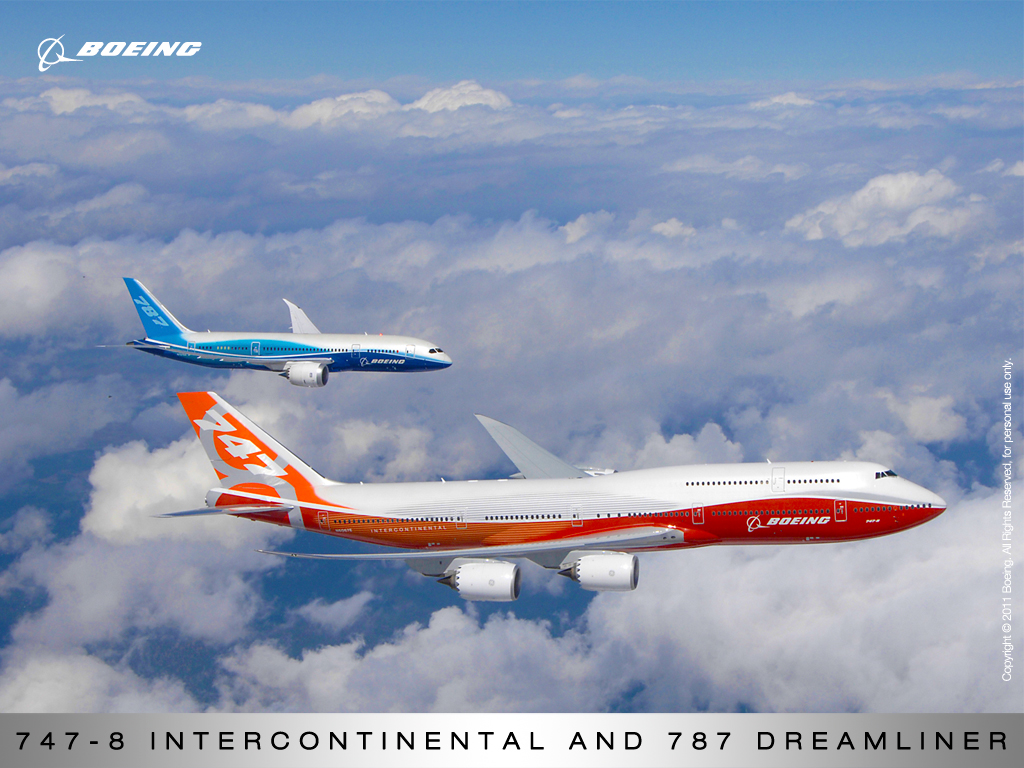 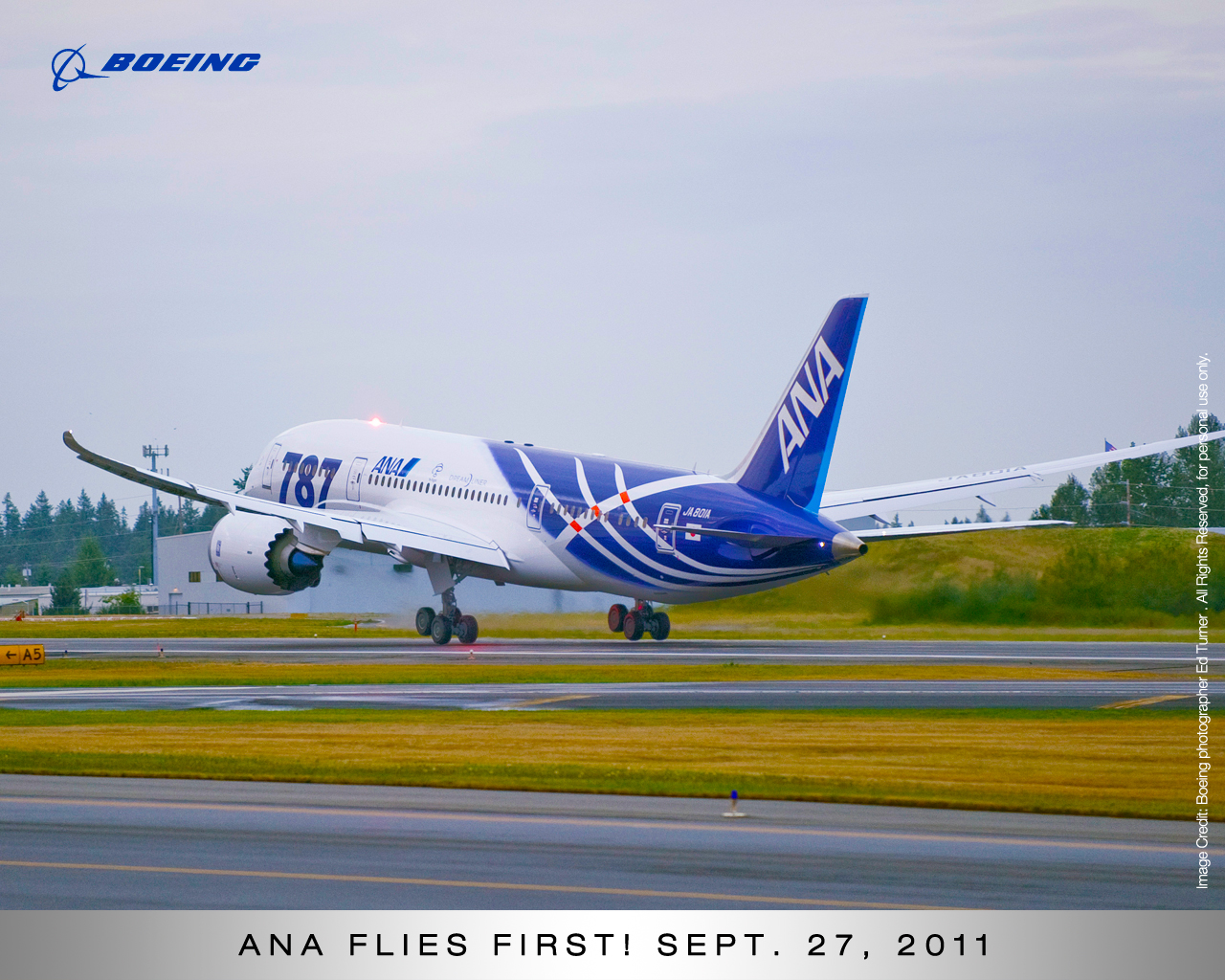 On that note, if you haven't heard about it yet.. the "fourth generation" 737 MAX will be Boeing's next new airplane.

My mother is a flight attendant and has been looking forward to the 787 for eons, let's just hope United gets a few!

United (Continental) is the North American launch customer of the 787 and has fifty on order. Their first airplane is in Final Assembly now and will go into service next year: http://blog.seattlepi.com/airlinere...-united-airlines-first-boeing-787-dreamliner/ 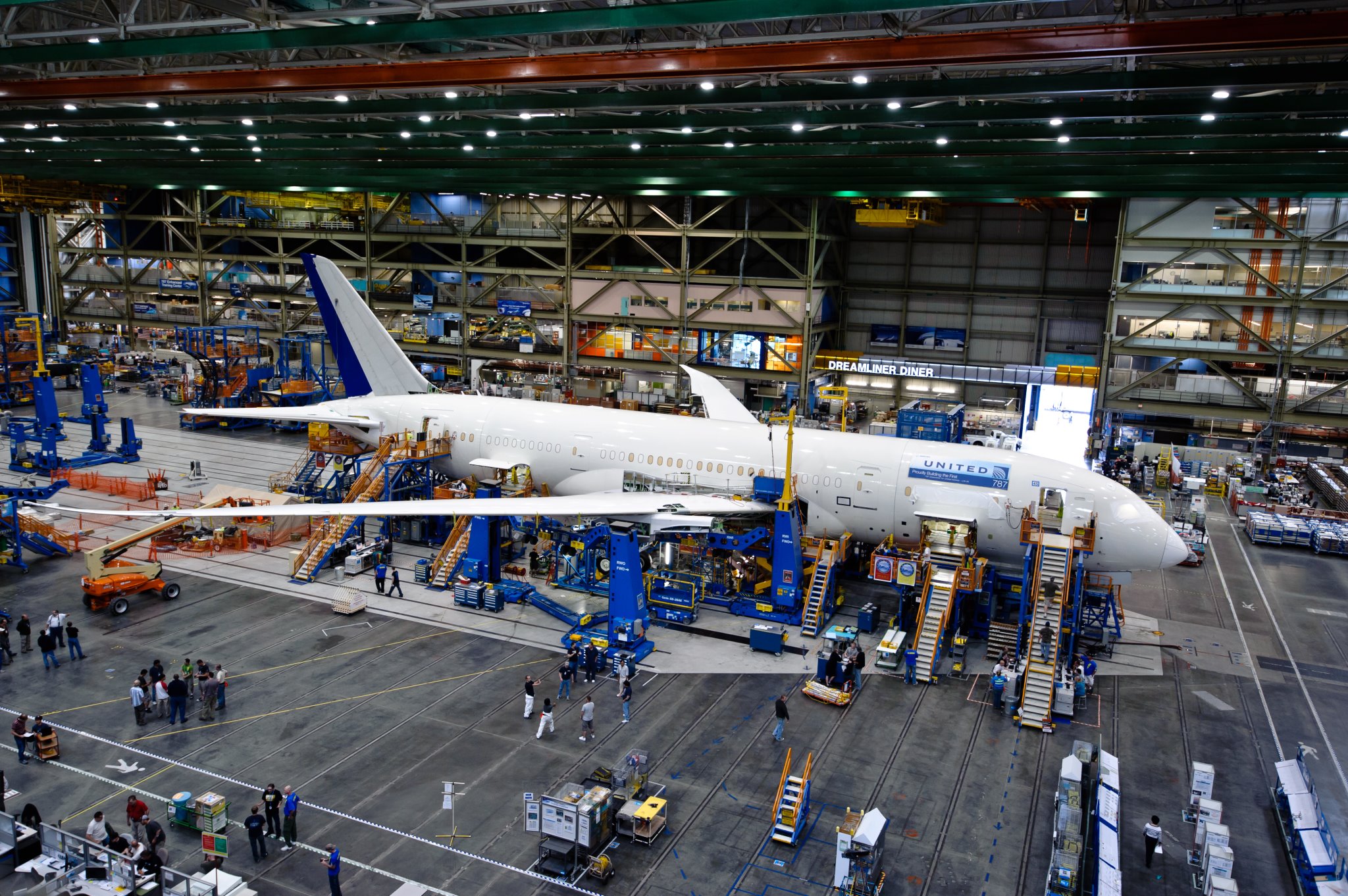 Yup, you can actually eat there! The 737 cafeteria is "Rosie's Diner" with photos of the female B-29 riveters on the walls.

Still can't believe the insane wing flex on the 787. Chris, in that shot you posted where it's flying next to the 747, the wing flex almost matches the curved line of paint on the side of the fuselage! As an aside, is it bad to admit I'm turned on by the Dreamliner's slick empennage?

Re: 737 - There has been a lot of speculation that Boeing waited too long to announce that project and as a result, lost some potential orders to the evil empire of Airbus. I guess they solved the issue of ground clearance with newer engines? Good to see the project is moving forward.

EDIT - Chris, that shot of the assembly line is absolutely epic.... makes me regret for the umpteenth time that I never continued on to my commercial pilot's license. Thanks a lot al-qaeda.
P