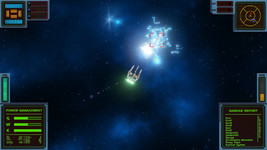 ...Wing Commander Flat Universe! The votes are in, and WCFU took the top spot in our annual fan project contest for the third time. The newest version of their top-down shooter features new fighters, new explosion & damage effects, new weapons and awesome new multiplayer modes. The Maslas Brothers previously won in 2014 and 2016. They seem to have even numbered years on lock - will they be able to keep it up in 2019? 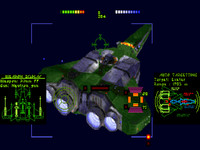 In second place close behind Flat Universe, we have an actual literal tie this year. The first runner up is the Prophecy & Secret Ops Model Upgrade Pack! 2017's winner also had a big year with new ship models, impressive new Open/GL graphical effects and a neat iridescence effect for the Nephilim ships thanks to the unholy machinations of the MUP team: DefianceIndustries, Dark Sentinel, Pedro, PopsiclePete, Whistler and gr1mre4per


The other runner up is a newcomer this year: the WC1 Sprite Refresh! Goliath, Howard Day & UnnamedCharacter have achieved what was once thought impossible by implementing ship upgrades in the original Wing Commander engine. They've already got the Bengal, Exeter and Hornet looking great, so we can't wait to see what else they can do!

And that's a wrap on 2018! We're happy to be able to recognize these three projects, which are just a few of the many very cool undertakings by the Wing Commander community. Who knows what projects will make an impact in 2019? We can't wait to find out!