So quick update whilst I debug collision meshes. Here's a revised texture with the Confed star on it. Thoughts? is it a keeper or do you want to go with the original unmarked version?

My vote would be "yes" for the star.

I vote "Yes" for star version.

The star fits nicely on the blue stripe, so I vote "yes".

Star vote from me as well.

Had a couple of other ideas as to how the star might look, so I tried to make a quick little mockup. I think I'm more partial to the left one (same color as stripe, gap to fit the circle and the point of the star) 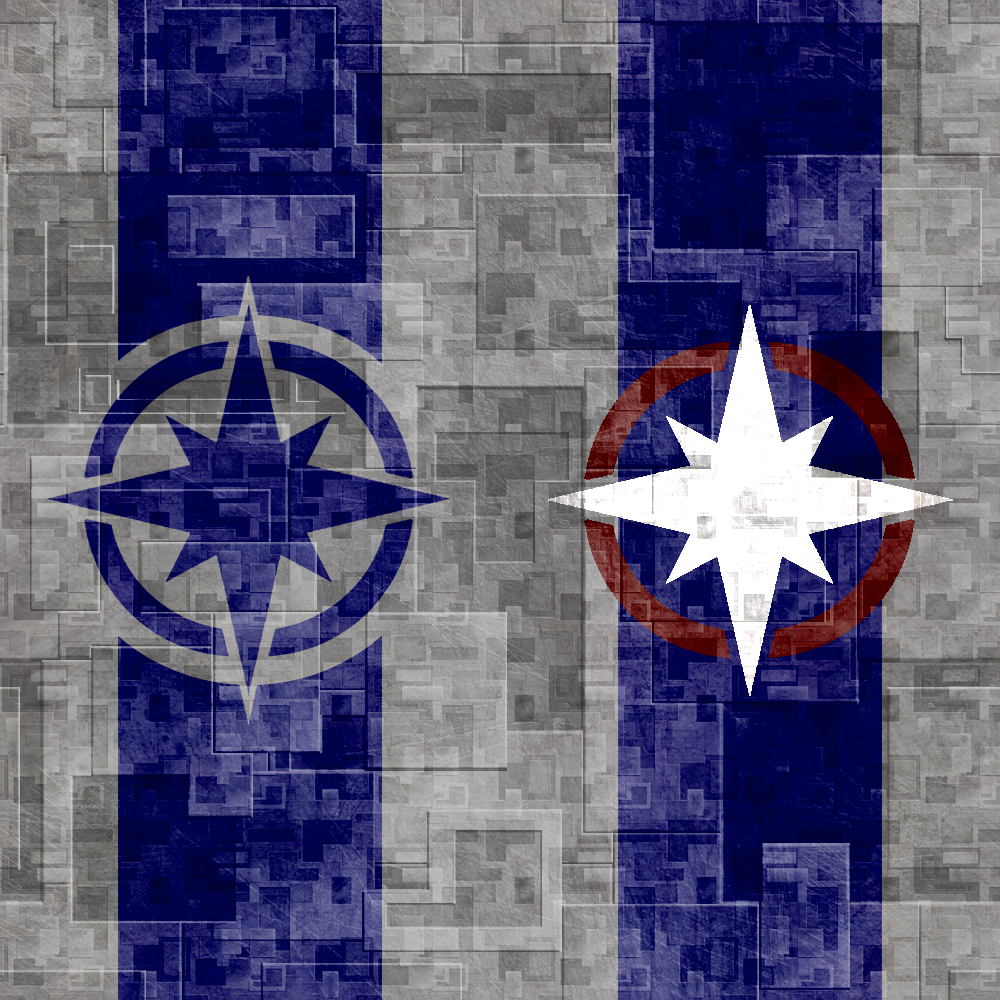 I rather like the one on the left as well. I think that would look great on the side of the Plunkett.
G

The left one from @SabreAce for me too. Has a nice blend.

Ok here are the options. As much as I liked Saber Ace's concept, it looks a bit too stylized in execution for a military vessel IMO. I think the plain white star is a better look, but that's just me. 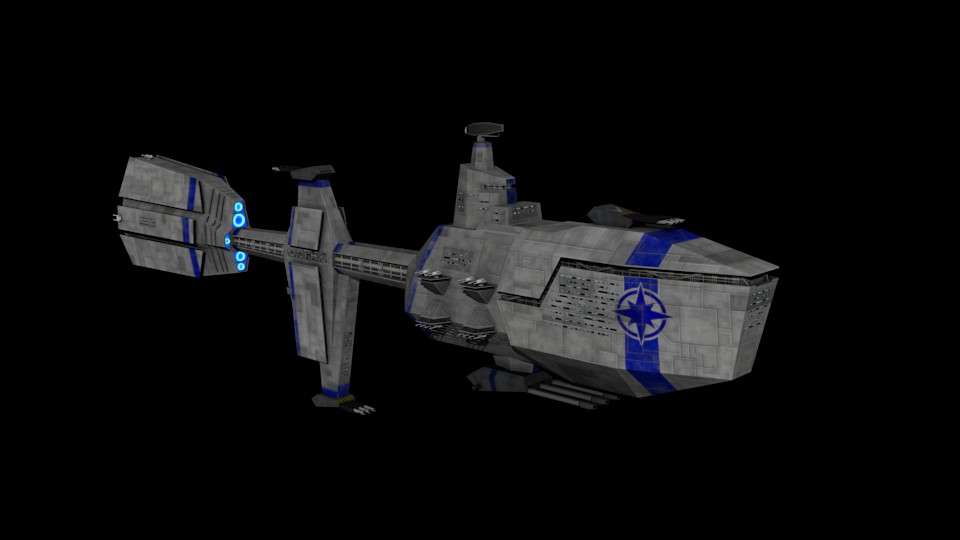 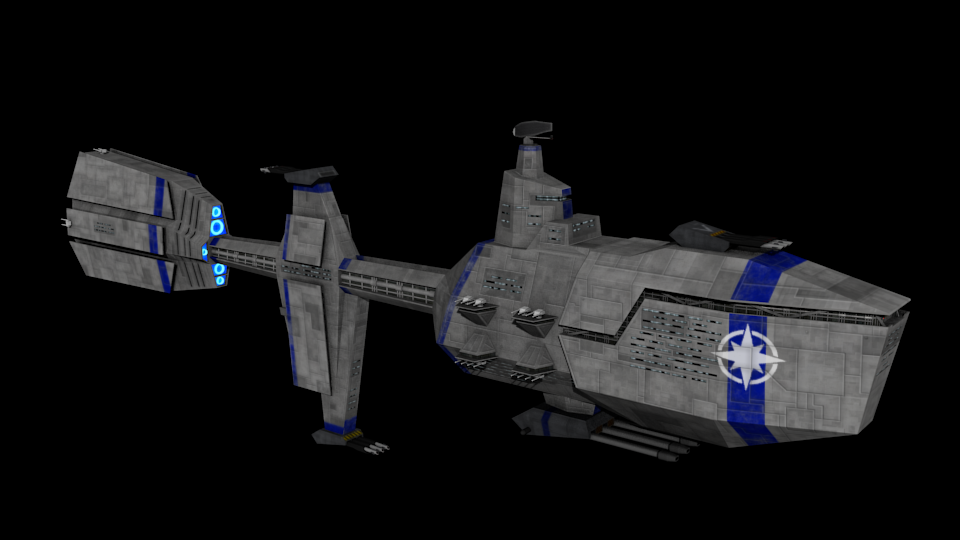 I think the white star vessel fits better, since the stars on the midway where white too, IIRC

White star is best.
And while I'm at it:
@DefianceIndustries, how many of 1024x1024 textures do you use for Plunkett and Murphy?
G

Isn't the midway's stars actually unpainted hull surrounded by blue paint? Like someone cut out a paper star, sprayed over it and peeled the paper away.

Anyway the whit star certainly stands out. May be could be a little more subtle? Maybe faded a bit? But it is clearly the favourite.

Dark Sentinel said:
White star is best.
And while I'm at it:
@DefianceIndustries, how many of 1024x1024 textures do you use for Plunkett and Murphy?
Click to expand...

both have 2 textures, the base hull and a second one for all destroyable and illuminated objects. The Cerberus has two 1024x1024 and two additional ones at 512x512 for the hangar and plasma turret. It's best to aim for two though.

gr1mre4per said:
Isn't the midway's stars actually unpainted hull surrounded by blue paint? Like someone cut out a paper star, sprayed over it and peeled the paper away.

Anyway the whit star certainly stands out. May be could be a little more subtle? Maybe faded a bit? But it is clearly the favourite.
Click to expand...

yeah I'll dim it some.
G

DefianceIndustries said:
yeah I'll dim it some.
Click to expand...

Keep up the great work!

Quarto said:
The problem with UE, though, is that originally I just wanted to do a very basic clean-up update - convert it to new DLLs, fix any bugs I find in the missions, and leave it at that. But appetites will grow. In particular, new models will demand new cutscenes as well (we did have pre-rendered cutscenes in UE...). And undoubtedly it will seem odd to have fancy new graphics while sticking with the old voiceovers - overall quality of the voiceovers in UE was somewhat below Standoff, primarily because we cheated wherever we could, so most pilots only had special voiceover lines recorded, while their generic lines were straight from WCP (they even called you Casey!). And when you change voiceover - ah! Well, then, you might as well rewrite all the bad lines, right? And while you're at it, you can write a few extra lines, and add a few extra missions, why not? Oh, and surely, it's much more plausible now to have cutscenes with people today than it was back then - just create a few background models, a few bits of uniform, stuff it all into Skyrim and record people cutscenes machinima-style. Why, you can even have Kilrathi characters then, very convenient for UE. Thus things can grow, and grow, and grow, until finally you realise you're really starting out all over again instead of just tweaking the original game. Yeah, things can go downhill all too quickly and horribly.
Click to expand...